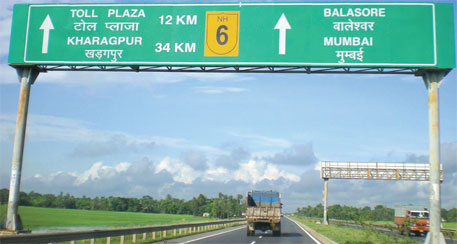 THE Union Ministry of Environment and Forests (MoEF) has tied itself up in knots on the issue of clearances for highways. To ease the process of starting linear projects like roads, the ministry has allowed project work to start in non-forestland even before the forest clearance is granted to forest patches that may fall in such projects. MoEF has, however, refrained from modifying the current norm which stipulates that forest clearance should precede environment clearance. As per the law a highway project cannot start without an environmental clearance.

At the centre of the debate is a 2011 MoEF order that made it mandatory for projects involving forestland to obtain forest clearance before applying for environment clearance. Before this, the two clearances were independent of each other. As a result, in many cases project developers put pressure on the government to grant forest clearance on account of investing huge amounts of money after getting environment clearance. MoEF’s order was endorsed by the apex court in June last year while it passed a judgement in the Lafarge case.

NHAI says the linking condition holds good for localised projects like mining but not in the case of highway projects. “The projects of the applicant authority are linear projects, in which there is minimal involvement of forests. In case forest clearance is not granted, those parts (forest) of the highway would not be touched,” states NHAI’s court application. It adds many contractors have terminated their contracts due to delay in receiving clearances. Recently, GMR Infrastructure pulled out from the Rs 7,200-crore Kishangarh-Udaipur-Ahmedabad highway project.

Just after NHAI had announced its decision to approach the court, MoEF issued an order on January 7, saying linear projects can be allowed to start work on non-forestland even if the forest clearance is pending, provided the proponent certifies that in case the clearance is declined the project can be executed on an alternate alignment. Many saw the order as a step that will address NHAI’s concerns. The order, however, did not say anything on de-linking of the clearances. An MoEF official said, “It will apply only to the projects which either do not require environment clearance or have already received it. To de-link we will have to seek the modification from the court in its guidelines issued in the Lafarge judgement.”

In a separate application to the court, NHAI has also demanded exemption from taking approval of gram sabhas for widening of roads under the Forest Rights Act. NHAI claimed the land along the highways traditionally belonged to it in which it had carried out plantation. To conserve those plantations the status of those areas were upgraded to protected forests. Since the tribals did not depend on those land traditionally, NHAI should not be insisted to take permission of gram sabhas, it said. A committee of secretaries, formed by the Union law ministry to fast-track clearances for highways, has favoured the NHAI demands.