Academic research stands much to gain from open digital access 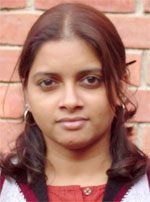 In mid-February this year, a new disease gripped me and many like me. We kept clicking on and refreshing a much used web link; pored over chat rooms, blogs and social networking sites sharing symptoms, discussing cures and hoping for a miracle. Library.nu had gone dead. Funerals tend to bring together people hitherto unknown to each other, and a large community discovered itself in this grief. The deceased site, earlier known as Gigapedia, with a formidable collection of books for free download, was indisputably the most important place on the virtual earth for students, researchers and academics worldwide. Concerted joint action by 17 leading international publishers had finally succeeded in shutting it down.

As a regular user of library.nu, I both accessed books and later uploaded material. As the arguments for and against Internet-facilitated piracy of books, music and movies are well rehearsed, I do not want to repeat them. Rather, I start with the understanding that the advantages of open digital access are immense for academic research. Royalties from academic publishing contribute to just a small share of the income of authors, and even this comes mainly from a certain genre of textbooks. Authors have much to gain from wider availability of their work on such platforms, and hard copies will continue to find buyers. I did not stop buying books I could afford even when their downloadable copies were available.

Institutional library access has been the only source for academic material and in much of the non-western world, institutional infrastructure is woefully inadequate in meeting demand. The irony of the matter is that the digital format enables solutions for many of the issues and bottlenecks of academic publishing like the time lag between hardcover and paperback editions, economic non-viability of publishing out-of-print books or bringing out regional editions. E-books ought to have been priced much lower, given the nature of the product, yet the publishing industry has not done so. E-book readers, on the other hand, trap users into a web of monopoly controls. In such a scenario, free downloading will flourish and indeed other book hosting sites emerged soon after library.nu was forced shut.

The library.nu experience was valuable for another reason. It allowed for the creation of a library, more expansive and diverse than what the best of libraries could ever hope for. Social science researchers, for instance, work with a range of sources, including booklets, occasional papers, policy recommendations and propaganda and advocacy material brought out by a large number of groups--NGOs, think-tanks, aid agencies, and social movements. Much of this is available in a digital format, but circulates only among small circles or is scattered all over the web. An open, online, participant library allows such sources to exist alongside conventional material and enriches research. Library.nu contributors took care to increase visibility of books through keywords, synopses and other details. Likewise, digitisation of archives, now undertaken by most archives, must be accompanied by open access as it frees up research grants and is also important because knowledge building is a popular and collective exercise

To this end, tremors have already been felt in a formidable bastion of exclusivity in academic publishing. With Harvard University announcing that it was finding it difficult to foot the bill of journals and scientists beginning a boycott of publishing cartels, the most keenly watched battle in the coming years would be over journal publications. All the academic tasks in journals are undertaken for free, as part of the professional duties of a researcher. Unlike books, there are no royalties involved. Yet, the cost of journals brought out by the big publishing houses are prohibitive, both for digital versions and hard copies. Further, with digital versions, publishing houses actually make super-profits because here, we pay for limited usage. Unlike hard copies, digital versions are not available once subscriptions have lapsed. Many journals do not even permit whole issue downloads. It is time for academics worldwide to think in terms of affordable journals and other ways to take back research from the clutches of the publishing industry (despite the commendable work done by jstor and other archives of back issues of journals, these also need price rationalisation).

Unfortunately, the post 6th Pay Commission rules, applicable to university-based research in India for assessing the quality of research, makes the task all the more difficult by unthinkingly celebrating "international" journals and publishing houses. This is a challenge Indian academia has to take on.