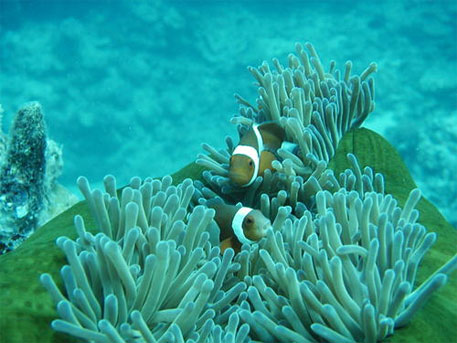 To determine the market value and potential of coral reefs and mangrove ecosystem services, Australia and the Philippines have joined hands to launch a pioneering project, Capturing Coral Reef and Related Ecosystem Services (CCRES). Under the landmark initiative, the two countries will work together to develop innovative models for valuing mangrove, seagrass and coral reef ecosystem services, known as the “natural blue capital”. This will have the potential to enhance the sustainability of marine-based enterprises in select coastal communities in the Philippines, Biodiversity Management Bureau (BMB) director Theresa Mundita Lim, was quoted as saying in media reports. She added that the project recognised the value of blue capital and its potential for growth. “It will help us convince stakeholders that the environment is a good investment as it benefits the communities. The science will be useful in helping us make informed decisions about other projects we need to identify and implement, and in answering queries about budgetary allocations,” she said.

The project launch on July 7 was attended by the representatives of the project implementation partners, including the UP Marine Science Institute; Palawan Council for Sustainable Development; the municipal government of El Nido, Palawan; Palawan State University; El Nido Foundation; and the Department of Environment and Natural Resources through its BMB.

The El Nido, a municipality and protected area in the western Philippines province of Palawan, will serve as the pilot site for the project. The protected area, which covers over 54,000 hectares of marine waters and 36,000 hectares of land, is a favorite eco-tourism destination for its natural features like limestone cliffs, mangroves and clear waters, which are home to many endemic flora and fauna. But the tourist boom, population growth and inflation are areas of concern for the environment.

“Coastal communities can then develop new eco-friendly and sustainable enterprises to increase revenue and improve their resilience to climate change impacts,” Lim said.

Apart from the Philippines, the project will also be implemented in Indonesia for a period of five years. One of the implementing agencies, the Global Environmental Facility, has committed $4.5 million for the project through the World Bank.

High cost of dredging on Great Barrier Reef
The Great Barrier Reef in Australia, meanwhile, is already reeling under the impact of expansion of Abbot Point port, north of Bowen in Queensland. Documents obtained under freedom of information from the Great Barrier Reef Marine Park Authority (GBRMPA) reveal that the amount of money needed to maintain the water quality following dredging to expand the port could be as high as $1 billion, reports a media house. This is $998 million more than the estimate of the project developer.

Besides the discrepancy in economic costs, the expansion of Abbot Point also poses grave environmental risks. Its expansion will allow for a greater volume of shipped coal exports. But critics claim that digging up the seabed and dumping it within the Great Barrier Reef Marine Park will smother corals and kill marine life.

Media reports say that previous freedom of information documents reveal the concerns of the Australian Institute of Marine Science on how dumped sediment could travel further than previously thought and potentially endanger the reef’s corals and seagrass.