Green economy in the context of sustainable development and poverty eradication are the two themes of the summit, but consensus eludes on both fronts, writes Betwa Sharma from New York 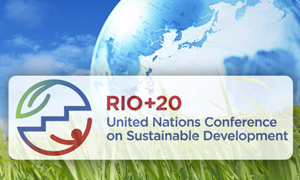 Putting the world on a viable sustainable development track has never been easy. The three-day UN summit on sustainable development at Rio de Janeiro in Brazil begins on June 20. An assembly of world leaders is expected to put its stamp on a global vision for the future, but the challenge of the conference is ensuring clearly stated outcomes.

The past five months, the run-up to Rio, has seen the negotiating text expand ten times, peaking to some 200 pages at one point. When the negotiations wrapped up on June 2 at the UN headquarters in New York, the text was about 80 pages. Of this, one-fifth has been agreed to, though, negotiators say, it had been a needlessly text-oriented technical debate. Paragraphs were merged, explanations given about amendments, overlaps identified and edits streamlined.

Seventy paragraphs are under the belt; 259 paragraphs remain to be settled. Work will resume on 13-15 June at Rio. This will be the last round of the negotiations before the summit. It would appear that the negotiators huddled in the UN missed the big picture. The debates focused on the narrow, they said after meetings, instead of looking at the broader political economy of environment and development issues, expected from a super-summit with a lens on the entire conservation tapestry.

The agenda and sustainable development goals

The Rio+20 Summit this year will see a renewal of political commitment for sustainable development. The Stockholm Conference of 1972 for the first time ensured universal acceptance for the environment. Stockholm parented the United Nations Environment Programme (UNEP). The Rio conference of 1992 linked the environment and development agendas while founding the climate change and biodiversity regimes.

SDGs, experts say, will ensure that sustainable development stays at the top of the global agenda. The Millennium Development Goals (MDGs) process, catering to basic human needs, runs its course in 2015. SDGs go beyond poverty and deprivation, and address both rich and poor countries. The SDG and MDG tracks are expected to get integrated to become resource-efficient as well.

There is division on the upgrading of UNEP as a specialised agency. Africa would have liked the promotion of UNEP, headquartered in Nairobi, to a higher league in the UN institutional hierarchy, as also sought by the European Union (EU). India, along with many other developing countries, is wary in not wanting the environmental “pillar” to trump the other two “pillars” of economic and social development. The US reservations on UNEP have been long-standing. A cautious India seeks UNEP strengthening in the content of programmes, enhanced resources and universal membership (58 members of UNEP's governing council are elected by the UN General Assembly (UNGA) for four-year terms, taking into account the principle of equitable regional representation. Universal representation would mean all members of UNGA would become members of UNEP).

The EU is also the chief advocate of the green economy, which is seen by many, including India, as a potential barrier to market access, while putting at risk poverty eradication programmes on account of environmental standards. The Rio+20 summit has just been preceded by the Durban climate meet where so much debate about the Rio principles had taken place. The Rio+20 negotiators are conscious that the EU had emerged as a strong voice in Durban, which would influence significantly the summit outcomes.

Many developing countries underline that green economy is just one of the routes to sustainable development. At the same time, the need to break down green economy has been emphasised—both what it is and what it’s not. Now, with the mellowing down of the green economy as a strong deliverable, the EU is suggesting targets for specific themes, such as energy, water, green jobs, oceans, sustainable cities and others. But developing countries say that this prejudges the SDG process, their concerns compounded by lack of money on the table and the constant slighting by the developed countries of the Rio principles that have differentiated the have-not countries from the haves.

It seems doubtful that the world community in today’s state of economic gloom has the appetite for pledging the requisite resources for sustainable development. The drying up of North-to-South resource channels is a problem. Finances and technology have to be provided to developing countries to meet the global SDGs articulated in the national development plans. Negotiators of developing countries say that rich countries are not talking about government budgets. The chatter now is more about mobilisation from capital markets and incentives to facilitate financial flows. Similarly, most of the patents are privately held, leading to question marks on sourcing and channeling investment flows for innovations.

Developing country negotiators are also worried about the fragmentation of effort. They despondently speak of the current mood reflected in the uncertain state of the Kyoto Protocol. The climate protection agenda, running aground today, was rooted in the Rio Summit of 1992.

The positions taken by the big players on the North-South equation are increasingly at odds. The industrialised countries, pegging their argument on the rise of the emerging economies, say that the assumptions for the Rio norms of 1992 no longer exist and advocate a re-look at the principle of common but differentiated responsibilities (CBDR). The US has been the most vocal on this. On the other hand, India seeks a re-endorsement of CBDR and  other equity principles. Many, however, hold that India appears to have conceded some of its position at Durban, where the closed CBDR doors were prised open somewhat in the closing moments of the conference for an “everybody-must-do-something” approach.

At the same time, negotiators are conscious that Rio+20 must succeed. A post-2015 vision has to be generated, including on sustainable consumption and production along with concrete ideas on sustainable energy, and agreeing on an institutional framework around a high level political forum.

Some negotiators say that since hopes for Rio+20 are realistic, the summit could end up delivering more than the expectations held. It is widely believed that Brazil has already prepared a nicely worded ready-for-the-oven text with the toppings to be added at the Rio summit. Brazil, the soon-to-be hosts of the FIFA World Cup (2014) and the Olympics (2016), would be cheered on to hit the winning goal before the home crowd as early as 2012.