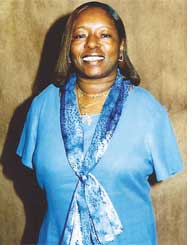 TAWANA WILLIAMS types, eats and braids hair with her feet. She does not have a choice. She entered the world without arms. Williams, born in Wilson, USA, was one of the 12, 000 babies around the world who either died or were born with severe limb defects in the early 1960s— the period that went down in history as the years of thalidomide tragedy.

Thalidomide, first launched in 1957 by a West German company, Grunenthal, was marketed as a sedative to a sleepless post-World War Europe. Someone accidentally discovered that the drug also cures nausea. Soon the medicine began to be prescribed to pregnant women all over the world for morning sickness. The babies of these women were, tragically, born with congenital deformities, primarily shortened or completely absent limbs. The manufacturers, apparently, failed to detect harmful effects in their studies on rats and mice—high doses, the company claimed, did not kill.

Thalidomide, a chiral molecule, exists in two forms. The marketed drug is a mixture of the two forms in equal amounts. Its ability to disrupt growth of the human embryo (teratogenicity) is caused by one of the forms. The mechanism was unclear until recently.

Scientists at Japan’s Tokyo Institute of Technology published a study in the March 12 issue of Science in which they explained the possible molecular mechanism behind the drug’s teratogenicity.

They found that thalidomide binds with a protein called cereblon (CRBN) which helps trigger an enzyme (E3 ubiquitin ligase) responsible for limb formation. “We used zebrafish to study the effect of thalidomide on the embryo and found the drug causes teratogenicity through its binding to CRBN, inhibiting the release of E3 ubiquitin ligase”, said Hiroshi Handa, lead researcher. The researchers repeated the procedure on chick embryo and got the same results.

“The work is significant as it has found a direct thalidomide target in the early phase events (upstream) of the drug,” said Suvro Chatterjee of Anna University-K B Chandrashekar (AUKBC) Research Centre in Chennai, who has been studying the anti-angiogenesis (prevention of blood vessel formation) property of thalidomide. “Most of the work so far has described targets in the later phase events (downstream signaling) of the drug,” he added.

Neil Vargesson, developmental biologist at the University of Aberdeen in Scotland, said, “Several questions remain. In particular, thalidomide caused a range of defects in the embryo including shortened or malformed limbs, kidney and eye defects. We still need to know if CRBN or some other binding proteins are involved as well.”

Vargesson’s team looked into the drug’s anti-angiogenesis actions last year. They found thalidomide stunts blood vessel growth in a developing embryo. Pregnant women were prescribed with thalidomide early on in their pregnancy, usually around five to nine weeks, which is a crucial time for limb formation. The blood vessels are still immature and they are rapidly expanding to accommodate the outgrowing limb; this is when thalidomide strikes. It would be interesting to see how CRBN fits into this picture.

After being taken off the shelves in 1962, the drug made a comeback in several countries a few years ago. In 2006, the Food and Drug Administration (FDA) of the US lifted the ban on the drug and allowed limited distribution for treatment of leprosy and multiple myeloma, a form of cancer. Anti-angiogenesis, the same property that makes the drug toxic to the embryo, is finding use in the treatment of the cancer, while the drug’s anti-inflammatory property can counter leprosy. Japan allowed its use for cancer treatment in 2008. Dabur India Limited got approval from Central Drugs Standard Control Organization to market it for treatment of leprosy in India in 2002.

In Brazil, too, it was made available a few years back. Several new cases of thalidomide babies were reported. This goes to show that drug distribution entities often do not issue precautions while handing out thalidomide. Though it was not approved by the FDA during the 1960s, samples were given to women. Williams’ mother was among them. She was prescribed with thalidomide in her early trimester in 1962.

Scientists are hopeful of safer thalidomide versions in future. “When the drug’s binding target is known, avenues open to engineer the molecule for better action,” said Chatterjee.