Too many centuries may not win the match 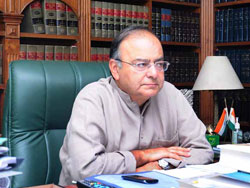 While praising Narendra Modi in an orientation programme for new parliamentarians, veteran leader Lal Krishna Advani called him a rare cricket player who became the captain in his first match and scored triple centuries. This could have inspired finance minister Arun Jaitley to aim at many centuries in his maiden budget speech presented in Parliament on Thursday.

Jaitley mentioned 100 at least 32 times in his entire speech and allocated Rs 100 crore to 28 new schemes. It is noteworthy that the minister allocated Rs 200 crore for the statue of Sardar Patel in Gujarat, called the Statue of Unity. Many big schemes catering to the masses found less budgetary allocation than the Statue of Unity project.

Some of the schemes which were allocated Rs 100 crore include Beti Bachao, Beti Padhao Yojana, Van Bandhu Kalyan Yojana, Ajeevika-National Rural Livelihood Mission, to name a few. The list, however, is too long (see list below). Including the Statue of Unity, eight programmes/schemes were allocated Rs 200 crore.

A few other projects were allocated even less than Rs 100 crore. A School Assessment Programme was allocated only Rs 30 crore, while Rs 56 crore was announced to set up 100 mobile soil testing laboratories across the country.

Jaitley’s budget speech left many pondering over figures and struggling to understand logic. He said, “In order to achieve universal access to early quality diagnosis and treatment for TB patients, two National Institutes of Ageing will be set up at AIIMS, New Delhi, and Madras Medical College, Chennai.” One fails to understand the relation between TB and anti-ageing institutes. Similarly, the minister included Kedarnath in the list of places which he feels are in need of ghat development and beautification. Generally, many rivers in Kedarnath flow at the base of hills. Does Jaitley plan to alter the place's natural beauty?