The report is the first official recognition of aerotoxic syndrome 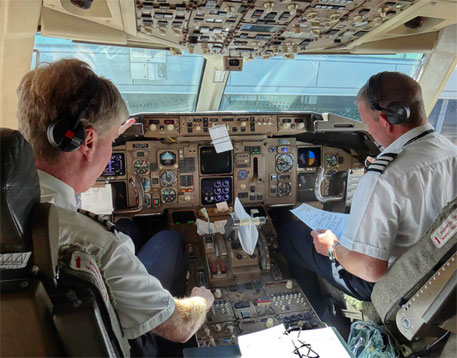 Toxic fumes circulating in aeroplane cabin could risk the health of frequent fliers and aircrew, warns a coroner enquiring into the death of a British Airways pilot.

Commercial passenger planes are equipped with a system which compresses air from the engines and uses it to pressurise the cabin. However, they have been known to malfunction and allow excess oil particles, containing hazardous organophosphates, to enter the air supply.

The United States Environmental Protection Agency lists organophosphate compounds as "very highly acutely toxic". Studies show that the compounds may be hazardous to human health even at relatively low levels.

Most airline passengers fly occasionally and will not be affected by the problem. But those who are frequent travellers and are genetically susceptible to the toxins could fall ill, Stanhope Payne, the senior coroner for Dorset county in the UK, said in his report. He has called on the British Airways and UK’s Civil Aviation Authority to take “urgent action to prevent future deaths”.

According to a UK-based news website reports, the British Airways pilot, Richard Westgate, suffered years of ill health including severe headaches, mental confusion, sight problems and insomnia before he died in December 2012 at the age of 43. He and his family were convinced that Westgate’s health problems are related to his exposure to toxic chemicals in the cockpit. Just before he died, Westgate instructed lawyers to sue the British Airways for health and safety breaches.

Now, Payne’s report has provided compelling evidence that exposure to cockpit air tainted with organophosphates caused his death. The report is the first official recognition of so-called ‘aerotoxic syndrome’ in the UK. The phenomenon has long been denied by airlines but has been blamed by some for the deaths of at least two pilots and numerous other incidents in which pilots have passed out in flight.