Rabies is endemic in most Asian countries. The genetic diversity of the rabies virus in Nepal is not known. A comparison of 24 samples collected from 2003 to 2011 in Nepal with known strains shows the presence of three groups in the country: one clade (a group of organisms considered as having evolved from a common ancestor) from the Indian subcontinent and two sub-clades from the Arctic-related clade. The research suggests that at least two independent episodes of rabies introduction from neighbouring countries occurred in Nepal. The study could provide directions for control of rabies in the country.
Source: PLOS, November 21 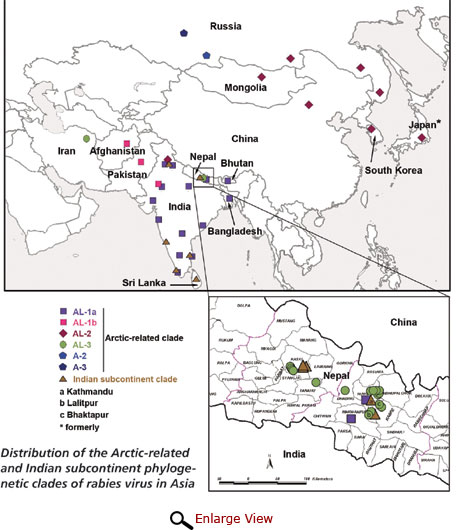