Tribal people shifted out of the Pench National Park on the Madhya Pradesh-Maharashtra border are leading a perilous life ever since they were evicted 10 years ago. They have no means of earning a living, and when they enter the forest to fish in the Pench reservoir they are fired at by forest guards. The latest in the series of incidents was the brutal killing of a fisher in the reservoir on July 1 when forest department staff shot him repeatedly with air guns and allegedly rammed their boat against him when he fell into the water. Following the incident, the tribal people of New Totladoh village have decided to file a contempt of court plea against the Maharashtra and Madhya Pradesh forest departments for denying them traditional fishing rights in the reservoir and mounting violent attacks on them. 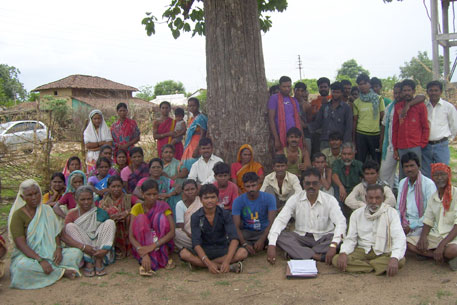 The fishers contend that a 1997 Supreme Court judgement granted fishing permits and photo-identity cards to 302 fishers living near the reservoir, about 40 of whom are residents of New Totladoh. The village, uprooted in 2002, was later given residential plots in the Wadamba panchayat in Deolapar in Nagpur district. “Since then we have not been given any rehabilitation benefits despite repeated follow-up with officials and a Supreme Court order, and our only source of livelihood, fishing in the Pench reservoir, is being denied to us,” says resident Suresh Marwadi, who holds a fishing permit and was present at the time of the incident. “Both forest officials who shoot at us and the district administration which has denied us rehabilitation benefits are guilty of contempt of court,” he adds.

Living on the edge

Clashes between forest officials of both Maharashtra and Madhya Pradesh (the Pench river marks the boundary between the two states) and New Totladoh fishers have been common since 1995, when a High Court judgement banned fishing in the reservoir. With the relocation of the village, the hostilities have grown, with frequent shooting incidents resulting in injuries to fishers, say village residents. “Forest officials do not bother to check our permits; they just shoot at us with air guns from a distance,” says resident Nandu Banot. “The incidents are so frequent that we prefer to remove gun pellets from our bodies with the help of shaving blades instead of paying the Rs 100 charged by the doctor to remove one pellet,” says he.

The attacks, say villagers, had reduced somewhat following a massive agitation after 17 fishers were injured, some seriously, in a close-range firing in January 2012 by the Maharashtra forest department. The latest attack by the Madhya Pradesh forest department was the most brutal of all, they say. 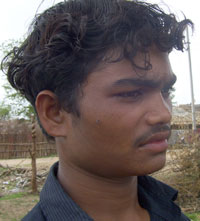 According to Chotu Sundarlal Banwari, who survived the attack by swimming to safety, a boat-load of forest guards with air-guns cornered a boat containing four youth, which had strayed away from other boats into the Madhya Pradesh side of the reservoir on July 1. “They started shooting at us from very close range and then rammed their boat into the back of our boat,” he recalls. “Under the impact, brothers Baban and Vinod Bannote, who were in the rear, fell into the water. The attackers pulled Vinod out of the water. Vinod was pleading with them to save a badly injured Baban, who couldn’t swim. Instead, they backed their boat and rammed it deliberately into Baban’s floating form. They also hit Vinod on the head with a stick,” he adds.

Realising the danger, Banwari and his companion jumped into the water at this point and swam away. They were rescued by the other fishers on the Maharashtra side of the reservoir.

Baban’s body was recovered by fishers on July 2. “There were 100 to 150 pellets embedded in his upper torso, face, head and palms,” says Bannote. “Both eyes had been pierced with pellets, and his face was smashed by the impact of the boat,” says Banwari.
Vinod was taken to Chhindwada jail and his family was able to find out his whereabouts and bail him out only on July 5. A magisterial inquiry has been ordered into the incident by the Chhindwada district (Madhya Pradesh) administration, it is learnt.

“It is true that only about 40 fishers in the village have permits and rest have no option but to sneak into the reservoir,” says Marwadi. “But forest officials never approach the fishermen to check permits—they simply shoot at us at sight,” he says.

Chhaganlal Kathoute, tribal rights activist and Maharashtra state president of Akhil Bharatiya Adivasi Kol Samaj, termed Bannote's killing as murder. Kathoute is helping the village residents organise themselves to fight for their rights. “Who has given these officials shoot-at-sight orders? Why are the fishermen being treated like dangerous criminals?” he asks.

No rehabilitation, no community forest rights

The village’s application for traditional fishing rights to the Pench reservoir, made jointly with seven other villages having similar rights, is pending with the administration since 2010. “We have made several inquiries at the SDO (sub divisional officer) office regarding the fate of the application, but we are not being given any information,” says Kathoute, “Following the January 8 shootout we met the district collector and were told that the application has not been forwarded to the district committee. There is no response either to an RTI application filed in this regard two months back.”

SDO Girish Joshi was not available for comments.

“The village has agitated endlessly for basic survival rights,” says resident Sundarlal Takot who heads the Bahul Adivasi Kalyan Kruti Samiti, under which residents are organised. “The administration has turned a deaf ear throughout. We have no facilities here except for 900 sq ft residential plots. We can’t even get fuelwood from the nearby forests.

“What's more, our men have been arrested under false cases of forest offences. We, on our part, have no choice but to keep fishing at the reservoir because we do not have any other livelihood option, but it appears that administration is not at all interested in resolving a conflict that is a threat to our safety and lives.”