The rising number of tusk-less elephants in Tanzania could be due to genetic reasons, not poaching, says the government 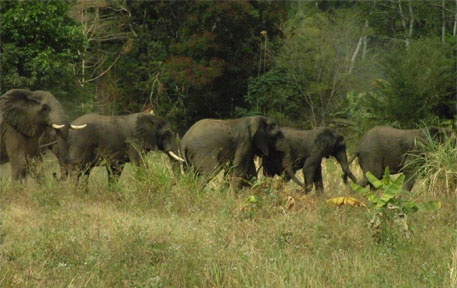 The number of tusk-less elephants is increasing across Tanzania’s national parks. While this is expected in a country known as the biggest source of illegal ivory, the government claims that the declining number could be because elephants are failing to develop tusks. It is now geared to commission a study to ascertain the reasons.

Tanzania’s news dailies report that Mahmoud Mgimwa, Tanzania’s deputy minister of Ministry of Tourism and Natural Resources, told the House that that the number of elephants without tusks is growing at an alarming rate in the country’s national park. Normally after 18 months a male elephant gets its tusks while a female one gets it at between 24 and 30 months. However, said Mgimwa, DNA tests carried out had shown that some elephants fail to develop tusks.

According to the news reports, Mgimwa noted that Tanzania Wildlife Research Institute (TAWIRI), a parastatal organization under the Ministry of Natural Resources and Tourism, had already embarked on some preliminary researches into the increasing number of tusk-less elephants in the country’s parks, particularly in the national parks within Mikumi, Ruaha and Katavi, Mgimwa. He revealed that preliminary survey in Mikumi National Park in 2014 (January, February, May and June) showed that about 10 per cent of elephants were tusk-less. “This number is within the normal boundary of tusk-less elephants in other African countries which are from 2 per cent to 20 per cent,” the minister said.

He announced that his government would allocate funds for further research in the financial year of 2015-2016.

Mgimwa’s comments were in response to a question by Rajab Mbarouk Mohamed of Civic United Front who wanted to know the reasons for increasing number of elephants without tusks in the country. Mohamed had linked the situation with rampant elephant poaching that the country is experiencing.

Global trends and factors associated with the illegal killing of elephants: A hierarchical bayesian analysis of carcass encounter data