Haiyan, which has claimed over 10,000 lives, is reportedly one of the strongest storms on record 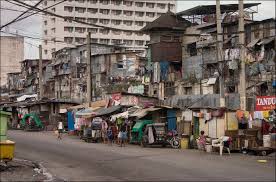 Typhoon Haiyan, which claimed over 10,000 lives in Philippines, reached Vietnam and China on Monday, according to news reports. The typhoon has crashed into Philippines on Friday morning and claimed many lives.

Almost 600,000 people have been evacuated in Vietnam. An orange alert, the second-highest warning in its weather system, has been issued in China, according to media reports.
In Vietnam, at least 10 people have died while preparing to escape the typhoon, the Vietnamese government website said. Media reports suggest that some people in the country complained the warnings came too late.

According to news agency Xinhua, gales and rainstorms brought by the typhoon have cut power supply, led to waterlogging and uprooted trees in some urban areas in the resort city of Sanya in China. Haiyan is believed to be the 30th and strongest typhoon to hit China this year.

Typhoon Haiyan, this year’s deadliest storm, had hit Philippines at a speed of 195 mph (315 km/hr). Reports suggest that four million people have been affected in the Philippines and many are now struggling to survive without food, shelter or clean drinking water. Leyte Island in Philippines has reportedly witnessed maximum deaths.