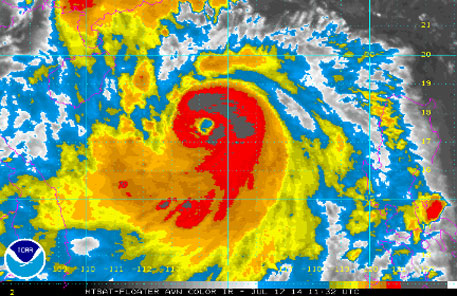 After causing devastation in the Philippines, typhoon Rammasun  is moving towards India. But its impact will be positive for the country as it will bring rains to the nation experiencing high monsoon deficit.

"Rammassun will lead to a circulation in Bay of Bengal around July 20. This will have positive impact on southwest monsoon and will trigger rains in India," said L S Rathore, director-general, meteorology, India Meteorological Department.

Typhoons are tropical cyclones that produce strong winds and rain and can generate high waves. They form in the northwestern Pacific Ocean and may occur year-round, although the peak months are from June to December. Their strength and path can change quickly, so it is important to monitor local weather reports.

Rathore said typhoon activity in the Indian Ocean at this time is a common phenomenon.

However, a typhoon activity in Bay of Bengal at this time is crucial for India, which until last week was facing the threat of a severe drought.

Rammasun has been devastating for Philippines. It claimed at least 38 lives. According to official figures, the storm destroyed about 7,000 houses and damaged 19,000. More than 530,000 people had taken refuge in evacuation centres.