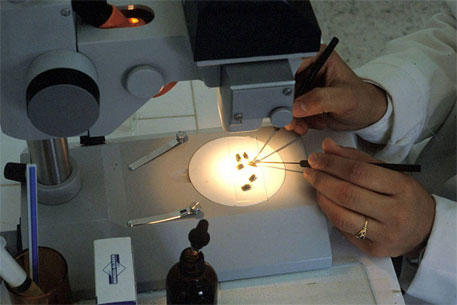 The UN’s Food and Agriculture Organization (FAO) along with World Health Organization has released a “top-ten” list of food-borne parasites on the basis of their global impact. The list is an attempt to increase awareness in the media, policy makers and the general public regarding this public health problem. It is hoped that the list would help develop guidelines to control them.

The list and supporting report—Multicriteria-based ranking for risk management of foodborne parasites —were developed after a request from Codex Alimentarius Commission, the global food standards body, to study and review existing knowledge regarding parasites and their impact on food and trade.

The rankings include the food products in which the parasites are found :

• Echinococcus multilocularis (a type of tapeworm): In fresh produce

Twenty-two countries contributed data to the study following FAO’s request for information. The criteria for shortlisting the parasites included the number of people affected globally, global distribution, acute morbidity, chronic morbidity and the subsequent economic impact. These rankings are, however, on a global basis, and the list may vary from country to country.

"Obviously this top ten is a more general, global perspective and does not necessarily reflect parasite rankings at a national level where each country may have more precise information," said Renata Clarke, head of food safety and quality at FAO. "But considering the problems they cause, these parasites do not get the attention they deserve. We hope that by releasing a top 10 ranking we can increase awareness among policy makers, the media and the general public about this major public health issue," she added.

On the basis of this list, and further scientific data provided by FAO and WHO, the Codex Committee is now looking to introduce new standards for global food trade, in order to control the entry of  these parasites into the food chain.

Advisory
The report also lists a number of ways to prevent parasite infections. It advises that the use of organic fertilizer be closely monitored to ensure removal  of all faecal matter. It also advises the monitoring of water quality, and that consumers wash and properly cook all produce.