Unpacking europium, the mainstay of the lighting industry

The rare earth metal is all around us—in flouorescent lamps, display screens, televisions to smart tablets and phones. But is deep mining the only way to obtain it 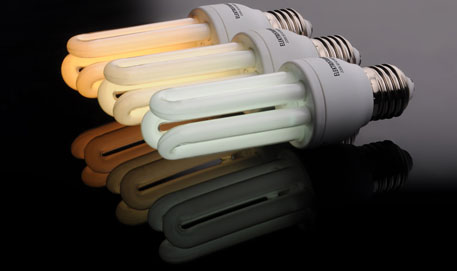 The story of the lighting industry is a story of tweaking—getting more light with less effort, brighter light with less energy. For centuries, as the sun went down, people used candles and animal fat for light at home and at work. A twine surrounded by a fat or oil burned and released an awful lot of heat, and some light. Then came kerosene, offering a fuel that made the light stay longer. These were incandescent sources – ways of getting light as a byproduct of something hot and glowing. It was how we lit up our days—sunlight from a star that is essentially a giant ball of bright, hot gases—and it was how we lit up the moments after dark.

In the late nineteenth century, oil and wax gave way to another incandescent source, the light bulb. Instead of lighting a match to an oiled wick, people could flick a switch to pass electric current through a filament enclosed in an oxygen-free cavity. The filament would burn and glow longer than any candle.

Unconnected to this story of lighting, in 1890, Paul-Emile Lecoq de Boisbaudran, a French chemist, noticed something odd in the concentration he had made of two elements, samarium and gadolinium. He noticed that it gave out spectral lines – signals that are unique to substances – that were not of samarium or gadolinium. He brought it to Eugene-Anatole Demarcay, a chemist who had gained a reputation for figuring out these spectral lines, like “the score of an opera”, according to his colleagues.

Demarcay suspected Boisbaudran's sample was contaminated with an unknown element. By 1901, he had come up with a new crystallization technique to isolate this unknown element and published his findings in a French journal, Comptes Rendus. “I propose the name Europium for the new element,” he wrote, “with symbol Eu, and atomic weight 151 (approx.).” He also noticed that a compound of this new europium (named after the continent Europe) glowed a bright red when exposed to light. It was a phosphor, a word derived from ancient Greek that means light-bearing. It wasn't the first such material, but decades later this property would cement the place of europium as a mainstay in the lighting industry.

Europium is all around us, sprinkled inside billions of fluorescent sources around the world. Fluorescent lamps are coated with a variety of phosphor compounds, including europium, and filled with a mercury vapor. Electric current excites the mercury, and the energy is released again as ultraviolet light. When this ultraviolet light strikes the phosphor compound coated on the inside of the lamp, it glows with a unique color.

Europium emits bright reds and blues that really stand out. Another element, terbium, gives out greens. By combining the reds, greens and blues from different compounds, compact fluorescent lamps (CFLs) can emit white light, and run for hundreds of hours longer than incandescent bulbs. The same europium ions also enable bright reds and blues on a wide variety of display screens, from televisions to smart tablets and phones.

It doesn't take much europium to do this job. Usually, less than a gram of europium goes into every CFL or flat panel display. All of the world's devices only need about about 500 tonnes, a mere 0.4 per cent of the rare earth mining industry. But it's a valuable and growing market. And in an economy that depends so much on europium's light-bearing properties, the options are clear – dig for more europium, find a substitute or recycle what's out there.

Digging more is largely what is done today. Most of the world's europium comes from mines in China, where it is extracted from the huge mineral deposits of bastnäsite and monazite. Up to 2008, China was mining and producing more than 95 per cent of all rare earth metals. The market got a jolt in 2009 when China clamped down on its exports. This increased europium oxide prices ten-fold, going from about US$400 per kilogram in 2009 to about US$4,000 in 2011 (there are new mines today in the United States and Australia, and europium sells at about US $1,000). The United States’ Department of Energy published a Critical Metals Strategy report, which evaluated 16 elements used in clean energy technologies. It concluded that five metals, including europium, are at a critical state: they are indispensable and have a high supply risk. Further, in 2013, a group of researchers from the Yale School of Forestry and Environmental Studies checked out 62 different metals and concluded that europium, along with 11 other metals, have no adequate substitutes. Europium is critical, and there's nothing to replace it yet.

That leaves recycling. Less than one per cent of such rare earth metals are recycled, according to a 2011 United Nations Environment Program (UNEP) report. There is very little incentive for companies to invest in getting the fraction of a gram of europium embedded in every lamp or LCD screen. But even with the low quantities, there is a case for recycling. Digging deeper and wider for more new ore takes up about seven per cent of the world's energy consumption, and, in the long term, recycling a metal may be two to 10 times more energy efficient than refining it from new ore, according to the 2011 UNEP report.

There's been some effort of late. In the last few years, Osram, the multinational lighting manufacturer, has been working on a patented mechanical and chemical process to leach out the fluorescent powders from used lamps. The Solvay Group, another chemical products giant, started operating two recycling plants in France in 2012. But these are the exceptions, not quite at the scale in which fluorescent lamps are recycled for the mercury, or lead-acid batteries for the lead.

The story of europium over the last century has aligned with that of clean energy lighting technologies. To be more energy and cost efficient and to get the right kind of light, the irony is that we dig in the dark depths of far away mines for tiny specks of an expensive element. A natural next step would be to efficiently recycle the europium, a way to harness the earth's dust into re-usable light.