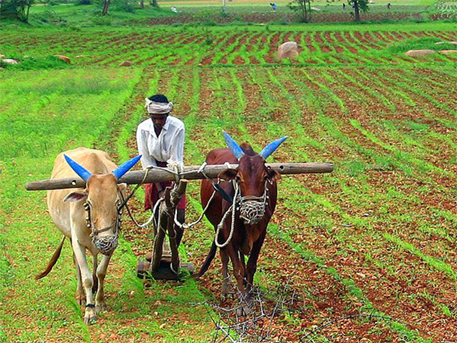 Urban farming is playing an important role in global food security, finds a new study. The international team of scientists that conducted the research used satellite imagery to carry out the study and found out that around 456 million hectares—an area the size of European Union—is being cultivated by city dwellers across the world.

The research, which appeared in the journal Environmental Research Letters, aims to highlight the role that urban farming can play in food security and sustainable development.

Pay Drechsel, co-author, told BBC, “This is the first study to document the global scale of food production in and around urban settings.” Drechsel is a scientist at Colombo-based International Water Management Institute, a non-profit research organisation that focuses on the sustainable use of water and land resources in developing countries.

According to the BBC, the UN data shows that more than 50 per cent of the world's population now lives in urban areas. "We could say that the table is moving closer to the farm," observed Drechsel.

"The most interesting factor when we look at India is that we could map the whole country as urban or peri-urban because there are so many towns and cities,” he added.

The study also finds that urban farming helps in controlling flood, increases job opportunities for the poor and puts marginal lands into productive use. "These farms are now recycling more wastewater than local treatment plants," he observed.

The study suggested that the urban croplands will play a greater role in densely populated and water-scarce regions, especially in South Asia.