Cities will be too hot to live in future, says new UNEP report 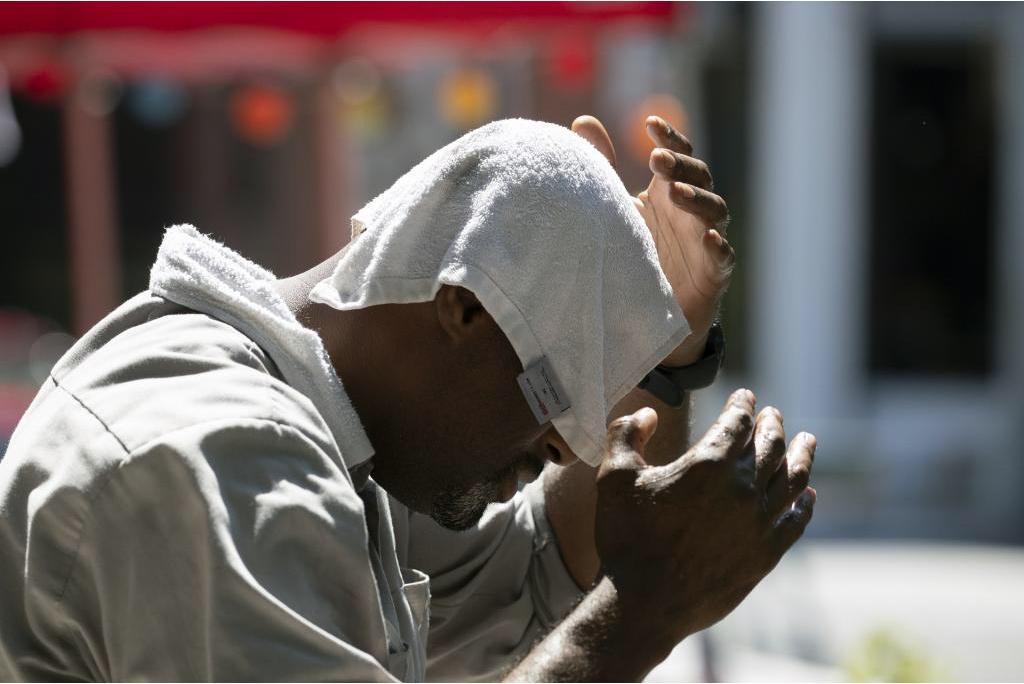 Cities will be the hotspots as global warming continues unabated, according to a new report by the United Nations Environment Programme (UNEP) titled Sustainable Urban Cooling Handbook.

Overheated cities will face climate change costs that are more than twice those of the rest of the world because of the urban heat island effect. The study also suggests that higher temperatures can lead to greater energy use for cooling, increased air pollution, worsening water quality and loss in worker productivity. It is based on an analysis of the world’s 1,692 largest cities,

How hot are cities?

Depending on the climate zone, the urban heat island effect can raise urban temperatures as much as 5 degrees Celsius, compared with surrounding rural areas.

The urban population exposed to high temperatures — that is average summertime temperature highs above 35˚C (95°F) — is expected to increase by 800 per cent to reach 1.6 billion by 2050. According to the World Health Organization, the number of people exposed to heatwaves has already jumped by 125 million between 2000 and 2016.

The International Labour Organization (ILO) projects on the basis of a global temperature rise of 1.5°C by the end of this century that in 2030, the equivalent of 80 million full-time jobs could be lost worldwide due to heat stress.

This will result in global economic losses of $2.3 trillion. The impact will be unequally distributed around the world: Low-income countries (which have fewer resources to adapt to excessive heat), especially in the hot regions of southern Asia and western Africa, are likely to be the worst hit. They will lose around five per cent of working hours due to excessive heat.

The situation is further compounded by the rising potential for major electric grid failures during extreme weather. These, when coinciding with heatwave conditions, can expose large populations to severe heat stress both outside and within buildings.

What will be the impact?

The Handbook cites an assessment of 13 cities across different countries which suggests that each degree of increase in the ambient temperature causes an average increase in peak electricity demand of 3.7 per cent.

The International Energy Agency estimates that by 2050, space cooling will account for an estimated 30-50 per cent of the peak electricity load in many countries (versus a global average of around 15 per cent today), with the biggest increase occurring in India.

An assessment of peak load in Delhi by New Delhi-based not-for-profit Centre for Science and Environment found that heat stress is responsible for over 50 per cent of peak load demand in the megapolis during summer months.

This demand is fuelled by space cooling needs, specifically extended use of air-conditioners by increasing larger number of businesses and households.

The Handbook says that under a business-as-usual scenario, the global energy requirement for space cooling is predicted to jump 300 per cent — from 2,020 terawatt-hours (TWh) in 2016 to 6,200 TWh in 2050. This is almost equivalent to the total electricity consumption of the United States and Europe / Japan combined.

The space cooling practices of today are generally very energy intensive and largely reliant on fossil fuel generated electricity and refrigerants that are harmful to the climate.

Thus, rather than holistically addressing the systemic issue of rising emissions and urban heat islands in cities, the current practices are increasing the proliferation of inefficient cooling appliances.

This, in turn, further exacerbates the issue of waste heat and emissions in the urban environment. Space cooling is one of the fastest growing causes of greenhouse gas emissions, further intensifying urban heat.

The rising use of air conditioners results in additions to grid infrastructure as well as increased greenhouse gas emissions and waste heat expelled into the environment.

Underlying socio-economic inequities in cities make the challenge of cooling even more complex. Impoverished districts and populations are usually the most vulnerable to heat, placing the negative impacts of excess warming disproportionately on those who are least likely to be able to afford or access thermal comfort.

The Handbook gives the example of India, where 24 cities are expected to reach average summertime highs of at least 35°C by 2050. It is the urban poor in these cities that remain the most vulnerable to heat.

The Handbook notes that household spending to achieve space cooling already accounts for 5-15 per cent of the median income in many parts of the world, making cooling unaffordable for much of the population.

With rising temperatures and increased demand for thermal comfort, the operation of air-conditioning units to provide cooling will only increase, also bringing a sharp increase in the purchase of inefficient air conditioners as they are lower priced.

Thermal comfort at the core

The Handbook lays stress on putting thermal comfort as the focus of solving urban cooling needs. It rings alarm bells and says the world urgently needs broad-based urban heat island adaptation and mitigation measures along with a shift to more sustainable cooling solutions that can provide access to cooling without further compounding the downward spiral where more cooling begets more warming.

Sustainable cooling, in this context, refers to achieving human thermal comfort within an urban environment through urban planning and design (both nature-based and infrastructure-related), energy-efficient building design, efficient cooling technologies and practices and sustainable refrigerant use approaches that collectively result in lower climate impact and greater access and equity than business-as-usual cooling approaches.

In 2019, India published the India Cooling Action Plan (ICAP) which laid down the roadmap for addressing most of the issues that the UNEP is raising now. In fact, India’s plan has a much broader and realistic understanding of human thermal comfort than what is put forth by UNEP.

India has moved away from the air-conditioning industry’s definition of thermal comfort which inherently promotes use of air-conditioners (a climate demon) over other possibilities.

ICAP focuses on adaptive thermal comfort that says if allowed a connection to the outdoors and control over their immediate environment, humans tend to adapt to — and even prefer — a wider range of thermal conditions than is generally considered comfortable under industry standards.

ICAP acknowledges that there is an immense potential to rationalise the rise in requirement of active refrigerant-based cooling in the country by adoption of passive cooling design strategies across sectors.

This reduced cooling demand then needs to be met using the energy efficient and climate-friendly technologies.

Comfort and not cooling

There is a genuine fear among environmentalists that the air-conditioning industry will hijack these to sell more ACs and make cities even more unliveable. The cooling business is responsible for the madness we see all around our tropical cities where one needs to carry a jacket to be comfortable inside our buildings.

All said, these are just plans (both the UNEP handbook and ICAP) with zilch value if not implemented on ground.