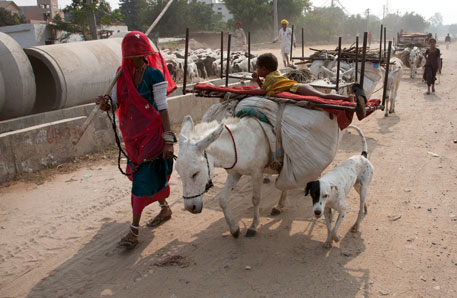 East Asia is fast urbanising. Between 2000 and 2010, almost 200 million people—the figure would be the world’s sixth-largest population for any country—migrated to urban areas in East Asia in search of livelihood. While such large-scale population shift should contribute to poverty reduction in this largely non-urban region, a recent analysis by the World Bank shows this would not be possible unless urban planners introduce novel ways of sustainable governance.

Massive expansion of urban areas brings increased consumption of fossil fuels that contribute to climate change. A lack of planning can also result in poor migrants settling on land prone to natural disasters such as flooding and earthquakes, making them more vulnerable.

The report, East Asia's Changing Urban Landscape: Measuring a Decade of Spatial Growth, released on January 25, highlights that the largest country of the region, China, is the driving force in this urbanisation trend. At least 600 of the 869 cities of East Asia are located in China. Chinese cities, such as Guangzhou, Shenzhen, Foshan and Dongguan, have overtaken Tokyo as the world’s largest urban areas in terms of size and population. More people live in these cities than in countries like Argentina, Australia and Canada.

The study also finds that countries with more rural areas have seen faster pace of urban expansion than those with less rural areas or industrialised countries. For instance, rural area-dominated countries like Lao People's Democratic Republic and Cambodia have seen their urban areas expanding at the highest rate of 7.3 per cent and 4.3 per cent respectively, while the urban areas of industrialised Japan expanded at the lowest rate of 0.4 per cent.

The World Bank report emphasises that expansion of urban areas should be inclusive so that extreme poverty can be reduced and prosperity can be shared. “The important role of policy makers at the national and municipal levels in ensuring that urbanisation proceeds in an economically efficient, sustainable and inclusive manner so that poor people can benefit. Urban planning needs to match physical expansion with access to jobs, affordable housing and shopping, public transportation, and health and education services to ensure equal opportunity for disadvantaged communities,” states the report.