Here are 3 of 21,000 industrial pollution cases pending in Indian courts

Industrial pollution cases in Indian courts often span over decades and, as a result, the country had over 21,000 pending court cases on environmental violations in 2016 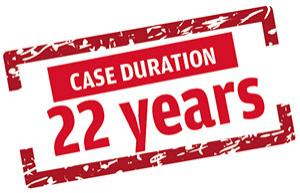 Core issue: The industry filed multiple interlocutory applications over a period of 15 years to avoid compliance of the judgement

Background: In 1989, a writ petition was filed in the Supreme Court against Hindustan Agro Chemicals Limited for polluting the land and water in Bichhri village in Rajasthan's Udaipur district

Verdict: In 1996 the court observed that ªtoxic untreated waste waters were allowed to flow out freely and because the untreated toxic sludge was thrown in the open in and around the complex, the toxic substances have percolated deep into the bowels of the earth polluting the aquifers and the sub-terrain supply of waterº. It said water in the wells and the streams had become unfit for human consumption and the soil was unsuitable for cultivation. In November 1997, the court ordered the company to immediately pay Rs 37.4 crore towards the costs of remediation. Following the judgement, the company filed several interlocutory applications. Calling the applications as delaying tactics, the Supreme Court in 2011 asked the company to pay the fine along with compound interest @12 per cent per annum from November 1997 till the amount is paid or recovered. The company was also asked to pay costs of litigation. 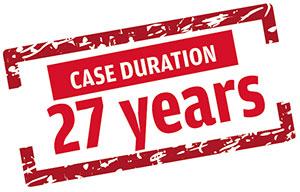 Background: A writ petition was filed before the Supreme Court in 1990 under Article 32 of the Constitution asking for the state and the Centre to provide drinking water to the people living in the villages being affected by chemical industrial pollution. In October 2001, the Supreme Court transferred the case to the Andhra Pradesh High Court which further transferred it to the National Green Tribunal (NGT) in 2013

Verdict: Observing that the groundwater quality had not improved even after decades of litigation, NGT directed the state government to restore all the water bodies and recover the cost from the industrial units. It also directed the state government to supply drinking water to the affected villages, paid by the polluting industries. They were also ordered to compensate the people for a period from 1986-1987 to 2001-2002 at the rate of Rs 1,000 per acre (0.4 hectares) per annum in case of dry land and Rs 1,700 per acre per annum in case of wet agricultural land. The state government was asked to constitute an expert committee to look into the health ramifications of the industrial pollution and set up a government super speciality hospital, funded by the industrial establishments (75 per cent) and the state (25 per cent). 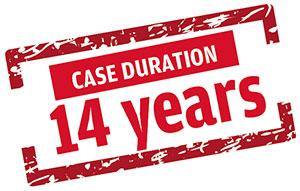 Core issue: The Periyar river between Eloor and Edayar in Kerala has been severely polluted by the alleged dumping of untreated toxic waste and effluents by around 400 industries

Background: The process of industrialisation in the Eloor-Edayar region started in the 1950s with the setting up of Hindustan Insecticides Limited in the area. In the early 1990s, anti-pollution demonstrations started in the area. In 1997, a Supreme Court-appointed High Power Committee was set up to examine all matters relating to hazardous waste and violation of environmental laws. In 2004, while hearing a petition filed in the same year, the Supreme Court took the Kerala State Pollution Control Board (KSPCB) to task over the sorry state of the river

Current status: In February 2017, a report was submitted in NGT to highlight how little had changed over the years. On September 2018, NGT ordered for remediation of the Kuzhikandam Thodu creek leading to the Periyar river at an estimated cost of Rs 25.93 crore. It said 60 per cent of the cost would be borne by the state government and the polluting industries and the remaining would be paid by the Centre. It also ordered KSPCB to ensure all industries located in the area install treatment plants. On November 14, it ordered the Centre to deposit its share with the state government within three weeks.