Lucknow’s waterbodies perish at the hands of unregulated construction

Land records of Lucknow Nagar Nigam state the city has 964 tanks and ponds, a majority of which are unidentifiable due to reclamation 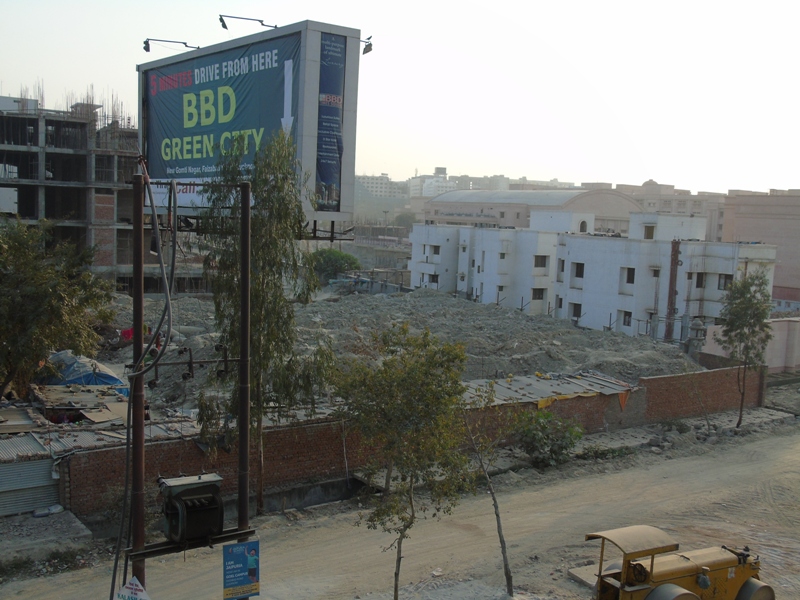 The devastating floods in Srinagar and Chennai may have served as a wake-up call for many city administrations, but Lucknow doesn’t seem to be listening. With encroachment caused by rapid urbanisation, the city has already lost 46 per cent of its water bodies. Most of them are also polluted with waste and sewage.

The government and the Supreme Court have made various interventions to stop instances of land grabbing and construction over water bodies. In 2006, the Supreme Court had said that the protection of natural lakes and ponds honours the most basic fundamental right—the right to life—which is guaranteed under Article 21 of the Constitution.

But Lucknow’s official records reveal a grim picture. According to a survey conducted by Lucknow Municipal Corporation (LMC), there were around 964 ponds in the city in 1952. The number declined to 494 in 2006. Land records of Lucknow Nagar Nigam state the city has 964 tanks and ponds, a majority of which are unidentifiable due to reclamation.

Ashok Shankaram, an environment activist from the city, filed a petition against the encroachment of 37 water bodies in Allahabad High Court in 2014. The court sought answers from Lucknow Development Authority (LDA) and Lucknow Nagar Nigam, but received only an elementary reply. The reply, given in 2015, did not contain any information about concrete steps taken against the land grabbing.

In 2014, the High Court said that it is the statutory duty of the LDA and the municipal corporation to maintain all lakes and ponds by removing encroachments and taking action against the encroachers. The order was given in response to a plea filed by Moti Lal Yadav, an advocate who demanded the removal of encroachments from lakes and ponds. Yadav says the situation is getting worse by the day with about 300 water bodies around Lucknow currently undergoing plotting for construction.

Ponds and pools, which act as a sponge and thermo-regulators, help the accumulation of rainwater and enhance the groundwater level in the area. But water bodies in Lucknow’s core urban area have become largely extinct. This has made it vulnerable to severe flooding in the future. The state capital has already reported four major flood events in the past decade. 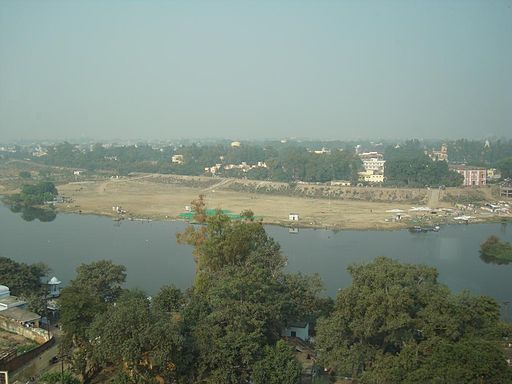 The situation of the Gomti river is at its worst today. The Gomti is a groundwater-fed river and is replenished by its various tributaries. According to Uttar Pradesh Pollution Control Board (UPPCB), the flow of the Gomti has reduced by 35 to 40 per cent over the years. The river is at its filthiest along the 13-km stretch in Lucknow and has been declared as the most polluted river stretch in the country by the Central Pollution Control Board (CPCB). Increased biotic pressure, reduced ecological flow, deterioration of major tributaries, siltation and encroachment of the river’s catchment area have left the river dry and filled with sewage and sludge.

The first attempt at controlling the pollution in the Gomti was made under the Gomti Action Plan launched by the Union environment ministry in 1993. The main aim was to tap nullahs and direct the sewage to treatment plants. Despite these steps, untreated sewage still flows into the river and massive encroachment has been witnessed in the river’s catchment area. The state government's Gomti revival project started in April 2015, with the aim of cleaning the riverbed, strengthening of the bank and beautification of the surroundings. The total cost of revival of the river up to the Gomti Barrage is estimated at around Rs 600 crore. Department officials say they aim to complete the project by the end of 2016.

S N Sharma, chief engineer with the state irrigation department, said that 60 per cent of the work under the Gomti Revival Project has been completed without disturbing the ecological aspects of the river.

Shankaram has, however, questioned the project. He says that the entire machinery focuses on delimiting the flow of the Gomti without considering the water quality and the health of the river. The concretisation of river banks is a bad solution to the problem, he adds.