Nishchay Kashyap, 23, has stopped asking his parents for his fuel expenses. Pursuing a postgraduate degree from Delhi University’s law faculty, Kashyap drives every weekend to his hometown in Yamunanagar, Haryana, along with a few co- passengers, who share the cost of the journey. All Kashyap does before his trip is to log on to an app and announce the journey a day or two in advance.

“I have been using the BlaBlaCar app for the past six months. I don’t have to travel alone anymore, or pay for the fuel,” he says. Like Kashyap, several car owners across the world are offering rides to complete strangers with the help of such apps. Drivers and riders set up profiles by downloading these apps on their mobile devices and then share or search for rides by destination.

BlaBlaCar is one of the many foreign start-ups that have started operations in India. The French company runs operations across Europe, Russia and Mexico, and has about 20 million user accounts. Its annual turnover in 2014 was US $100 million.

In India, BlaBlaCar started business in 2013. Currently, it claims presence in 700 cities and provides about four million rides a month, with 17 million shared kilometres (km) in the past six months. A trip between Mumbai and Pune costs Rs 400. The price of a Delhi-Chandigarh journey comes to around Rs 500. In other countries, BlaBlaCar takes 10 per cent for each transaction, but in India it is yet to start charging a user fee.

The company till now has only focused on inter-city travel, and the operation model has been phenomenally successful. Accor-ding to Raghav Gupta, head of BlaBlaCar’s India operations, commuters are more interested in sharing long- distance rides because for short distance travel several services are available.

There are several domestic start-ups as well, helping people share intra-city commute. A Bengaluru-based company PoolCircle, for instance, has focused only on intra-city commute to expand its operations. Founded in 2013, PoolCircle has been offering about 30,000 rides a day in the city. It has tied up with leading corporates such as GE that have their offices in the city.

Unlike BlaBlaCar, PoolCircle has introduced a flat rate of Rs 5 per kilometre. “The rate was decided on the basis of consultations with our users. They are free to charge below this but we discourage users from charging anything extra,” says Raghu Ramanujam, CEO of PoolCircle. 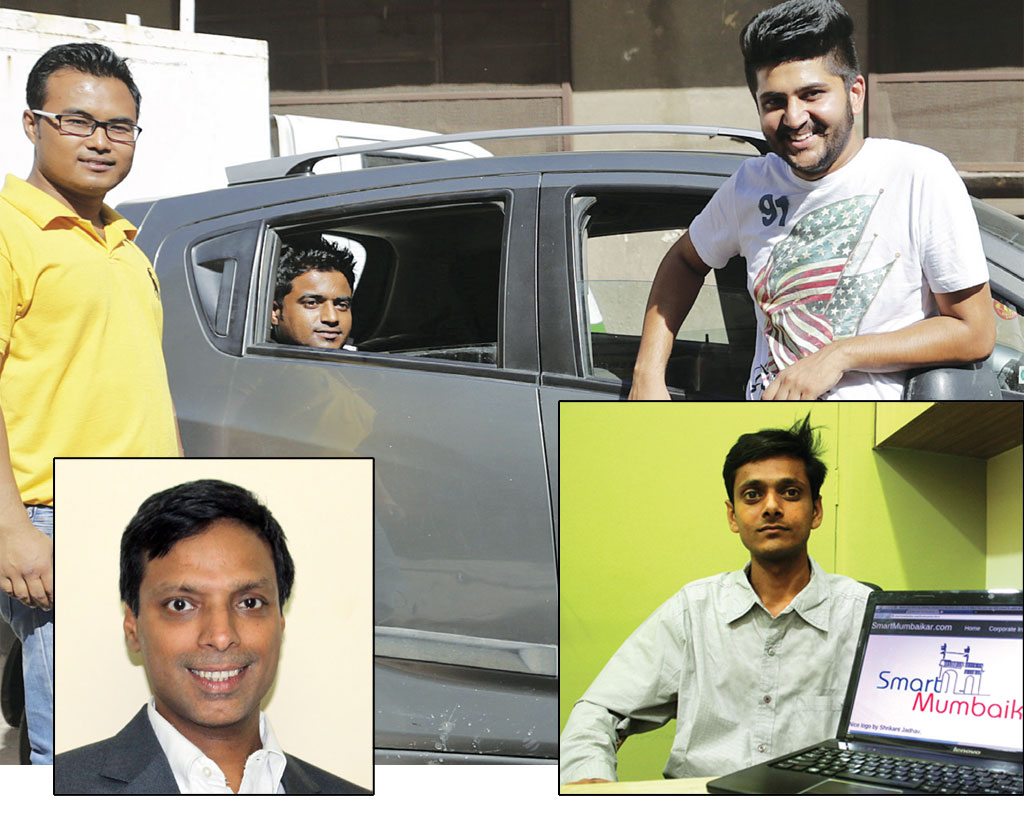 Another company that is focusing on intra-city commutes is Mumbai-based SmartMumbaikar. It began as a carpool app for Facebook in 2012. But in 2013, it started providing travel details to registered users on the basis of a simple missed call. Within two weeks, says Raxit Seth, CEO of the start-up, there was an increase of 50,000 users on their website.

The registration process for SmartMu-mbaikar is simple. Users have to sign up on the company’s website and opt for a membership plan for Rs 400 per month. Then, all they need to do is give a missed call to the service number, from which they receive an SMS showing the available commutes, which could be a bus, auto-rickshaw, car or even a motorcycle. According to Seth, users can save up to Rs 35,000 a year by using the service. The company requires users to provide their official e-mail address instead of a Face-book, Google mail or any other account for registration to prevent fake users from using the app and to ensure safe travel. The app also allows users to choose the gender of the person they want to travel with. He says that due to its unique safety measures, 60 per cent of SmartMumbaikar users are women.

Safety is a key issue with such initiatives. Most of these new ventures claim their checking procedures for users are robust. The BlaBlaCar app, for instance, has a feature that allows users to evaluate each other. “If a user is not well-behaved, he/she gets voted down in the app, in which case fewer people opt for rides with the person,” says Gupta. BlaBlaCar also has a helpline to assist users in case of a car breakdown. Many of these start-ups offer insurance cover. For instance, US-based carpool app, RelayRides offers a $1 million insurance policy on cars.

However, there is always a danger of companies and individuals earning unaccounted money. On being asked if BlaBlaCar generates a receipt for users who pay for a ride, Gupta said that the company has not yet thought about such a feature. Anticipating such problems, Ramanujam has had discussions with the transport departments in Delhi and Bengaluru to put regulations in place. He cites the example of Singapore where the government has enacted a law to allow drivers to get paid for offering rides on carpooling apps.

The concept of carpooling took shape in the US in the 1970s, during an oil crisis. By the 1990s, as oil became cheaper, carpooling dropped from 42 per cent in 1970 to 19.7 per cent, say Nelson D Chan and Susan A Shaheen of Transportation Sustainability Research Center of the University of Berkeley, USA. Nicholas Brusson, chief operating office of BlaBlaCar, says driving in the US is just too cheap. With gas and other expenses costing half of what they are in Europe, “the pure incentive on the driver’s side (to pick up carpoolers) is not as strong”, he says. On the other hand, countries like India,with their high fuel costs, are just right for carpooling, says Ramanaujam.

The Indian Journal of Transport Management estimates that by 2020, 17.8 per cent of the country will use cars. Average traffic speed in cities has been calculated at 15-20 km/h in 2009, as compared to 30-35 km/h in the 1970s. Start-ups with a mission to decongest roads might just be what people need. Not to forget the environmental benefits of such services. Estimates by BlaBlaCar show that in the past six months emission of 700 tonnes of carbon dioxide, a gas causing global warming, was prevented as people switched to carpools. Gupta says that about 100,000 trees are needed to absorb this amount of the gas. With growing middle class and rising pollution, the idea of carpooling appears just right for India.