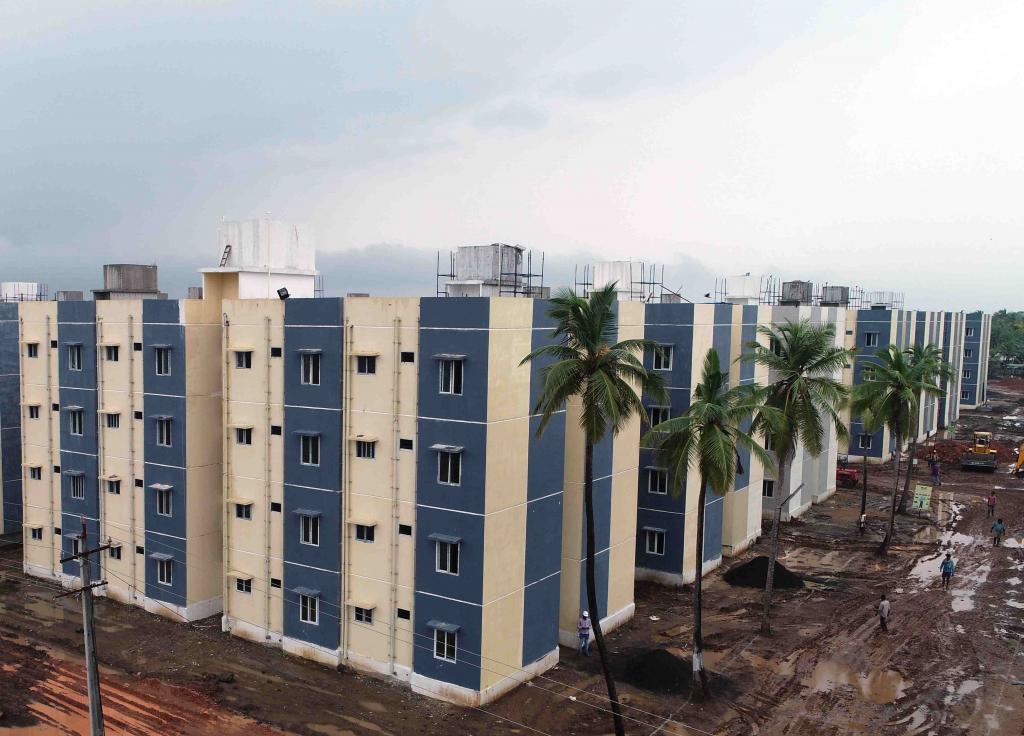 Union Finance Minister Nirmala Sitharaman in her maiden budget speech on July 5, 2019, proposed to build 1.95 crore dwelling units under the Pradhan Mantri Awas Yojana (PMAY) (Gramin) — the prime minister’s rural housing scheme. It was a reiteration of the target to build as many houses in villages and 1.87 crore units in urban India.

in the four years of the scheme’s implementation, some 70 lakh units have been completed under PMAY-G and 26 lakhs under PMAY-U (urban), according to the scheme’s state-wise progress stated by the Union Ministry of Housing and Urban Affairs.

When the country is set to build dwelling units four times this number in the next three years, the expanse of the construction is going to be frenetic. The quality of that construction and its ability to drive the agenda of thermal comfort as mentioned in the India Cooling Action Plan is unclear.

The carpet area for loans under Credit-Linked Subsidy Scheme (CLSS) vertical of PMAY was increased to 160 square metres (sqm) for middle-income group I (MIG I) and 200 sqm (MIG II) in 2018. 200 sqm (2,150 square feet) is typically a dwelling unit size desirable for the higher-income segment.

The country already has a stock of 11 million units vacant in the upper-income segment, according to Census 2011. Increased availability of finance will deliver units in the segment, which contrasts the segment constituting 96 per cent of the country’s shortage.

Sitharaman announced "An additional deduction of Rs 1,50,000 on interest on loans borrowed under affordable housing". This subsidy follows the previous interest subvention of Rs 1.5-2.67 lakh under the CLSS vertical of PMAY.

As an intervention to aide the demand side in housing sector, CLSS has remained the weakest vertical of PMAY, forming only 4 per cent of the total units sanctioned as of date. This move comes as a crucial way to mitigate the very weak ability of the poor to access housing finance.

Economically weak and lower-income households who work in the informal sector, find challenges in producing the documentation required to avail of finance under the scheme.

Loan amounts of up to Rs 2 lakh saw the highest growth in gross non-performing assets (NPA) at 11.33 per cent for public sector banks (PSB). Housing finance companies (HFC) also saw a sharp surge in housing loan NPAs in this slab.

This is worrisome as more and more financing institutions (both PSBs and HFCs) are discouraged to lend to the lower-income rung — the primary target group of PMAY, forming 96 per cent of the country’s shortage.

Sitharaman also announced that soon there would be reforms in the rental housing sector — thought to be put on the back-burner. The government recognises that current rental laws are archaic, as they do not address the lessee-lessor relationship adequately.

Rental law is a tricky aspect in cities. Local laws are largely framed in the favour of tenants, with them paying rents frozen years ago. Currently, India is incubating its rental housing policy since the release of the draft Nation Urban Rental Housing Policy in 2015.