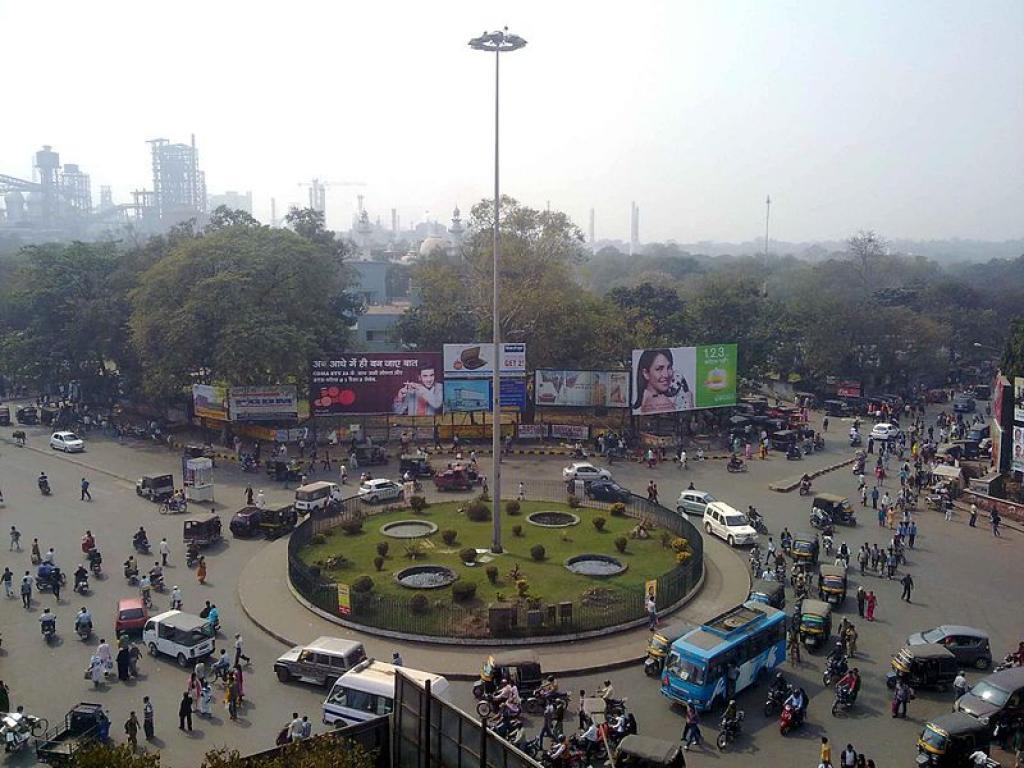 The government launched its flagship "100 Smart Cities Mission" on June 25, 2015, and announced the first list of 20 cities in January 2016. It then offered a special fast-track window for 23 cities that were rejected in the first round to upgrade their proposals, out of which, 13 cities were selected on May 24, 2016. In the second round, 27 more smart cities were announced in September 2016.

'Smart city' is a city equipped with basic infrastructure to give a decent quality of life, a clean and sustainable environment through application of some smart solutions. Creating smart cities would entail development of basic infrastructure like adequate water supply, electricity supply, sustainable sanitation and solid waste management mechanism, efficient urban mobility, affordable housing and ensuring robust IT connectivity and e-governance.

The strategic components of area-based development (ABD) in the Smart Cities Mission (SCM) are city improvement (retrofitting), city renewal (redevelopment) and city extension (Greenfield development), along with a pan-city initiative in which smart solutions are applied covering larger parts of the city.

The government does not prescribe any particular model to be adopted by the Smart Cities. The approach is not ‘one-size-fits-all’. Each city has to formulate its own concept, vision, mission and plan (proposal) for a Smart City that is appropriate to its local context, resources and levels of ambition.

Cities prepare Smart City Proposals (SCPs) using the principles of strategic planning process and the proposals contain area-based development plans and pan-city initiatives. Preparing SCPs is a collaborative effort because the objectives and funds of all government departments, parastatals and private agencies are taken into consideration. The citizens participate during the process of preparing the SCPs. As the task of preparing the SCPs is quite challenging, the States/ULBs seek technical assistance by either hiring consulting firms or engaging with handholding agencies.

How are the Smart Cities selected? 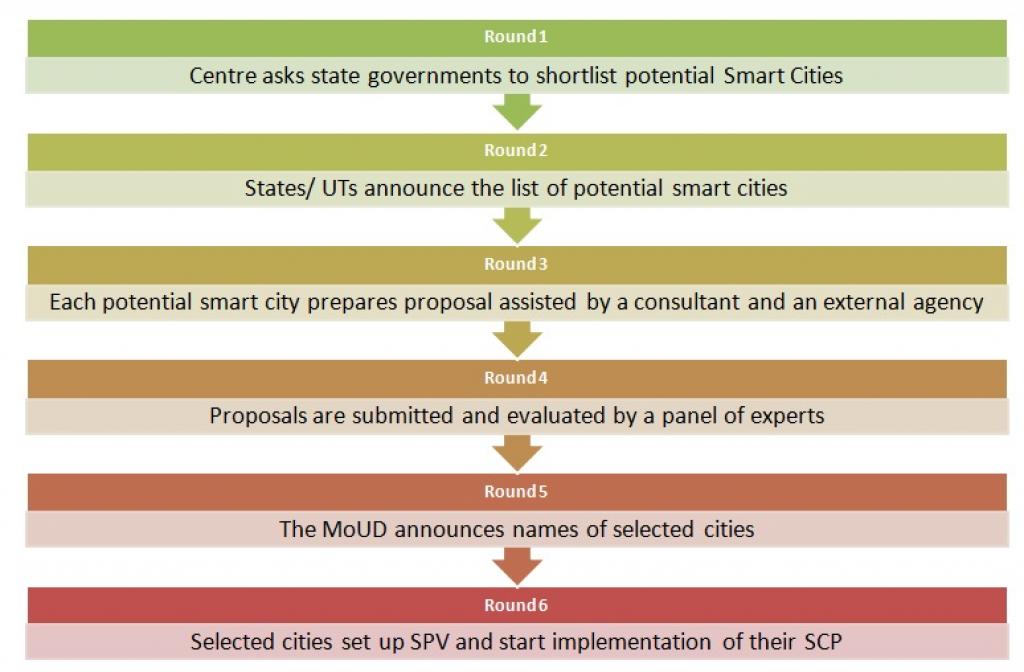 The implementation of the SCM at the city level is done by a Special Purpose Vehicle (SPV) created for the purpose. The SPV plans, appraises, approves, releases funds, implements, manages, monitors and evaluate the Smart City projects. Each smart city has a SPV headed by a full time CEO and has nominees of Central government, state government and ULB on its Board.

The SCM is operated as a Centrally Sponsored Scheme (CSS) and the Central Government proposes to give Rs 48,000 crores over five years, with an average Rs 100 crore per city per year. As States/ULBs have to contribute a matching amount, total amount likely to be allocated for Smart Cities development will be about Rs one lakh crore.

The project cost of each SCPs varies depending upon the level of ambition, model and capacity to execute and repay. The funds from the Centre and the matching contribution by the States/ULB will meet only a part of the project cost. Balance funds are expected to be mobilised from private sector through public-private partnerships (PPPs).

The distribution of funds under the Scheme 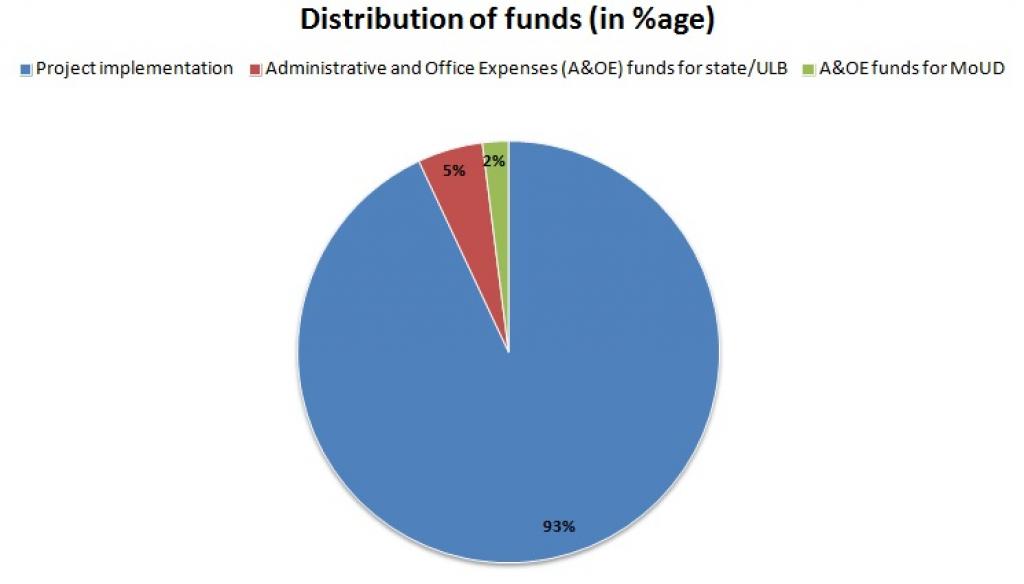 What has been the progress so far?

So far, the government has approved smart city plans worth Rs 133,764 crore for the 60 cities. The project cost of each smart city proposal will vary depending upon the level of ambition, model and capacity to execute and repay.

Source: Centre for Science and Environment, 2017

According to response given by Rao Inderjit Singh, Minister of State (Urban Development), in the Rajya Sabha on March 16, 2017, Rs 5,961.70 crore has been released to the cities under SCM during financial year 2015-16 and 2016-17. It also mentioned the implementation of the SCM is on course. At city level, it is done by a SPV. After establishment of SPVs, Project Management Consultants (PMCs) have to be procured by SPVs to convert the SCPs into projects.

Presently, out of 60 Smart Cities, 55 cities have incorporated city-level SPVs for implementation of the mission. For designing, developing, managing and implementing the SCPs, PMCs have been set up in 23 cities. Request for proposals (RFPs) for appointment of PMCs have also been floated in other 22 cites. Regular reviews are undertaken at the State and Central level to monitor the progress of the Mission.