The city’s residents strategically use shade, ventilation and building materials to keep their homes comfortable; and it does not cost the earth 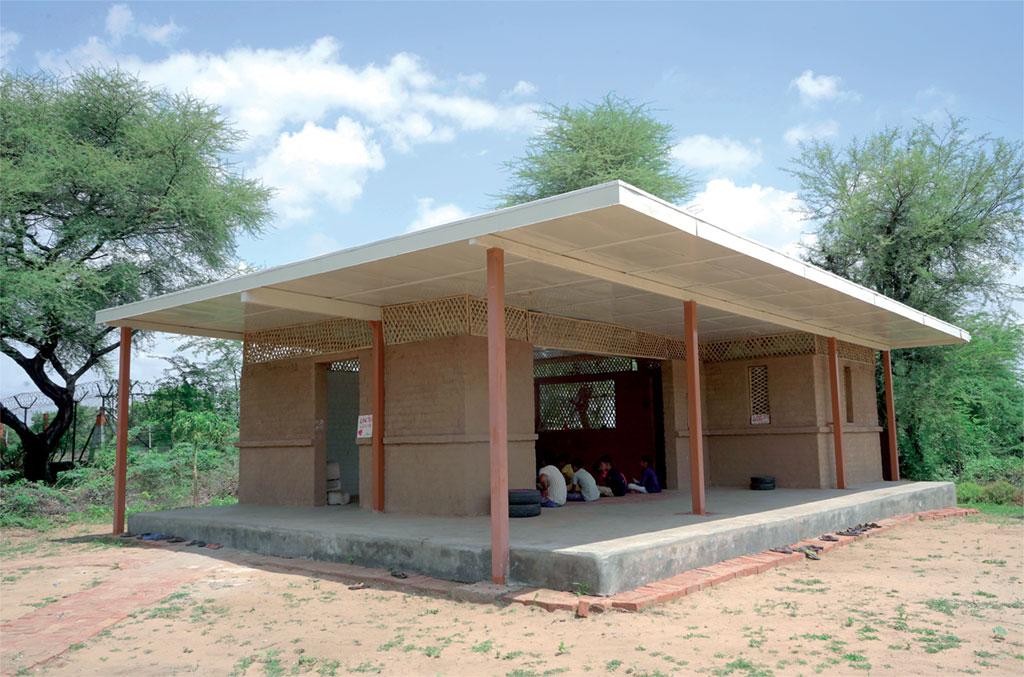 A learning and resource centre at Lilapur village in Ahmedabad with a modular roof, made from recycled coconut husk and paper waste, which can reduce indoor temperatures by 5-6°C. (Photographs Courtesy: Mahila Housing Trust)

It is early April and mercury levels have already crossed 40°C in Ahmedabad, the industrial city of Gujarat. But Meena Soni’s two-room house in Vishwas Nagar colony seems to emanate coolness, with the temperature at a comfortable 34°C or so. The reason, says Soni, is the unique modular cooling roof she installed a few years ago.

Made from recycled coconut husk and paper waste, the roof is removable, waterproof and a worthy upgrade to the earlier asbestos sheet that would turn the house into a furnace during summer.

“Every year during this season, the health of my asthmatic husband used to worsen quite often, requiring him to seek urgent medical attention,” she says. Now, her husband weathers the city’s temperature spikes without visits to the hospital and Soni does tailoring more consistently and comfortably. “We also save almost Rs 400 a month on electricity bills,” she says. 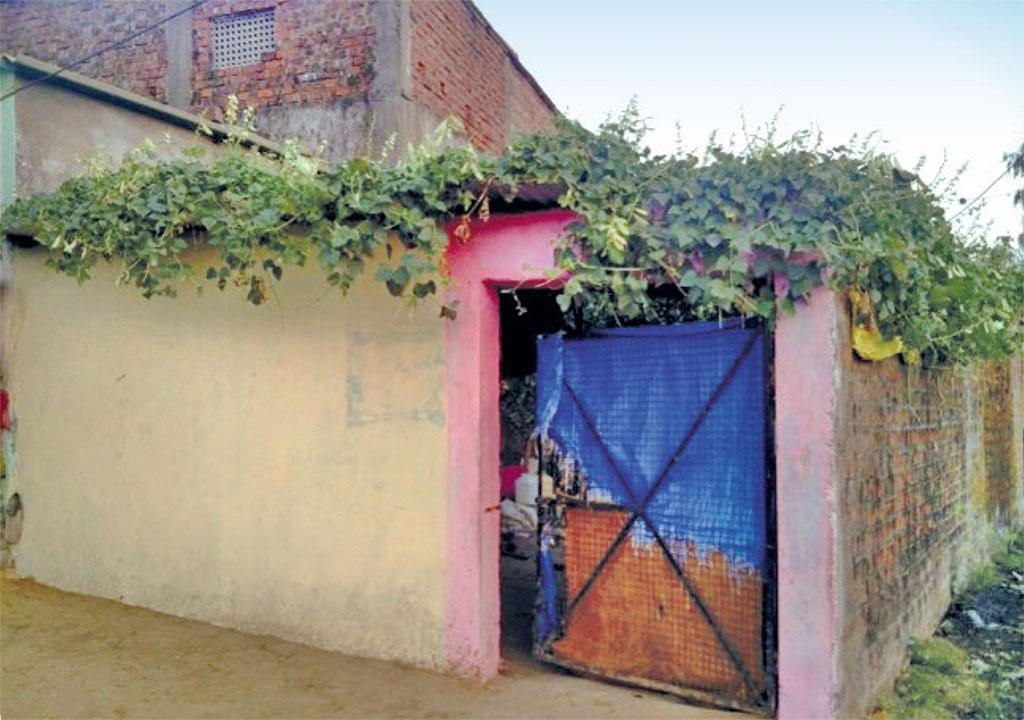 The roof, available under brand name ModRoof, costs almost Rs 27,000 for an average roof of 9 sq m in a low-income settlement and is durable for 25 years. Like Soni, more than 200 low-income households from across the city have installed ModRoof in recent years with the help of a loan from Ahmedabad-based non-profit, Mahila Housing Trust (MHT), which has been promoting low-cost cool roof solutions since 2012.

“Low-income settlements are congested clusters where houses are not merely settlements, but also a source of livelihood for many,” says Bijal Brahmbhatt, director of MHT. She says millions of people in low-income neighbourhoods face dangerous heat inside and outside their homes, which affects their mental and physical health and impacts livelihoods.

In extreme cases, night-time temperatures can be up to 8°C higher indoors than outside. The conventional solutions are difficult to implement as most low-income settlements grow without any planning or development strategy, she says. 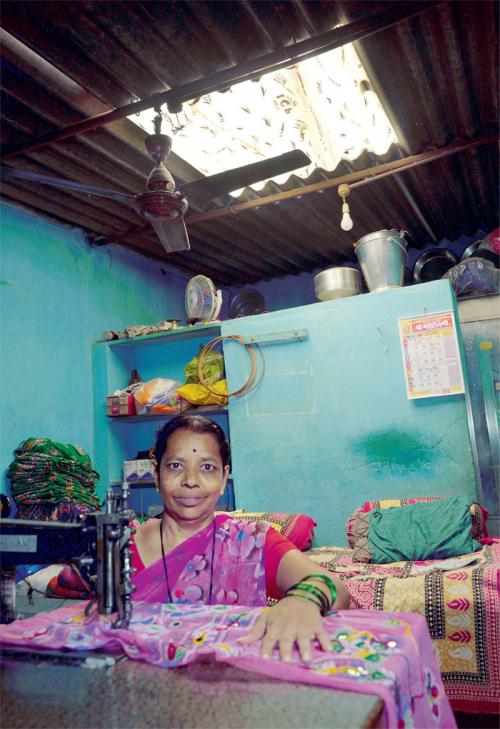 While ModRoof is an expensive option, the other four technologies promoted by MHT costs anywhere between Rs 500 and Rs 14,000, and can effectively cut down temperature by 2-5°C.

One such low-cost solution is rooftop louvred ventilator, made of translucent corrugated fibre sheets that can be installed over existing asbestos or tin sheet rooftops.

Sold under the brand name Ujasiyu, the vents cost around Rs 2,900 and fill the houses with sunlight, a luxury for those living in cramped settlements.

Lakshmiben Gohil of Rajiv Nagar, a low-income settlement less than 15 km from Vishwas Nagar, has opted for a bamboo roof for her grocery store.

Made from resin-coated bamboo mats that are pressed to form strong, lightweight, weather-resistant panels, the roof cost her Rs 14,000.

According to MHT, the roof remains durable for more than 25 years, and, like ModRoof, can be reinstalled in a new house. Bamboo roofs can reduce indoor temperatures by up to 5°C.

“The grocery store is my only source of income. Earlier, I was forced to shut up shop during summer afternoons and rainy days because of the tin roof and this affected my income,” says Gohil.

Since she replaced the roof in 2018, her income has increased substantially. “The shop’s timings are now fixed and this has increased my customer base. I now enjoy the rains,” she says.

Lakshmiben Chavda, another resident of Rajiv Nagar, says in the summers, her family would stay outdoors during the day because the temperature inside was unbearable.

“We would use the house only for sleeping at night. This has changed since we replaced the tin roofing with bamboo panels,” she says. Chavda has also installed a solar panel on the bamboo rooftop to reduce her electricity bill.

MHT is promoting two other alternatives: Solar reflective white paint that can be applied on top of roofs and green roofing in which potted plants are placed on roofs to create a barrier that prevents asbestos or tin roofs from getting too hot.

The reflective paint costs Rs 2,500 for an average roof of a low-income settlement and reduces indoor temperatures by 4-5°C.

There is no dearth of innovation in cool roofs. With extreme heat in cities becoming a growing problem as climate warms, these solutions need to be promoted and subsidised to ensure that the urban poor can beat the heat affordably.

This article was first published in the 16-30 April, 2022 edition of Down To Earth