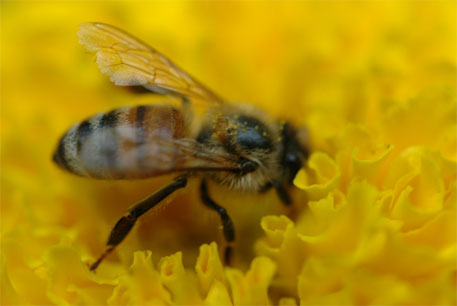 The United States Environmental Protection Agency (EPA) has proposed a rule that would create temporary pesticide-free zones to protect honeybees. EPA’s mission is to protect human health and the environment.

EPA has proposed restrictions to protect bees used for pollination from harmful pesticides. A large number of bees are exposed to pesticide spraying when growers enter into contracts with beekeepers for pollination services. The agency believes that strong regulatory measures should be put in place to protect the bees.

EPA wants to protect bees from toxic pesticides as they are critical to food production and have been dying at alarming rates.

The agency’s proposal includes foliar applications when certain plants are in bloom and when commercial honeybees are used to pollinate crops.

In foliar applications, the pesticide is sprayed directly on the leaves. EPA’s plan also recommends that states and tribes develop pollinator protections plans.

Many types of plants, including fruits and vegetables, depend on animals for pollination. In addition to honeybees, many other types of animals also pollinate crops and wildflowers, like wild bees, ants and beetles.

Honeybees are important as they pollinate plants that produce roughly a quarter of the food consumed in the US. Beekeepers manage pollination by travelling around the country with managed hives to help in the process.

The rule
The rule will apply to pesticide application on crops where bees usually pollinate and cover 76 active ingredients used in pesticides, including a popular class of insecticides known as neonicotinoids.

Earlier this month, the US Department of Agriculture (USDA) said that honeybees had disappeared at a staggering rate over the last year.

Honey bees are responsible for pollinating more than 100 crops and one of every three bites of food Americans eat, the USDA says.

According to reports, beekeepers have reported adverse effects from pesticide application to roughly 20,000 bee colonies pollinating almonds and roughly 2,000 colonies contracted to pollinate blueberries in 2014.

The agency also wants to address the use of toxic pesticides in areas other than where bees are brought onsite to provide contract pollination services.