US fights climate change impacts on its military assets

Around 7,500 of its defence installations across the world are vulnerable to impacts like sea level rise, storm and snow melting 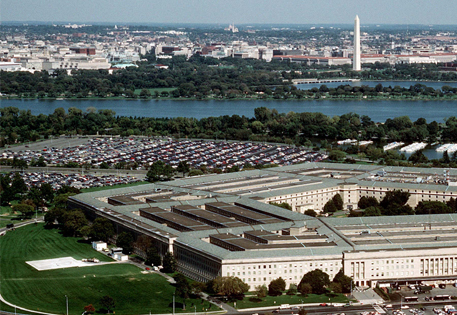 Climate sceptic US is scrambling to save its military assets across the world from devastating impacts of climate change. A report by the US's Government Accountability Office (GAO), says the Department of Defense (DOD) is yet to prepare adaptation measures for around 7,500 defence infrastructure sites across the world that are vulnerable to climate change impacts like sea level rise, storm and snow melting. However, there is elaborate attempt to finalise adaptation plan as a significant number of US military assets have already been impacted by climate change.

The report, titled 'Climate Change Adaptation: DOD Can Improve Infrastructure Planning and Processes to Better Account for Potential Impacts', was made public on June 30 by the GAO.

The US's Department of Defense has 555,000 facilities across the world, covering 28 million acres (11.33 million hectares) in almost all ecological regions.

For its assets inside US, the department is already working on regional plans to gauge climate change impacts. “DOD has begun collecting data on historic and potential future vulnerabilities from coastal locations (installations and associated sites) and is developing regional sea-level rise scenarios for 704 coastal locations to be used following the collection of these data,” says the report. But at the same time citing threat to US's military preparedness, it observes that the government has not been proactive in preparing detailed plans to adapt across the world.

“Without a plan, including interim milestones to gauge progress, DOD may not finish its assessments in a timely and complete manner.”

The GAO officials visited many sites, including ones in Hawaii and the Pacific Islands, to gauge impacts of climate change. In eight out of 15 locations the officials visited, defense people reported changes in severity and frequency of weather events that affect various installations.

The report has vivid details of how climate change impacts in term of sea erosion and extreme weather events are affecting military assets in the US. For example, at one radar early warning installation, 40 feet of shoreline has been lost as a result of erosion and the erosion has damaged half of the runway. As a result only small planes or helicopters are able to land in this location, as opposed to larger planes that could land on the runway when it is fully.