Several American companies are working towards the removal of such contents from their food products, hoping that the elimination will be done before the end of the three-year compliance period 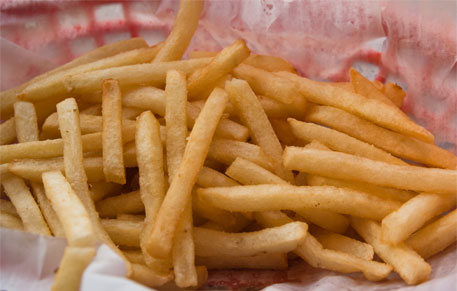 The United States Food and Drug Administration (USFDA) has recently declared that partially hydrogenated oils (PHOs), the primary source of artificial trans fats in processed foods, are not “generally recognised as safe” (GRAS) for human health.

The FDA had taken a tentative decision about PHOs to be no longer considered as GRAS way back in 2013. It has now been finalised after taking into account public comments and a thorough review of scientific evidence.

The US food agency has also set a three-year compliance period for food manufacturers during which they have to remove PHOs from their products. This will allow the companies sufficient time to either reformulate their products or petition the FDA, seeking permission for specific use of PHOs.

After the compliance period comes to an end, PHOs will no longer be added to food, unless otherwise approved by the FDA. Several US companies are already working towards removal of PHOs from their food products. It is hoped that the elimination will be done before the compliance period ends.

It has been mandatory in the US since 2006 for food manufacturers to include trans fatty acids (TFA) content in the nutrition fact label. Even after a decline in TFA consumption from 2003 to 2012, the authority recognised the need to further limit its consumption to ensure that public health is not jeopardised.

Trans fat or Trans fatty acids (TFAs) are created artificially during the process of making PHOs, which are popularly used in bakery and processed foods such as doughnuts and French fries. These are also naturally present in dairy products.

In a 2012 study conducted by the Delhi-based non-profit Centre for Science and Environment, trans fats content was found to be high in French fries, instant noodles and potato chips.
The study also found the misleading claims made by several manufacturers for products such as Lay’s American Style chips, Haldiram Aloo Bhujia, Bingo Pudina Chips and Top Ramen Noodles, which claimed to have “zero trans fat”, but the study results showed otherwise.

CSE also conducted a study in 2009 on 30 brands of cooking oils and found that the presence of trans fats in all vanaspati (partially hydrogenated vegetable oils) brands to be 5-12 times higher than the standard of Denmark—two per cent of the total fat content. The present maximum limit of TFA in India has been set at 10 per cent by weight. This regulation was notified by the Food Safety and Standards Authority of India (FSSAI) in 2013.

In November 2014, FSSAI issued a draft amendment regulation to further limit TFA content to 5 per cent by weight in interesterified vegetable fats, magarine, fat spreads and hydrogenated vegetable oils as specified in the Food Safety and Standards (Food Product Standards and Food Additives) Regulation, 2011. The change is to be implemented on and from August 27, 2016.

“The government wants to amend the 5 per cent regulation for TFA, (and) discussions have been going on between the authority and the industries, but the proposed regulations have not been finalised as yet,” says S Gurumoorthi, executive director, Vanaspati Manufacturers’ Association of India.

He also added that the “industry needs time to make products adhere to the proposed law as small manufacturers are not in a sound condition in terms of laboratory infrastructure, equipment and expertise”.

While the 5 per cent TFA regulation is on the discussion board in India, it is important to implement this soon, as the world is moving towards near-zero regulation. India needs to reach the minimum limit first and then start to work aggressively to reach the near-zero target.

A fat to forget: Trans fat consumption and memory