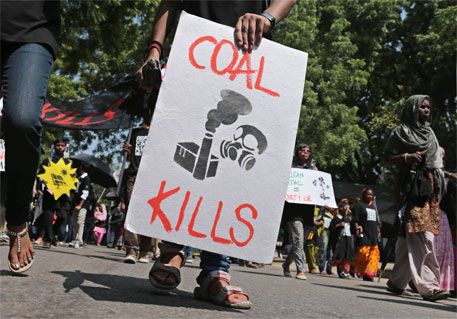 The US Senate has rejected the consensus that man is to blame for global climate change. The Republican-controlled Senate recently defeated a measure, stating that human activity significantly contributes to global warming.

This came as a shocker as the National Aeronautics and Space Administration (NASA) and the National Oceanic and Atmospheric Administration (NOAA) have declared 2014 the hottest year on Earth.
Even US President Barack Obama has called global warming one of the greatest threats to future generations.

The rejection took place during a debate on the construction of Keystone XL pipeline, which will supply oil from Alberta, Canada, to the US.

Environmentalists and Democratic supporters have cited global warming as a reason to oppose the $8-billion project.

The Senate voted 50-49 on the measure that said human beings contributed to climate change. It required 60 votes in order to pass.

Though it voted virtually unanimously that climate change is real and not a hoax, the Senate defeated two other measures which attributed its cause to human interference.

This is a problem as unless Senators are prepared to acknowledge the real causes of climate change, it is likely they will be unable to do anything about it.

But “there are some people who are so arrogant to think they are so powerful they can change climate,” he added.

Many Republicans were unwilling to accept that burning of fossil fuels, power plants and factories contributed to global warming. This is despite the fact that many scientists have cited pollution from fossil fuels, mainly carbon dioxide emissions, as the main culprit for the Earth’s temperature rise.

Some of them have either denied the science of climate change or distanced themselves from it, saying that they lacked the expertise to form an opinion.

The Democrats had planned the voting as a way of exposing the Republicans’ denial on climate change. Environmental groups claimed a partial victory, as at least Republicans admitted that climate change was occurring.

But in 2005, the Senate had voted to affirm that human activity was the main driver behind climate change.

Since 2005, there has been an entire decade of accumulating evidence of the effects of climate change and its threat in the future.

Despite the outcome, Democrat Senator Barbara Boxer of California called the voting a “breakthrough moment” in the debate on climate change.