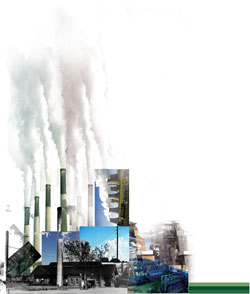 TO MINIMISE the largest source of pollution from coal-based and fuel oil power plants, America’s environment protection agency has set the first ever mercury and air toxics standards (MATS). Some 7,000 power plants in the country will now have to reduce their mercury and other toxic emissions levels.

Effective from December 2014, MATS was issued on December 16 last year, 24 years after the Clean Air Act was formulated (see ‘MATS for mercury emission’). The Act bound EPA (environment protection agency) to investigate mercury and other toxic pollutions from power plants.

Highly toxic, mercury enters the human body through contaminated fish and can have serious neuro developmental and psychological impacts. It can also cause asthma, bronchitis, heart attack and cancer.

MATS will regulate mercury and many of the 187 air pollutants released by coal- and fuel oil-based plants listed as hazardous in the Act. 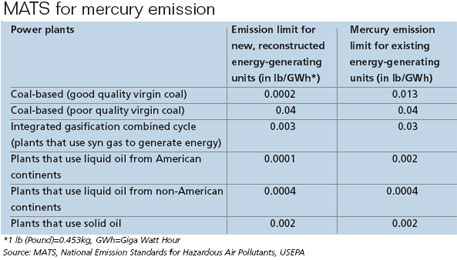 Those criticising the rule say it will make power supply less reliable in the country. Three years is too short a time period to implement the rule, they say. But EPA and the department of energy have expressed confidence that MATS will ensure smooth transition to cleaner technologies without compromising on power supply in America. Energy generating units of about 18 Giga Watts (GW) capacity will get dilapidated by 2015, and of about 54 GW by 2018. These can be replaced with new and clean power plants.

In 2006-2008, power plants in India released 95 to 112 tonnes of mercury, states a study conducted by Toxics Link, a Delhi-based non-profit. This was based on the assumption that mercury content in Indian coal is between 0.18 and 0.61 gram per tonne.

With huge investments being made in coal-based power plants, the impact from mercury raises grave concerns.

By August 2011, the total capacity of power plants was 118.4 GW. Of this, 84 per cent was coal-based and 1 per cent fuel oil-based. B Sengupta, former member secretary, Central Pollution Control Board, admits that burning of coal is the largest source of mercury release in the country. Yet, India has made no effort to set emission levels for power plants.