Lakhwar-Vyasi project cleared by Centre this year is a violation of Supreme Court order, says expert 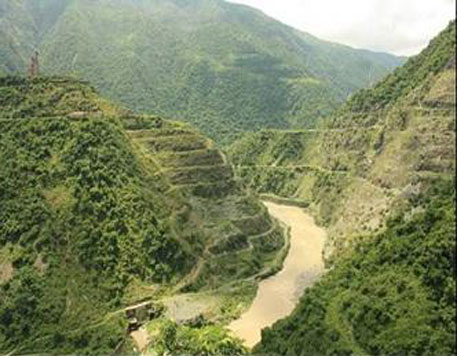 The Uttarakhand government is pushing for more hydropower projects in the state even through a Supreme Court-appointed panel of experts blamed existing hydel power projects in the state for the Uttarakhand flood disaster of 2013. The panel has sought complete overhaul of the environment clearance mechanism for such projects. The state government has even managed to obtain clearance for the Lakhwar Vyasi hydropower project in the Yamuna valley that was stalled for several years.

The expert panel headed by Ravi Chopra was set up by the Union environment ministry on the order of the Supreme Court last August   to determine if hydroelectric power projects contributed to the flood disaster. The panel in its report submitted to the Supreme Court said that the there should be laws to protect rivers and designate eco-sensitive zones for all rivers in the state. The panel also sought immediate notification of a river regulation zone by the ministry. The report was submitted to the ministry on April 16.

The report said that all projects of more than 2 MW, which entail tunneling, barrages and construction of reservoir, would require prior environment clearances from the Central ministry. It further said that projects falling in the eco-sensitive zones of notified National Park and Wildlife sanctuaries of Uttarakhand should take prior permission from National Board of Wildlife (NBWL). It called for a halt to construction activities in all under-construction hydel projects which have failed to obtain clearance from NBWL till such clearance is obtained. The Environment Impact Assessment notification of 2006 stipulates prior environment clearances only for hydro power projects producing more than 25 MW.

The report also says that areas above 2,200 metre altitude in Uttarakhand should be kept free of hydropower projects. The panel also observed that since environmental flow is very less in Uttarakhand’s rivers, it should be ensured that there is minimum of 50 per cent flow in the lean season and 30 per cent during the non-monsoon period.

However, even when the report was in progress, the 300-MW Lakhwar hydroelectric project (HEP) and the 120 MW Vyasi HEP, located in the Upper Yamuna River Basin in Dehradun district, was cleared on February 3, this year.

The Uttar Pradesh irrigation department had started an integrated Lakhwar-Vyasi project in the 1980s after taking environmental clearances. The project was shelved in 1992 because of financial crunch and accidents. Later, the Uttarakhand Jal Vidyut Nigam Limited decided to split the project into two and approached environment ministry for fresh clearances, which was readily granted.

Interestingly, in a reply to a RTI query on clearance history of the project, the environment had stated that “the project is 25 years old and file records are not available at present on Lakhwar Vyasi project.”

Hemant Dhyani, member of the expert panel, said the clearance is a violation of the spirit of the Supreme Court order of August 13, 2013. “These projects were approved more than 25 years ago. Consequently, they do not have any EIA/EMP [environmental impact assessment and environment management plan] studies that are mandatory today,” said Dhyani.

Meanwhile, with the change in power at the Centre, the Uttarakhand cabinet has decided that it would place fresh proposal at the ministry to seek clearance of the projects that have been banned due to declaration of Bhagirathi ecosensitive zone in the stretch from Gaumukh to Uttarkhashi.
Chief secretary Subhas Kumar on sidelines of a press meet said in Dehradun that the state government has decided to soon have a lawyer to contest the ban on hydropower projects in the state. The Supreme Court bench, that ordered MoEF to constitute the expert committee, on the same day, had also ordered Uttarakhand government not to clear any hydroelectric projects in the state till further orders.