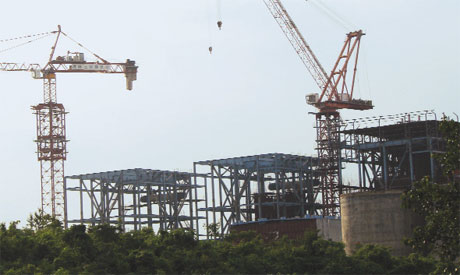 IN A setback to Vedanta Alumina Ltd, the Orissa High Court on July 19 upheld the Centre’s decision to stall expansion of the company’s refinery in Lanjigarh. The court, however, said the company can apply for the environmental clearance for its expansion afresh.

The Union environment ministry in October last year ordered to stop construction at the refinery project site in Kalahandi district after an expert committee observed construction on the expanded units was going on without the statutory environmental clearance. The ministry cancelled the validity of the public hearing for the project and retracted the terms of reference (ToR) granted for it. The environmental impact assessment (EIA) is done based on TORs. Vedanta applied for the expansion of its one million tonnes per annum (MTPA) alumina refinery to six MTPA in 2007. The ministry had also directed the state to take legal action against it.

The counsel for the company, Sundaram, called the ministry’s retraction of TOR “illegal” and “without any application of mind”. Since the expansion does not require any change in product or technology but “merely an enhancement of capacity”, it does not violate the EIA notification, he argued. The court said, “When a statute requires to do a certain thing in a certain way, then it should be done in that way or not at all.”

“The court has done justice to us by treating our case at par with the Jindal Power Limited,” says Mukesh Kumar, chief operating officer of the refinery.

The ministry last year retracted the ToRs and cancelled the public hearing for Jindal’s power plant in Raigarh after it found expansion was going on without environmental clearance. It cleared the project in March based on revised ToR, but without fresh public hearing.

Kumar is confident Vedanta will also get the clearance just by revising the ToR, even without fresh public hearing.