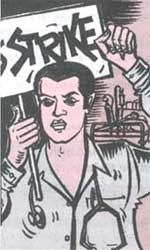 An indefinite strike by 7,000 public sector doctors is causing immense distress to the Venezuelan people who have already been facing the brunt of declining health care services for the last decade. The most affected are the poor, who depend on subsidised medical services provided in the government-run hospitals. The strike is a manifestation of the crisis caused by the slump in oil prices which has forced the government to make cuts worth us $4 billion from public spending.

The doctors have even abandoned the emergency ward which has resulted in over a dozen deaths, which in normal conditions would not have occurred. The doctors went on strike demanding tripling of their monthly salaries of US $375, which are among the lowest salaries paid to physicians in Latin America. Their demands also include more resources to the hospitals and easy supply of medical stocks. Venezuela, which is heavily dependent on petroleum exports was earlier known to have one of the better health care facilities in Latin America. The decline started when the oil prices crashed in the 1980s leading to bureaucratic corruption and inefficiency.

The government has declared the strike illegal and has said that it does not have resources to meet the demands of the striking doctors. It also shut one of the largest hospitals of the country, the Lidice Hospital, and fired all the 250 striking doctors.