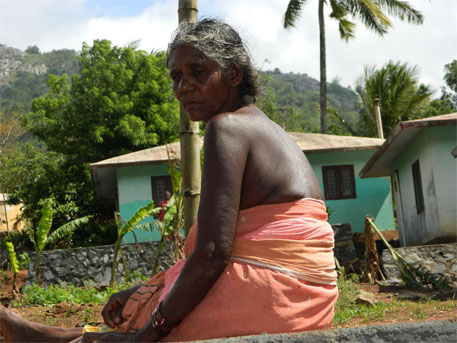 Attappadi stands testimony to how land encroachment by outsiders and the mainstream development process of the government could deeply shatter an erstwhile self-sustained community.

Attappady tribal block was formed in 1962. The state government made this block the first Integrated Tribal Development (ITDP) block after the State Planning Board assessed it the most backward block. Since then a number of schemes and projects, such as the Attappady Valley Irrigation Projects, Attappadi Farming Society, Attappadi Goat Farm, and the Western Ghats Development Project were started in the name of tribal development.

“Despite spending crores, these projects could not make the tribes a self-reliant community. Instead, they made tribals, who were cultivators, mere wage labourers,” points out P R G Mathur, anthropologist and former director of Kerala Institute for Research, Training and Development Studies for Scheduled Castes and Scheduled Tribes (KIRTADS), a state government organisation based in Kozhikode.

These projects, incomplete or completed, paved way for the emergence of a strong nexus of contractors-politicians-officials in the block. Politicians became contractors, contractors became politicians, and they became the people’s representatives. They did not have any empathy for the tribal communities, points out K A Ramu, convener of Thampu, an organisation working among adivasis in Kerala.

When the Kerala government implemented the Ninth Five Year Plan as People’s Plannning (1996-2001), villages in Kerala got a chance to decide what they want. But even this did not benefit the tribal communities in Attappady.

“Adivasis could not participate in this process effectively for many reasons,” points out Ramu. “Till then everything was imposed on the people from the top, and this had affected their capacity to take decisions.”

More than that, over the years, adivasis have become a minority in Attappady and they are living amidst of the settlers, contractors and politicians. Besides, the government never took them into confidence and made no special efforts to empower them as the decision makers.

“By then the traditional system of administration within the tribal communities had broken, tribal chiefs lost their power, and oorukoottam (gathering within the community which takes collective decisions) had been disempowered,” points out Ramu. Adivasis in Attappady became a shattered community.

The last one in the list of projects was the Attappady Wasteland Comprehensive Environmental Conservation Project (AWCECP), a project for “ecological restoration of degraded wasteland in the block and development of replicable models of participative eco-restoration, promoting sustainable livelihood with special emphasis on tribal population in harmony with resource base.” Attappady indeed needed eco-restoration. Over the years, almost all the hillocks had been  completely denuded because of indiscriminate felling of trees, first by the British rulers for making railway sleepers and then by timber smugglers. Having no forest cover, the hillocks lost their top soil. Adivasis were forced to retreat to the hill slopes when settlers bought or encroached their fertile lands in the valley.

The project was launched in 1995. It was orginally planned for 10 years but later got an extension of five more years. It was implemented by the Attappdy Hills Area Development Society (AHADS), a government agency, with a development assistance loan of Rs 219-crore from the Japan International Cooperation Agency (JICA).

The project took micro-watersheds as basic unit of development and started soil conservation and reforestation programme. Ooru Vikasana Samithi (settlement development committees like oorukoottams for taking decisions) was formed in all settlements. Contractors were kept at bay in the initial stage.

The project succeeded in afforesting large tracts of barren forest land and it provided over 2,000 houses for the tribes.  About 300 tribals worked as forest guards, watchers and field workers of the project.  The project provided employment to tribals as wage labourers in reforestation and other works throughout the year. It paid higher wages, and gave equal wages to men and women.

…but deviated from objective

But being a high cost project and having high targets of spending money every year, AHADS turned to construction of houses, roads and bridge along with soil, water and forest conservation.

“The project deviated from its original objectives and acted like a construction company after 2005,” says P N Unnikrishnan, first director of AHADS and former Principal Chief Conservator of Forests (PCCF) of Kerala. It could not focus on improving the quality of life of the tribes. It should have focused on making the tribes self-reliant through developing their barren lands so that they could sustain their agriculture and grow food crops.”

Unnikrishnan points out that the project was originally envisaged as a low cost project of a few lakh rupees, but the project cost was ballooned manifold at many stages before launching in 1995 to match the conditions of the funding agency. Half of the project money was spent on salaries of the employees. Except a handful of adivasis, all others were non-tribes from outside. When the project was wound up, all the adivasis who were working as forest guards and watchers lost their jobs. After the death of infants they have been given jobs on contract.

According to Rajendra Prasad, president of Thampu, money spent so far in Attappady in the name of the tribal development would easily come to around Rs 1,000 crore, taking together the money spent by local bodies, ITDP, health and other departments and various projects. For drinking water alone Rs 50 crore has been spent. But still many settlements and anaganwadis, and even the tribal speciality hospital lack drinking water facilities. During 2012-13, ITDP alone has spent Rs 12 crore under different heads.

“The poverty and malnutrition among the tribes itself is a testimony of the failure of the development projects,” points out Ramu. According to him, the only way forward is to take tribal communities and organisations into confidence before planning anything for them. Now the community is shattered. “So the beginning must be empowering oorukoottams once again,” he says. None of the ministers who visited Attappady in the wake of infant deaths and announced packages has bothered to meet and consult the tribal organisations, he says.