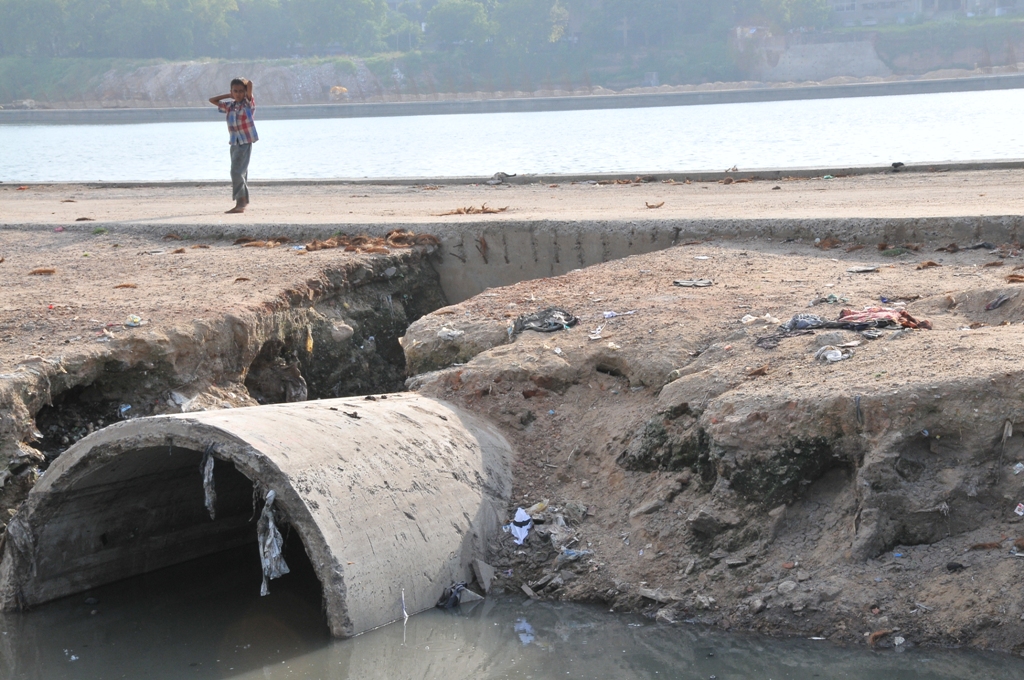 The current piped sewerage systems do not treat sewage but merely transport it away, says CSE (Photo: Meeta Ahlawat)

India generates a staggering 1.7 million tonnes of faecal waste a day, according to "Urban Shit", Down To Earth magazine's latest cover story on sewage disposal in the country. Based on an analysis done by Delhi-based non-profit Centre for Science and Environment (CSE), the news report shows how India is missing the point when it comes to safe waste management.

At a workshop held in New Delhi on April 5, CSE Director General Sunita Narain said that most cities have no clue how to convey the waste or treat it. Official figures show that 78 per cent of the sewage generated remains untreated and is disposed of in rivers, groundwater or lakes.

Explaining the corelation between water and supply issues, Narain said since water is sourced from far away, as it is in the case of Delhi, it has led to an increase in the cost of supply as well as high distribution losses. "The farther the source, the more are the distribution losses and the less water there is at the end of the pipeline," she said. Due to the high costs incurred, cities are not able to recover the costs of supply and have, therefore, no money to invest in sewage treatment.

Eighty per cent of water leaves homes as sewage. Since cities do not have any accounts of the sewage they generate, they cannot plan and do not have the capacity to treat all the sewage they generate, Narain said. This has the gravest implications for rivers where the faecal sludge is dumped. "We are a generation of lost rivers. How many will we lose before we remember that unless sewage is managed, the river-cleaning operations will not work?" asked Narain.

The CSE analysis points out that the amount of sewage generated in 2009 was 38,255 million litres daily (MLD), while India’s capacity to treat was only 11,788 MLD, which was a mere 30 per cent of the total waste generated. However, the actual sewage treated was even less at 8,251 MLD, which was about 22 per cent.

Experts at the workshop said that a large quantity of water was being used worldwide in carrying human excreta. "This is not the best use of water," said Suresh Rohilla, CSE’s water programme director. Rohilla said the current technology—using water to flush down excreta and carry it away—was not sustainable. The solution, he said, was on-site faecal sludge management using modern septic tanks and other technologies so that the excreta does not contaminate water bodies. "The current piped sewerage systems do not treat sewage but merely transport it away. They are toxic and extremely polluting for the rivers and lakes where they are dumped," he said.

The magazine report has found evidence of alarming methods of sewage disposal. While in India only 33 per cent of houses (Census 2011) are connected to sewer systems, only around 38 per cent use septic tanks. These septic tanks do not treat waste and have to be emptied periodically. The report points out that entrepreneurs who service septic tanks, pump out the sludge from the tanks and empty it into drains, fields—just about anywhere.

CSE made the following recommendations to deal with the problem: