A trashed valley: Kashmir needs to segregate its waste at source 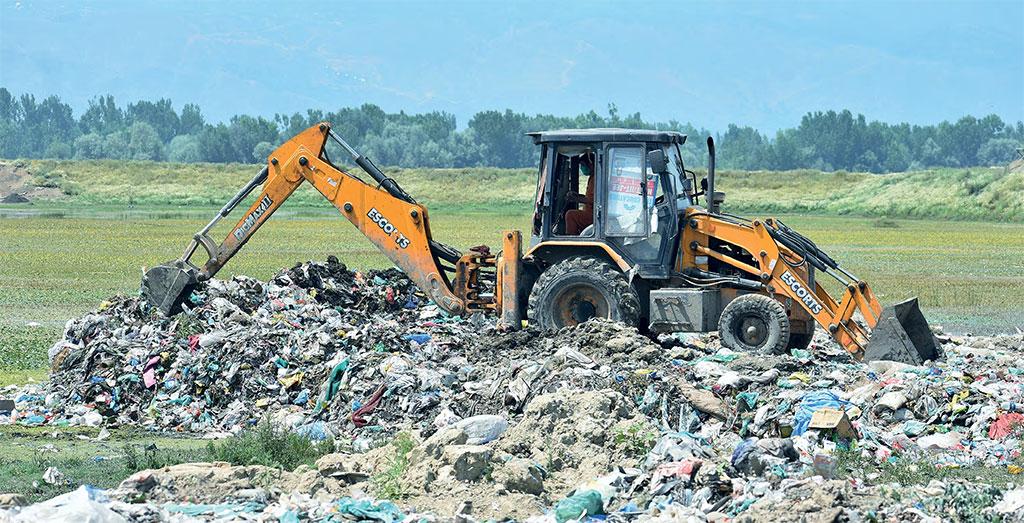 After Jammu and Kashmir High Court’s intervention on July 15, Sopore Municipal Committee employed 150 workers and JCBs to earth fill the illegal dumpsite they had created along the Wullar lake during the lockdown (Photograph: Hakim Junaid)

The daily garbage generated by Mushtaq Khan, a dentist in Srinagar, and his family of six can fit inside a regular disposable paper cup.

This has been possible because the family segregates its garbage and composts the organic kitchen waste in a pit constructed in their kitchen garden. Before they introduced this simple tweak in their lifestyle over a year back, they generated nearly three kilogrammes of unusable mixed waste every day.

A similar routine is followed by Mujtaba Bashir, and his family in Budgam district, who believes in-house composting is the only sustainable solution to the mounting garbage problem in the Valley.

Like them, many families across Kashmir districts are being putting their faith on in-house composting because local governments have over the past decades only aggravated the garbage problem.

In the absence of proper waste management, local municipal bodies have resorted to several illegal practices. The most glaring of them is the rampant dumping of untreated waste in waterbodies including rivers, lakes and wetlands.

Kashmir has limited usable land due to its mountainous terrain and almost all of it is extremely fertile because of the wide network of rivers and lakes.

Even the non-irrigated land on mountains and karewas (fertile hilly land lacustrine in nature) are suitable for agriculture due to ample rainfall. At the same time, the Valley, which accounts for the bulk of the fertile land, has witnessed tremendous urbanisation in the recent past.

Srinagar is one of the 100 fastest-urbanising cities in the world with an annual growth rate of 2.5 per cent. So, not only is finding land for dumpsites extremely difficult, waste generation is also increasing rapidly.

This explains why for the past 10 years the Srinagar Municipal Corporation has been unable to acquire 20 hectares for creating an alternate landfill site as the existing site at Achan is already overflowing.

In 2017, the then deputy chief minister Nirmal Singh announced the formation of a committee, headed by the city’s deputy commissioner, to hunt suitable land. After failing to find land within the city, they unsuccessfully tried the neighbouring Budgam district. But people there staged strong protests. 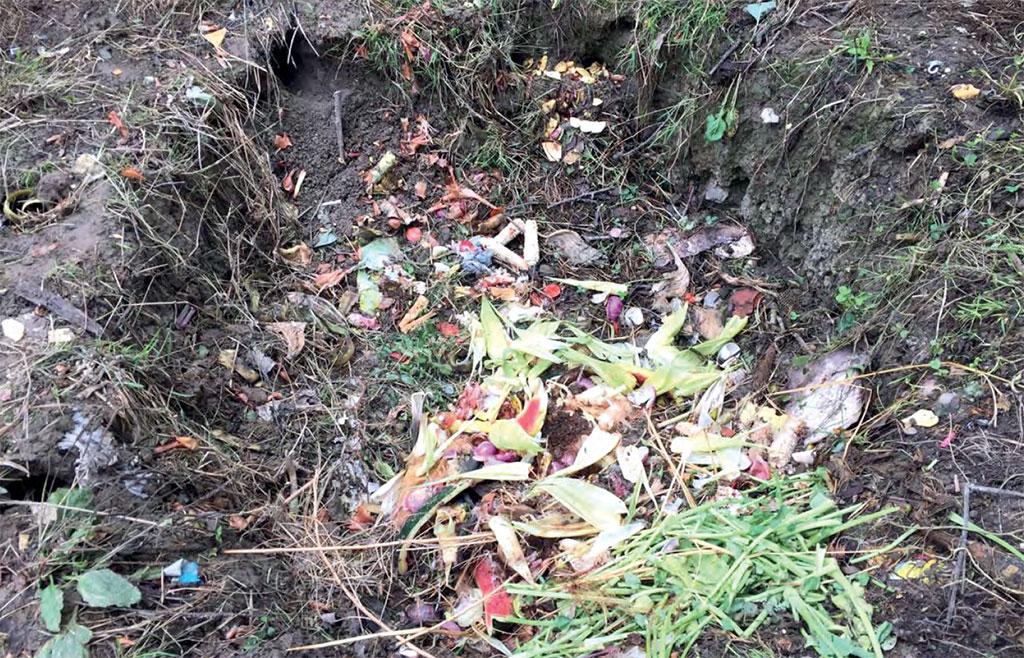 The Sopore Municipal Council in Baramulla district has been on the lookout for a landfill site for 10 years. During the lockdown, it started illegally dumping waste in Ninglee wetlands along the Wullar lake, one of the three UNESCO Ramsar sites in the Union Territory (more on this later). The Bandipora Municipal Council has also adopted a similar practice as they are dumping waste in the Zalwan region located on Wullar’s eastern bank.

In March 2019, I filed a petition before the National Green Tribunal (NGT) on the mindless dumping of waste across the Wullar lake, Hokasar wetland and Doodh Ganga river. In April 2019, the NGT sought a report from the state government.

In response, the Kashmir divisional commissioner last December told the tribunal that no municipal solid waste would be dumped in wetlands or water bodies. It also issued a notice to all departments to increase vigil against such waste dumping and suggested a host of other measures including erection of sign boards.

We now know that despite the state directives little has changed on ground.

This World Environment Day on June 5, I had mailed an article to the NGT showing that Sopore Municipal Committee had taken advantage of the lockdown and illegally set up a dumping site in Ninglee wetlands, west of Wullar.

The site is not only a wetland but also a demarcated forest area. It even has a nursery by the Water and Soil Conservation Department and is being developed as an eco-tourism zone.

On July 8, the NGT took cognizance of my article and issued a notice to the deputy commissioner of Baramulla, State Pollution Control Board and member secretary of State Wetlands Authority to respond by October. Surprising enough, Jammu and Kashmir does not yet have a State Wetlands Authourity. 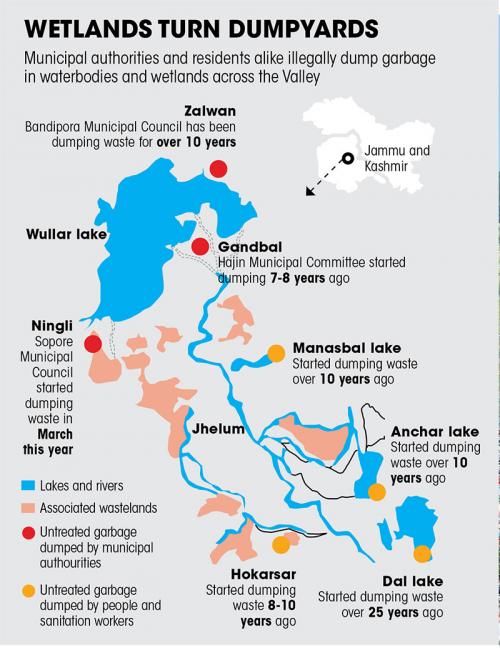 Meanwhile, residents of Ningli Tarzoo village near Sopore town moved the Jammu and Kashmir High Court, seeking immediate closure of the illegal garbage dumpsite. The division Bench on July 10 sought a status report from the government on the allegations.

On July 15, the Bench suggested the court might have to visit the site to know the truth after the municipal council alleged no dumping had taken place. A day later, the council employed more than 150 labourers and earth movers to fill the illegal dumping site.

Since then, the council continues to dump untreated garbage and then covers it up with soil. On September 1, the chief justice of the high court — part of the Bench — announced a visit to the site and get the land dug up to see whether the civic body was staging a cover-up.

Municipals are local governments are responsible for protecting the environment; but in Kashmir they are involved in its destruction.

The crisis is not limited to urban bodies. Rural areas are also struggling due to poor waste management. Local residents and sanitation workers also dump waste in waterbodies.

Despite scarcity of land, the local governments are aimlessly hunting new areas and are willing to resort to illegal practices. Instead, they should turn to the Municipal Solid Waste Rules, 2016. It insists on segregation at source and decentralised composting. This is easily possible in the Valley as nearly 80 per cent all houses own open spaces, but it needs a government push.

For the revival of the wetlands, I had suggested in the 2019 NGT case a collaboration between the wildlife conservation department, which is responsible for wetlands, and the rural sanitation department, the nodal agency for Swacch Bharat-Gramin, a programme whose budget has remained largely unspent in the past five years. On August 27, the NGT has directed the state government to look into the feasibility of the suggestion.

The author is a Srinagar-based activist and columnist. He is an Acumen India Fellow.

This was first published in Down To Earth’s print edition (dated 16-30 September, 2020)