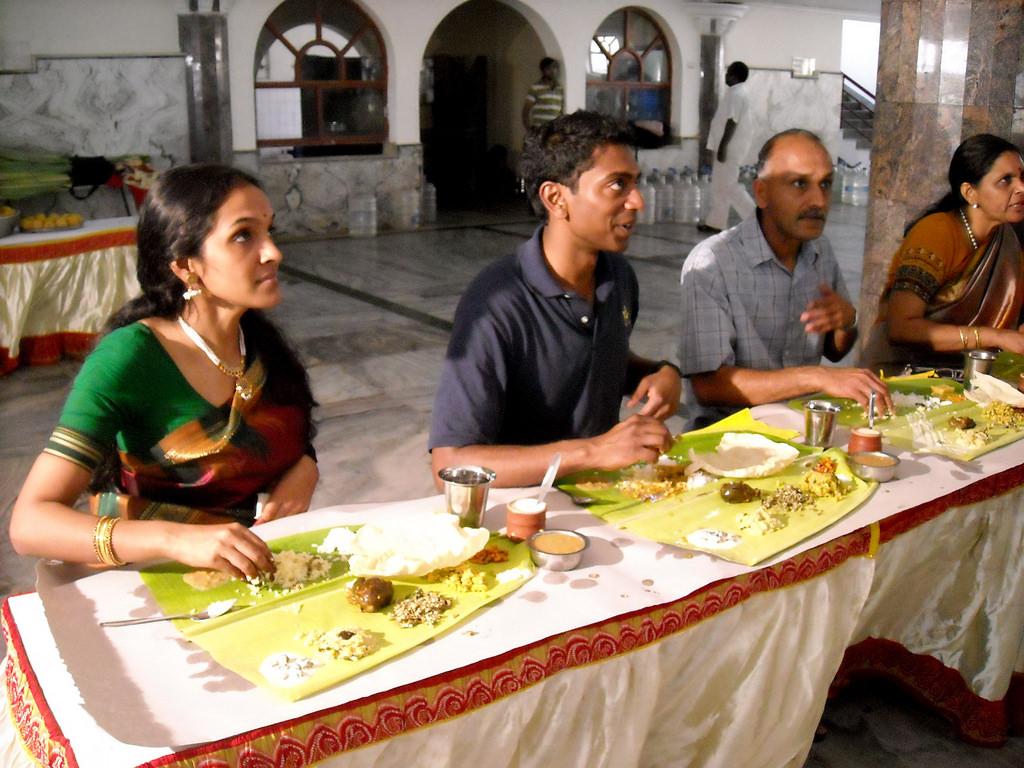 There are many hall owners that want plantain leaves to also be a part of the permissible cutlery list. Photo for representational use only Credit: Flickr

In an important move to curb burgeoning plastic waste in Bengaluru, mostly due to social events, the Bruhat Bengaluru Mahanagara Palike (BBMP) has decided to ban plastic during marriage ceremonies as per an order issued on September 7, 2018.

To add to this, the state government of Karnataka banned the usage of plastics in any form for all state government departments, government-run boards, corporations and educational institutes a day prior to the BBMP order. “During the festival and wedding seasons, plastic disposable cutlery littered outside tents and wedding halls is a common sight as usage of plastic cutlery in any big or small event has become a quotidian or daily practice,” says N S Ramakanth, a senior member of the Solid Waste Expert Committee set up by BBMP. “We have had such bans earlier too, such as the one on March 11, 2016, notified by the Karnataka government banning plastic bags, banners, buntings, flex, plastic flags, plates, cups, spoons, straws, carry bags, cling wraps and plastic sheets, implementation of which has been weak,” he further adds.

In order to ensure plastic-free weddings, BBMP has asked banquets, wedding halls and Kayan Mantaps (community venues) to manage their waste efficiently by following the regulations of the plastic ban and by segregating at source. Such halls have also been asked to make provisions for certain on-site facilities such as plate banks, RO water dispensers, dishwashing facilities and adequate number of colour-codes  for the collection of dry waste, wet waste and sanitary waste. “Considering Bengaluru was one of the first cities in India that mandated its citizens to segregate waste at source into three categories as per the Solid Waste Management Rules, 2016, this will work,” says Hemalatha K, Executive Officer, BBMP.

The order says that depending on the size of the hall, cutlery made of steel, ceramic and melamine should be arranged. The halls are to see that they do not waste too much water in cleaning the cutlery and install dishwashers. The halls have been asked to install RO filters and serve RO water to guests in place of packaged water in order to reduce the quantum of PET bottles.

The halls need to set up decentralised systems such as composting or bio-methanation plants to treat wet waste at the source itself. Other wastes are to be given to empanelled vendors.

One of the major concerns for ensuring that segregation happens during such events is the behaviour change aspect. “We have been training the bulk generators and these vendors on how to segregate and restrain the use of plastics in their venues for past couple of months,” says Ramakanth. “Our cities are grappling with plastics, majorly single use; plastic reduction and segregation at source both make the waste management system more robust,” he further adds.

“Many vendors have already started following these regulations and also, three months’ time has been given to these vendors to act upon these regulations,” adds Hemalatha. “I am positive that this will bring a major change on the ground. There are many hall owners that want plantain leaves to also be a part of the permissible cutlery list and are willing to make use of them scientifically,” she further adds.

It is one thing to notify such regulations, but now the responsibility lies on the shoulders of the BBMP to enforce and monitor them. “The citizen groups along with volunteers will continue to work on awareness and propagation to ensure that implementation happens on the ground in the stipulated time,” adds Ramakanth.