Imphal struggles to handle its waste

After a seven-month-long protest, the city’s municipal corporation reached a solution which too isn’t permanent 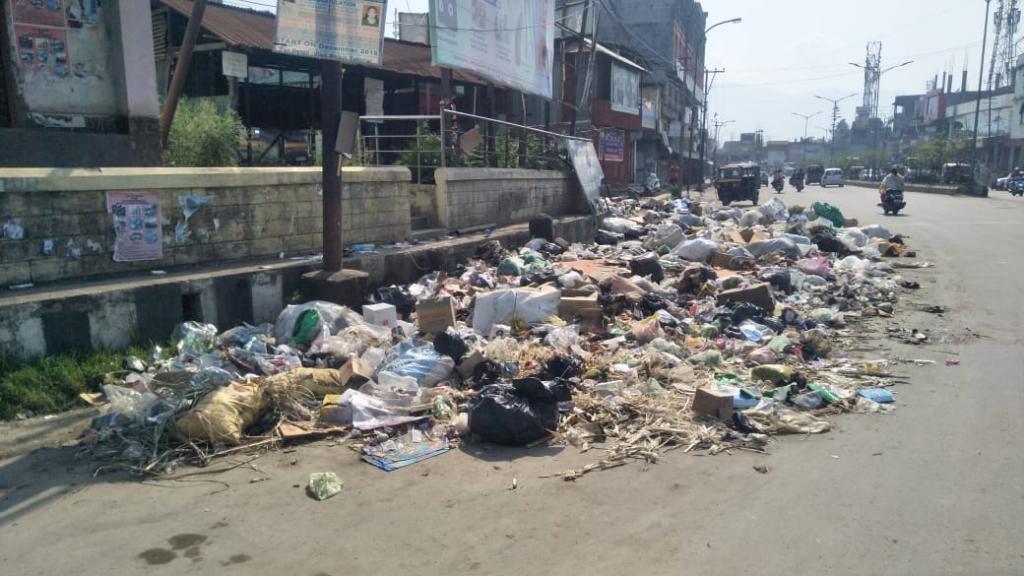 Waste was being dumped on streets and on any unused government land in Imphal for seven months after people living near Lamdeng Solid Waste Management and Treatment Plant started protesting. Their protest halted garbage dumping in the city’s landfill.

Even the Imphal Municipal Corp (IMC) was forced to accumulate garbage inside its premises. The protests started on October 10 when people, frustrated over unsafe and unsanitary dumping of waste at the site, started stopping vehicles carrying solid waste from entering the landfill.

They have pointed out their problems several times in the past that the liquid waste from the plant drains into their paddy fields directly as there is no proper drainage system.

“The locals have long been demanding hygienic conditions, construction of roads, drains, and fencing along the lone solid waste management plant of the city,” said Leikhendra Singh from Centre for Research on Environmental Development, one of the non-profit affiliated with the IMC to handle collection and disposal of solid waste in the city.

The protest was called off on May 9, 2019 after the corporation and local associations reached a consensus.

The solution: instead of dumping waste at the site in the earlier fashion, the municipal corporation has now dug two to three deep pits to burying the collected waste. A sheet of plastic and bamboo sticks have been laid inside the pits to prevent any leakage and mixing with groundwater.

“It is a temporary solution. There is no other option for us right now till the waste-to-energy (WTE) plant at the site starts functioning, which will take another two-three months,” said Samuel Moirangthem, assistant municipal commissioner, IMC.

The backlash was so strong that on May 10 morning, when the protest had ended, the municipal corporation transported waste with police protection.

Moreover, the landfill is already full to its capacity as the waste processing capacity is mere 60 tonnes per day but around 120 tonne is being disposed at the site every day.

With states not treating their solid waste, people across India are now standing up against the setting up of unsanitary landfills and dumpyards in and around their locality. In the last three years, 22 states saw 79 major such protests/interventions.