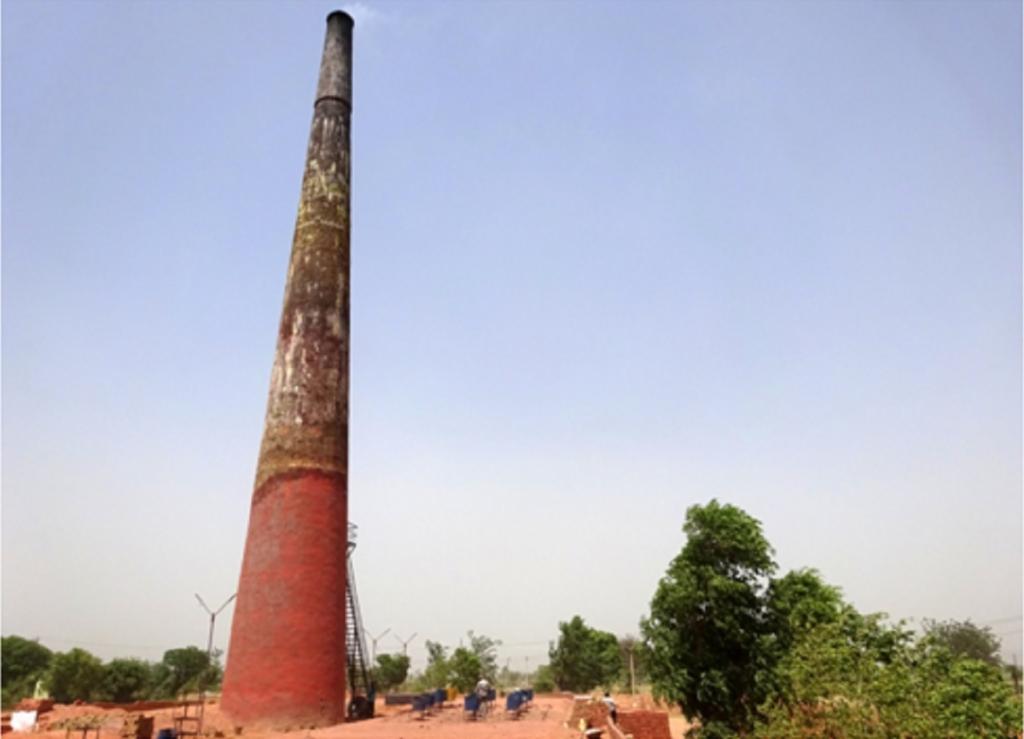 If agricultural waste can be used as fuel in brick kilns, then many issues pertaining to its disposal from farmers’ perspective will be addressed.

“Many converted brick kilns in our area are using tudi (crop residue of mustard) and maily (organic waste from sugarcane factories) as fuel along with coal for brick production. The coal consumption has definitely gone down by 15-20 per cent in my kilns which I had converted to zigzag a year ago,” said a brick kiln owner from Baraut, in Baghpat district.

This change has been brought not only because kiln owners are using agricultural waste with coal in their kilns, but also because of conversion of most fixed chimney bull trench kiln (FCBTKs) into zigzag technology following the directive from Environmental Pollution (Prevention and Control) Authority (EPCA).

The EPCA had directed that all FCBTKs be converted to zigzag by September 30, 2018. “Out of around 425 functional brick kilns in Baghpat district, some 300 kilns have converted to zigzag technology so far, and almost all of them are using agricultural waste along with coal as fuel. We have benefited as we are saving fuel expenses by having to use less coal. Quality of our bricks has also improved and pollution from our kilns have reduced significantly,” said a brick kiln entrepreneur from the district.

Therefore, brick kiln owners are now saving around 2 tonnes of coal, which amounts to savings Rs 22,000-23,000 per one lakh bricks. Therefore, if a brick kiln has a capacity of 50 lakh bricks per season, the savings would amount to Rs 11 to 11.15 lakh.

The controversy and ground reality

As the deadline from EPCA came close, many brick kiln entrepreneurs started complaining that agricultural waste cannot be used in kilns with zigzag technology. The controversy has been prominent especially in Punjab, Rajasthan, Haryana and western Uttar Pradesh.

However, this is far from reality. Contrary to what the kiln owners in those regions say, Baghpat stands out as an example by proving otherwise. “Such argument is baseless, as there are many zigzag kiln owners in various states who are using agricultural waste as fuel in their kilns. People who are saying otherwise are either unaware or have never actually explored the option of using agricultural waste as fuel in zigzag kilns,” said Sandeep Ahuja, an expert on brick kiln technology.

The orders that were dodged:

A majority of the brick kilns that have been converted to zigzag in Baghpat district are using agricultural waste and coal as fuel and producing better bricks. Nevertheless, the coal content is on the higher side as two-thirds of the total fuel is coal and one-third remains agricultural waste.

While agricultural waste helps in ignition and quickly reaching temperature beyond 400 degree Celsius, coal is required to maintain temperature above 1050°C in order to get the best quality of bricks.

Also, one has to take care during the construction of zigzag kilns and the brick setting. Ahuja said that when using agricultural waste, certain precautions have to be taken: As the calorific value of coal is very high in comparison with tudi, the brick setting can be dense in zigzag kilns where only coal is used as fuel.

However, if agricultural waste is used in loose form as fuel, then it must be ensured that the passages between the pillars of green bricks are not blocked due feeding of agri-waste during firing.

For this purpose, the gap between the brick pillars from the base has to be widened to 9-10 inches, which is normally five inches in kilns with only coal as fuel. Also, the Bandhan — which is used for tying of green brick pillars — should be changed to a net-styled one instead of the solid one, to avoid blockage of passages.

“Brick entrepreneurs have created a ruckus while converting to cleaner zigzag technology citing the reason that agricultural waste cannot be used in zigzag brick kilns. However, a small innovation implemented by brick kiln owners in Baghpat has shown that agricultural waste can be used in zigzag brick kilns,” said Chandra Bhushan, Deputy Director General at Delhi-based non-profit Centre for Science and Environment.

“It’s an important learning and such kind of innovation needs to be encouraged at all levels in order to transform the unorganized brick kiln sector to organized as well as resource efficient one, in terms of both raw materials and fuel consumption,” he added.