Is the world ready to meet the SDG target on sanitation?

Has the world really cleaned up its act and met the sanitation targets it had set for itself?

It is a question many are asking after the Joint Monitoring Report on water, sanitation and hygiene, produced jointly by the United Nations International Children's Emergency Fund (UNICEF), and the World Health Organization (WHO), was released recently.

Most countries of the world have not only reduced open defecation but have also improved a lot on safely-managed sanitation between 2000-2017, says the report.

Moreover, 16 countries have reduced open defecation by 20 per cent and the leading country in this respect is Ethiopia (57 per cent), followed by Cambodia (53 per cent) and India (47 per cent).

Does all this mean the world is moving towards a safe sanitation goal as defined by the Sustainable Development Goal (target 6.2) by 2030?

The target 6.2 says, “By 2030, achieve access to adequate and equitable sanitation and hygiene for all and end open defecation, paying special attention to the needs of women and girls and those in vulnerable situations”.

A closer look at the report’s data tells you that this is certainly not the case.

Take the example of Ethiopia, which is the country that has reduced open defecation the most in Sub Saharan Africa. But the JMP report card, when studied in detail, shows that the decrease in open defecation in the country has been compensated by the increase in unimproved sanitation. 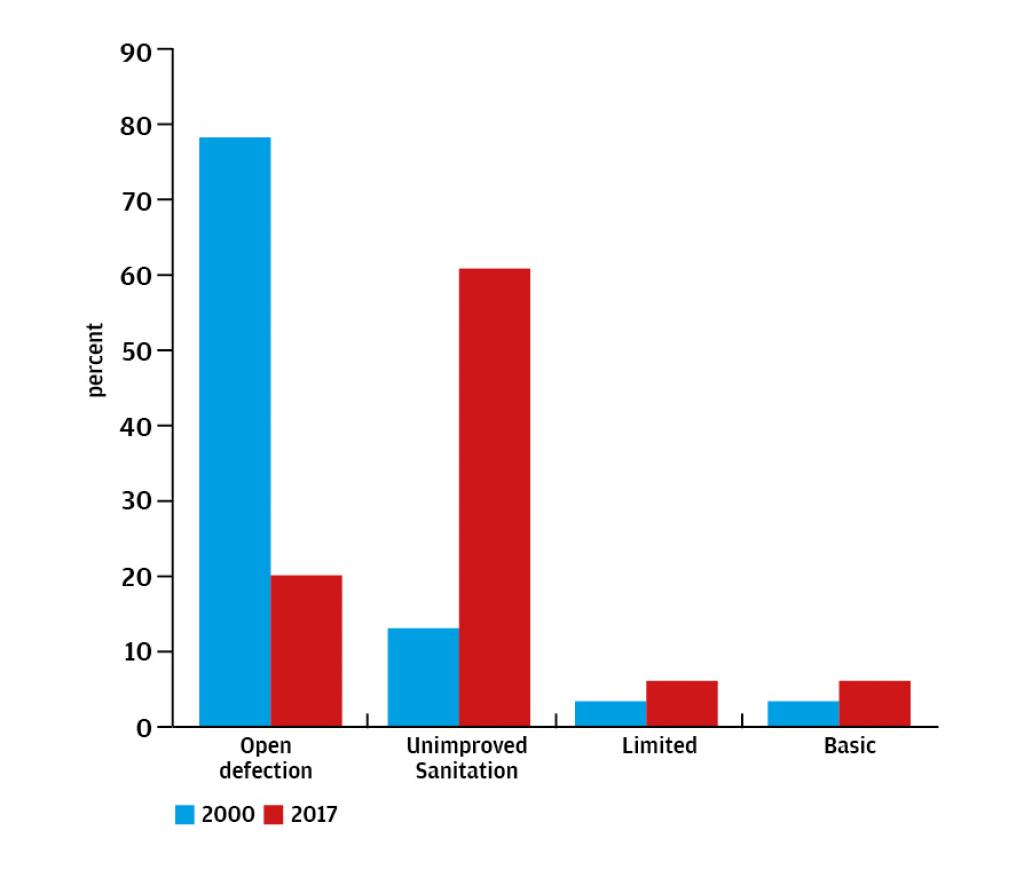 The next lead country, India, is slightly better as both, open defecation and unimproved sanitation have reduced in the country according to the report.

The report confirms that there has been a distinct reduction in open defecation after the launch of the Swachh Bharat Mission in India, although the decrease/increase value determined by the JMP method may differ from the government’s analysis.

But, the country is still to gear up on safely-managed sanitation. Down to Earth’s analysis on the other hand, has shown that on the ground, states like Bihar, Uttar Pradesh, Odisha show faulty toilets, which result in the contamination of waterbodies.

The JMP report also says that there was a reduction of open defecation in 91 countries between 2000-2017, which is equal to 696 million people. It adds that most of this reduction has been in Central and Southern Asia (three-quarters).

But at the same time, a total of 49 million people in 39 countries recorded an increase in open defecation (in the same seventeen years) and most of these countries lie in Sub Saharan Africa.

Though some African countries have shown marginal improvement, they are likely to miss the Sustainable Development Goal on sanitation in 2030.

Thus to meet the SDG target, the countries need to focus not only on correct toilet technologies but also the treatment of faecal sludge. 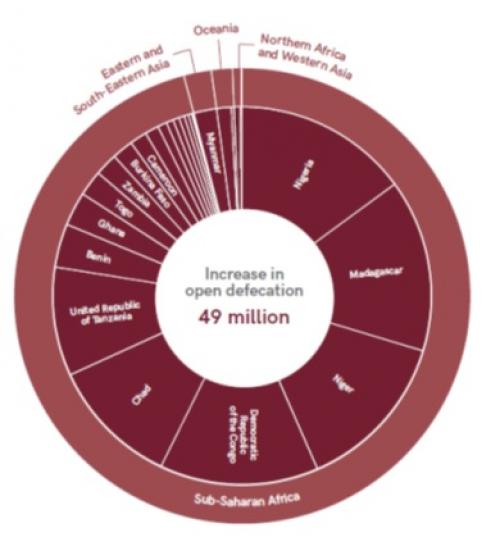 (Along with Rashmi Verma)