Start-ups tap into novel techniques to not just collect garbage and process it in an environment-friendly manner, but also convert it into something of value 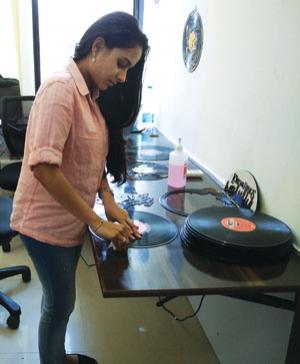 Most of us never bother to know where the garbage from our households and localities ends up. It is forgotten once packed in dustbin bags and left for the municipality to dispose of. But the fact is most of the refuse keeps accumulating in our neighbourhoods, decomposing, giving rise to unbearable stench and emitting harmful gases, such as methane, volatile organic compounds and polycyclic aromatic hydrocarbons.

Data with the Central Pollution Control Board (CPCB) shows that India generated 0.14 million tonnes of municipal solid waste a day in 2016. Of this, 60-70 per cent was collected. Since most municipal landfills lack waste treatment facilities, only a small amount—23 per cent of the collected waste—was treated.

Young entrepreneurs in the country are now tapping into this void through a range of innovative solutions, and are converting waste into valuable resources, that too in eco-friendly ways.

Green Nerds Solutions Pvt Ltd is one such bootstrap start-up, which evolved from an idea of decentralised waste management that was sent for a competition conducted by the Times of India. “India has a system for collecting garbage but no mechanism for processing it,” says Abhiman Shetty, one of the founders of the Karnataka-based company. This prompted him and his co-founder Nidhish Shetty to develop an automatic garbage machine that segregates waste collected from the civic body and residential apartments into organic and recyclable constituents. While the biodegradable waste is converted into compost, the non-biodegradable waste is compre ssed and supplied to recycle industries. 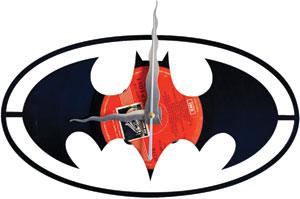 Abhiman and Nidhish Shetty first tested the technology in Karnataka’s Udupi district and have since provided it to nearly 200 municipalities across Karnataka. They have also tied up with six residential colonies and are managing their waste. “We now plan to provide the complete infrastructure to municipalities so that they can easily process the waste material,” says Abhiman Shetty.

Vermigold Ecotech Pvt Ltd is another such Karnataka-based company, which not only collects and processes waste but also converts it into a valuable resource. It collects waste from housing colonies, hotels and industrial canteens, uses earthworms to decompose the biodegradable waste and convert it into organic fertiliser.

“Vermigold Ecotech provides a visually aesthetic and odour-free on-site solution to waste management. Our profits have reached 10 per cent of the company share,” says Jaideep Saptarshi, founder and executive director of the company. The company has developed the organic waste recycling system along with Australia-based Tat-G Corp Pty Ltd Vermicomposting, and has been providing it across India and Bangladesh. Saptarshi hopes that the company will be able to introduce smarter devices in future.

In Mumbai, Amishi Shah has set up The Upcycle Co with the same aim of processing waste, but with a different product in mind. “People usually think that waste management is all about recycling. But recycling involves breaking a product down to its primary state and then reconstructing it. Our idea of ‘upscaling’ involves using discarded products to make aesthetically pleasing goods for household purposes,” says Pooja Sawant, business development head of The Upcycle Co. 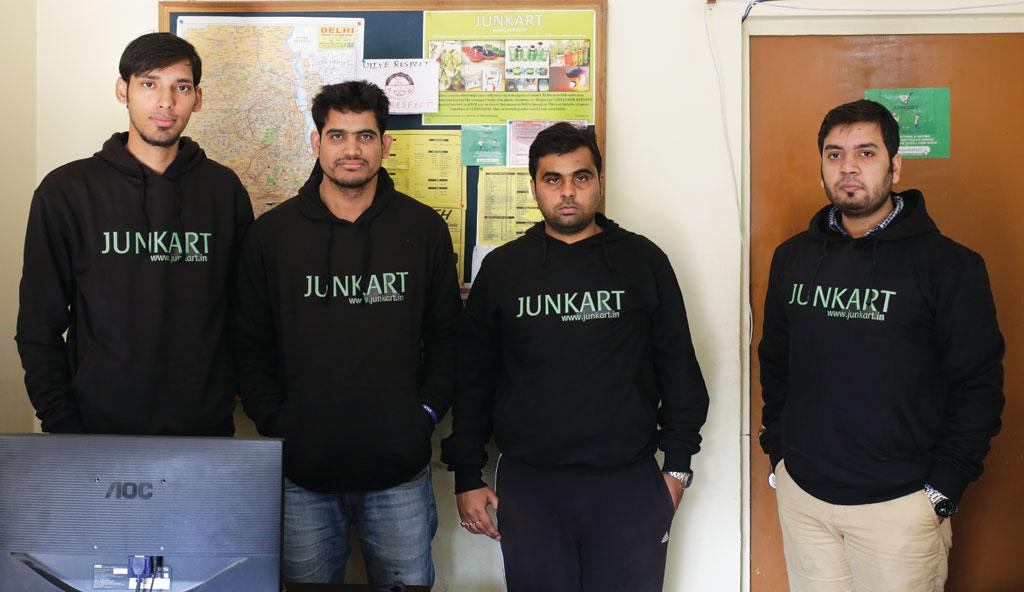 Shah thought of the concept while working on a project for sustainable development during her studies in Britain. Once back in India, she started collecting discarded household items, such as old vinyl records and glass bottles, and create wall hangings, signboards and book holders. Today, her company employs five people and uses discarded CDs and vinyl records to create wall stickers and key chains. “The motive behind our venture is to reduce carbon emissions from vinyl burning,” says Sawant, adding that the burning of one vinyl record releases about 3 kg of carbon dioxide. This is when a wall sticker made from the record sells for Rs 599-750 and a key chain for Rs 149. The Upcycle Co, which is making its concept and products popular online, plans to expand business to Europe.

While Upcycle creatively reduces the load of pollution, Junkart, a young Delhi-based start-up attempts to address the problem by strengthening the traditional method of scrap collection. Its co-founder Niraj Gupta explains his firm’s aim: “The work of scrap vendors is widely disrespected, so our aim is to empower them.” For this, Junkart has developed a mobile phone application, using which people can directly get in touch with scrap collectors who charge Rs 11 per kg for newspapers to Rs 220 per kg for brass. Set up in August 2016, Junkart has also successfully connected over 300 scrap vendors in Delhi to scrap producers. The company now plans to expand its reach to Bengaluru and Mumbai.

With waste disposal becoming a pressing need in India, municipal authorities can learn a few lessons from these young entrepreneurs.