Whether it will be successful remains to be seen; however, it is a praiseworthy step nonetheless

This key decision was taken at a cabinet meeting chaired by Chief Minister Pinarayi Vijayan on November 21, 2019, after taking into account the environmental and health issues the state faces given that it generates close to 45,000 tonnes of plastic waste a year.

Kerala had already imposed restrictions on the use and sale of plastic less than 50 microns in 2018 and facilitated its proper collection, segregation and recycling. However, that decision's robust implementation and availability of affordable alternatives remained a challenge.

With the current notification, the governing body has not only listed the banned products (branded and non-branded as well as compostable alternatives) but has also delineated and recommended substitutes in their places respectively (as represented in the table below), as part of a broader strategy toward more sustainable production. 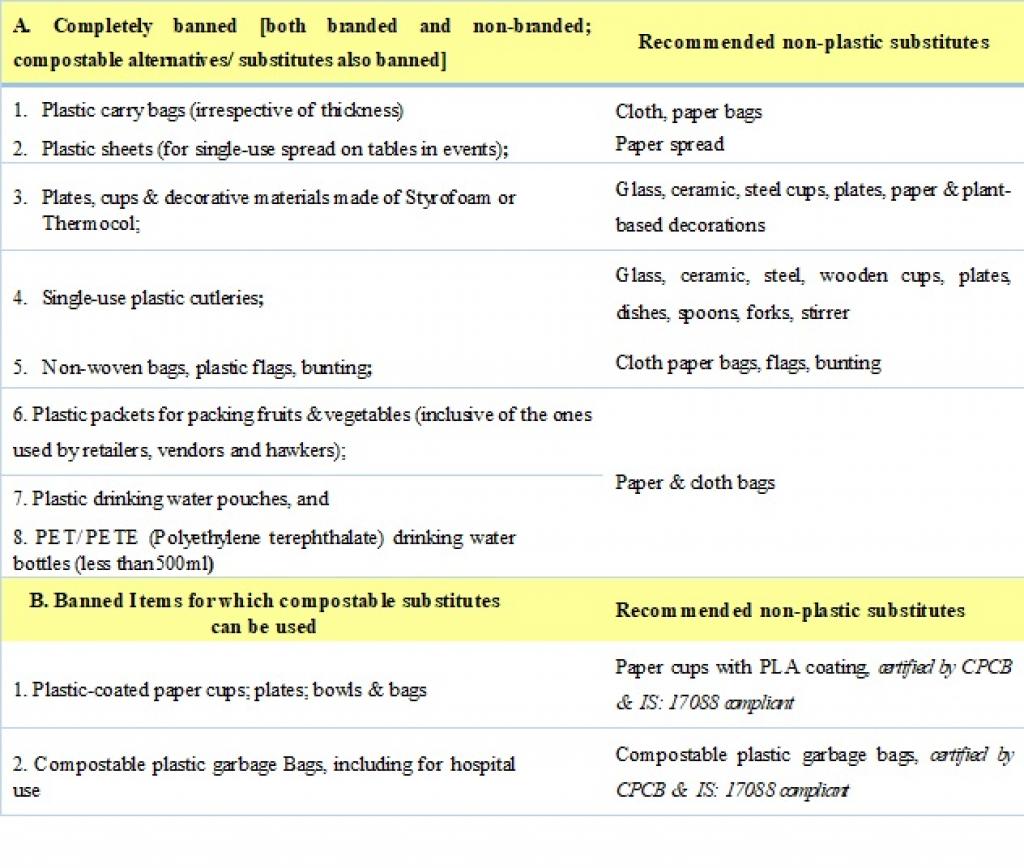 The notification also reiterated that the government will impose a fine of Rs 10,000 (Rs 25,000 for the second time and Rs 50,000 for subsequent violations, along with cancellation of the unit's license) on producers, wholesale distributors and retailers if they fail to comply with the guidelines.

Products such as those manufactured or imported by the Kerala State Beverages Corporation, Kerala Kerakarshaka Sahakarana Federation Ltd (KERAFED), Kerala Co-operative Milk Marketing Federation (KCMMF or MILMA), Kerla Water Authority and other PSUs are exempted from this ban and will instead be covered within the existent ambit of the Extended Producer Responsibility (EPR) plan, which needs to be channelised through the existing waste collection facilities set-up by the local bodies as mandated previously by the state government.

Besides, it is worth to mention that Kerala is one of the few states in India that has time and again mulled over the promotion and adoption of eco-friendly concepts like green protocol, Thiruvananthapuram Municipal Corporation (TMC) resource recovery centre (Clean Kerala Company), the Suchitwa Mission (Department of Local Self Government), zero-waste lifestyles and green habitat among others.

Despite such noble initiatives, the usage of plastic items continued unabated in the state which became visibly evident after the devastating flood of August 2019, when massive chunks of plastic debris and bottles washed back on shore from the overflowing rivers and seas.

Benefits from this ban

Like the two sides of a coin, a ban on plastics has its own pros and cons. Yet, the focus should be on striding over the challenges by making the system inclusive, pragmatic and time-bound.