Kumbh Mela 2019: What’s happening to all the waste?

Estimated amount of fecal matter produced during the Kumbh Mela is 18 times of what the district produces daily; how this waste will be treated and managed is still not clear 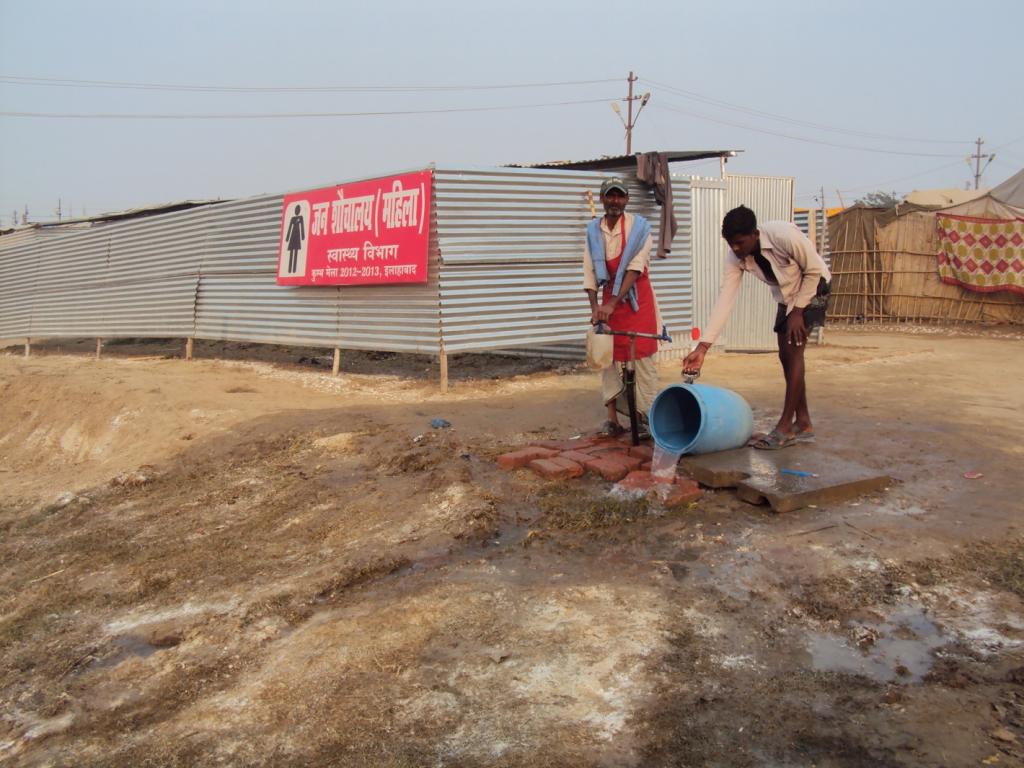 The 2019 Kumbh Mela is special in many ways—it saw the world’s largest temporary city being set up, while the budget for the event was tripled compared to previous years.

Concurring with the 150th birth anniversary of Mahatma Gandhi, special arrangements have been made by the Uttar Pradesh (UP) government to ensure cleanliness in and around the Mela.

As part of the religious gathering, Prayagraj is expected to host around 10 crore people this year. According to media reports, around 20 lakh people are residing at the site.

In order to ensure clean surroundings, hygiene and sanitation, the government has made arrangements for portable toilets, taps for drinking water, sweeping of roads etc. Further, the organisers have put up billboards encouraging people to keep the venue clean.

According to the same report, 1.2 lakh toilets have been installed, 500 sanitation workers and 1,500 Swachhagrahis (volunteers) have been deployed at the site. The Central Pollution Control Board (CPCB) has been tasked to continuously monitor the water quality.

But are these arrangements enough to tackle the challenges of daily tourist influx? As reported in the media, these toilets are to be connected to a septic tank. But, how will the waste be treated and managed is still not clear.

There are also reports about the massive gap between toilet demand and supply on site; hence, some visitors are bound to relieve themselves in the open.

Considering the reported toilet technologies, including septic tanks, deployed on ground, the issue of safe disposal and treatment of faecal matter is a major focus point, along with treatment of the solid waste generated on site.

According to New Delhi-based non-profit Centre for Science and Environment (CSE), the estimated amount of faecal matter produced during the 50 day-long Kumbh Mela is around 18 times more than what the district produces daily.

According to a 2015 study published in the journal PubMed, on an average, the amount of faecal matter produced per day per person is 128 gramme (gm).

Based on this, we can estimate that the faecal matter to be produced by around 10 crore tourists and pilgrims will be around 14,000 tonnes per day (assuming the maximum load on auspicious days). If we add the current population of Prayagraj to the estimated number of pilgrims, the amount of faecal matter produced in a day will increase to 15,000 tonnes.

To manage such huge amounts of waste is a herculean task. The existing sewage treatment capacity of the district—around 254 million litres per day (MLD)—is not enough to tackle half of the sewage generated during the Mela.

This poses a great challenge for the state government as it will impact the groundwater quality, environment as well as human health. Hence, questions arise on whether we can afford to leave such huge quantities of liquid waste on the banks of river Ganga—untreated and unaddressed.