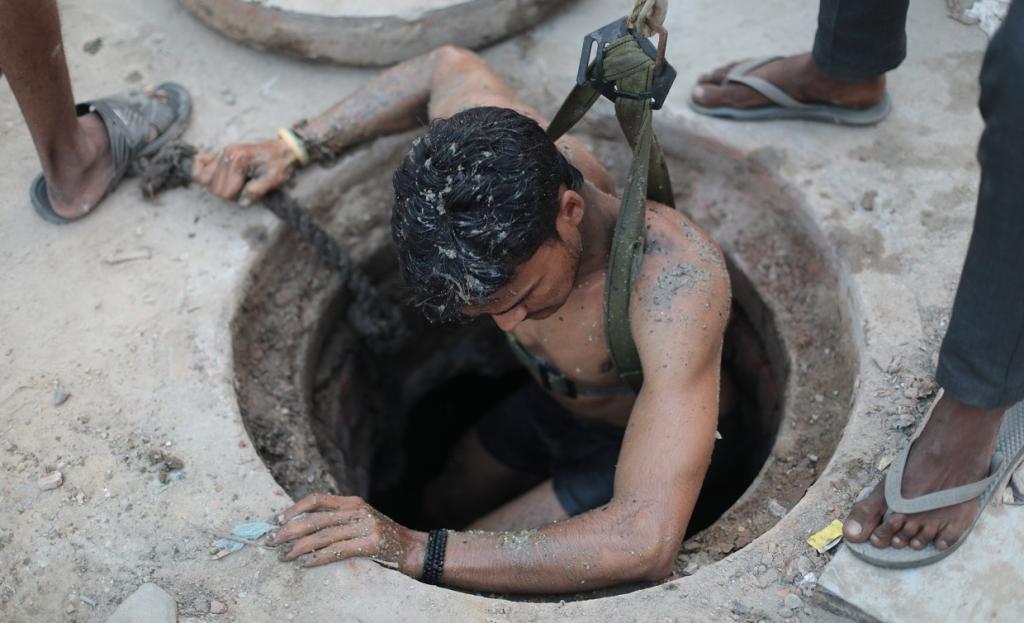 It’s illegal, it’s demeaning and it’s fatal. And yet, it happens. Manual scavenging is described by the Prohibition of Employment as Manual Scavengers and their Rehabilitation Act, 2013 as “manually cleaning, carrying, disposing of, or otherwise handling in any manner, human excreta from the insanitary latrines”. Sunday evening saw five people, doing this job in the country’s capital, die. No, correction: killed.

There is a ban on manual scavenging and so the government considers it non-existent but there still exist more than 2.6 million dry toilets in India, according to Census 2011. How are they being maintained, if not manually? That’s when there comes another twist. The government doesn’t consider sanitation workers who, everyday, enter sewer lines and septic tanks to clean them, as manual scavengers. How will the country start to solve a problem if they refuse to acknowledge it?

An inter-ministerial task force this year counted manual scavengers in India and landed with a number as high as 53,236, which is four times the number written in 2017’s official records. But this is still a gross underestimation as the data was only collected from 121 of more than 600 districts in the country and it didn’t include data from the largest employer of manual scavengers—the Railways.

The Safai Karmachari Andolan (SKA), a national movement committed to total eradication of manual scavenging and rehabilitation of all scavengers with dignified occupations, collated data and found that 1,470 people have died cleaning sewer lines and septic tanks in the past few years. In fact, the Ministry of Social Justice and Empowerment itself told the Lok Sabha in 2017 that the country saw 300 manual scavengers die that year. Of these, 12 deaths occurred in Delhi and 140 in Tamil Nadu, which was the highest.

Even the first week of 2018 saw seven manual scavengers die. While four died fixing a sewer line in Mumbai, three died in Bengaluru while cleaning a choked manhole.

It’s not even like that changing times or increasing awareness or better education is bringing in any change in the society. If sewage treatment plants were supposed to be the answer to this problem, then the deaths of two people trapped in one in May 2018 should be reason enough to be disappointed. And, still if you think this would not have happened in a more organised set up, think again because this case occurred at Vivanta by Taj—Ambassador Hotel in Lutyens’ Delhi.