Compared to the E-Waste (Management & Handling) Rules, 2011, these seem to be a welcome change. 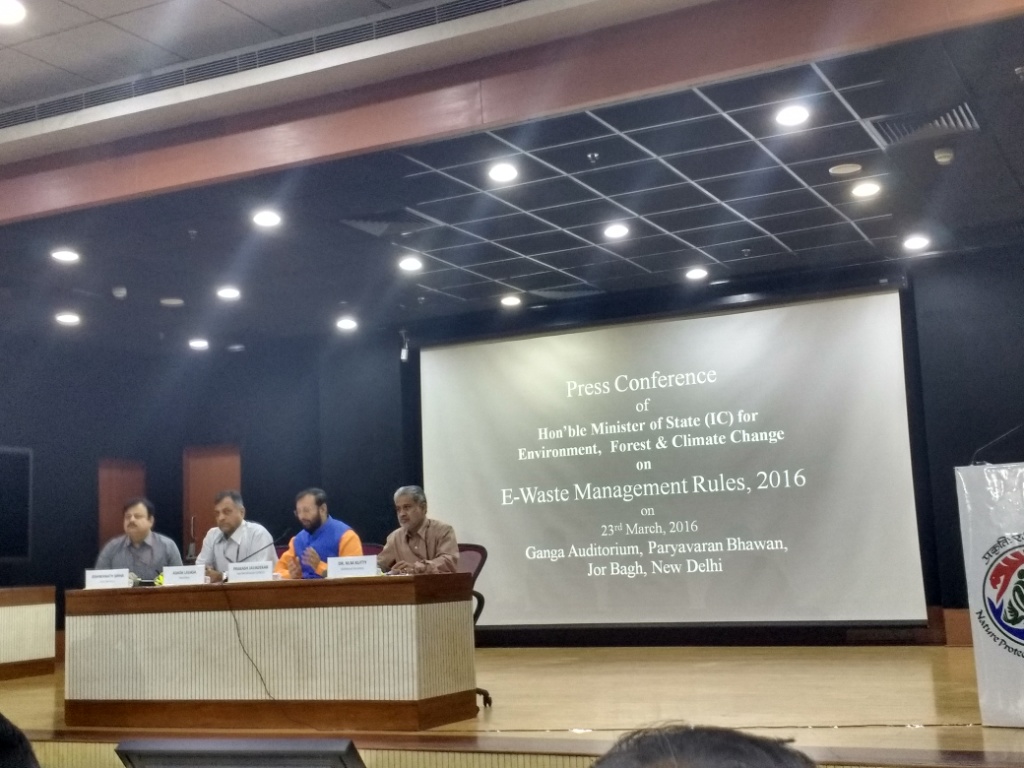 The Union Ministry of Environment on Wednesday notified the E-wastes Management Rules, 2016 and as compared to the E-Waste (Management & Handling) Rules, 2011, these seem to be a welcome change.

The key difference between the previous set and the current one is the "reverse chain" that is mandated to be created by the producers under the Extended Producer Responsibility (EPR) to ensure electronic products are recovered for safe recycling. A "buy back" policy for electronics has also been suggested meaning that the producers can buy the products back for safe recycling. "We are working at providing some sort of incentive to encourage consumers to also help recycle e-waste," said Union Minister for Environment, Prakash Javadekar. Furthermore, the new set has taken cognizance of and has tried to include the informal sector which handles over 90 per cent of e-waste generated in India, in the mainstream. The informal sector will be formalised and the workers will be trained to handle e-waste rather than burning them after extracting the precious metals from them. This will fall under the state’s responsibility to train the workers of the informal sector and including them in the mainstream so as to avoid leakages to the e-waste generated and recycled. The rules have been extended to the bulk consumers like companies that buy electronic goods in masses. “The bulk consumers must collect the items and hand them over to authorised recyclers and it will be the responsibility of the one buying in bulk,” said Javadekar.

The new rules have for the first time included the Compact Fluorescent Lamp (CFL) and other mercury containing lamps and equipment in their ambit. However, the disposal mechanism has not been clearly mentioned thus far and the minister said that it will be done “scientifically.”

The draft notification that was released in June last year did not elaborate on the penal clauses. In fact, the penalty and punishment for non-compliance were the same as mentioned under the sections 15 and 16 of the Environment (Protection) Act, 1986. The sections say that the an imprisonment term that may extend to five years or a fine which may extend to Rs 1 lakh would be the penalty for non-compliance. The penalty clauses under the 2015 rules are not very clear. On being asked about the same, the minister said that it will be notified later.

The minister said that 584 suggestions and objections were received to the draft rules and all the stakeholders including the industrial bodies were involved in drafting the final rules.