Rushikulya dirtier this year, might drive Olive Ridleys away: Research

Rushikulya beach, the second-largest rookery in India, was found to have more solid waste that previous years in a research conducted by Berhampur University in Odisha 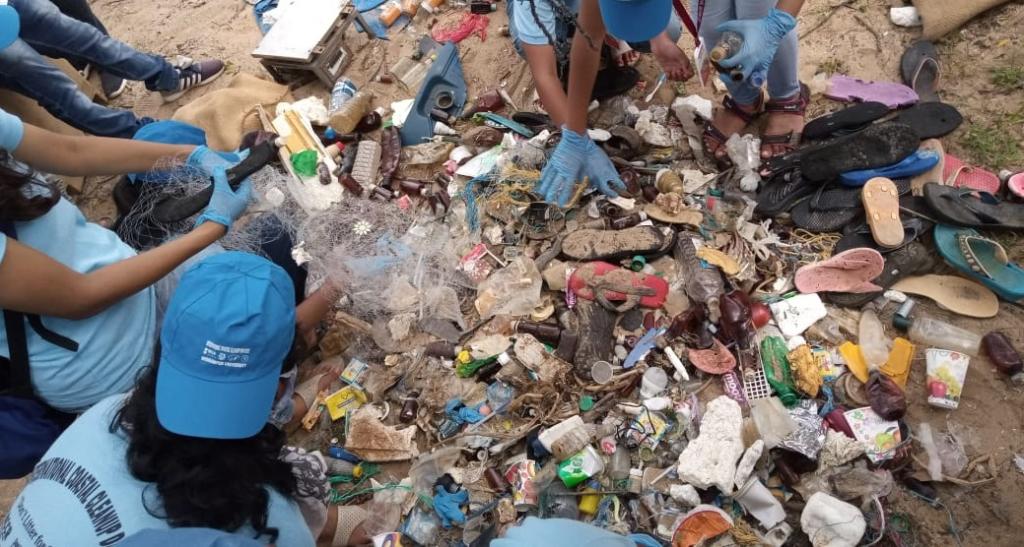 Research conducted by Berhampur University in Odisha has found that the famous Rushikulya beach in the state was more polluted this year than the previous years.

This is despite the state forest department’s claim that it had taken several steps to maintain the mass nesting site of the Olive Ridley turtles near the Rushikulya river mouth.

Scientists from the marine sciences department of the university September 25, 2021, found 4.06 gram solid waste per square metre in the study area of 40,703 square metres.

This was much higher than the previous years’ findings.

The scientists had found less than a gram of solid waste per square metre in the same place in 2019, Pratap Kumar Mohanty, professor at the department, said.

The research was conducted after segregation of solid waste materials collected from the mass nesting sites of the beach, he said.

The scientists also collected around 163.30 kg of eight different types of solid waste from the area under study, during their drive on the occasion of Beach Clean Day.

The marine sciences department of the university collaborated with the National Centre for Coastal Research, Chennai, the Union Ministry of Earth Science and Academy of Techno craft, Berhampur.

They, along with local activists, undertook to clean the beach and collected solid wastes from the area for their research. The area under study stretches from Gokharakuda to New Podampeta, the main mass nesting site.

“After collecting different solid wastes from the area, we segregated the same and analysed in the department laboratory,” he added.

Olive Ridley turtles might not prefer to visit Rushikulya if solid waste increased there. This might spell doom for India’s second-biggest rookery for Olive Ridleys, Mohanty said.

Rushikulya is located in Ganjam district. The largest mass nesting of Olive Ridleys in the country is Gahiramatha in Kendrapara district.

Amlan Nayak, the divisional forest officer (DFO) Berhampur, said Rushikulya was cleaned before the arribada or mass nesting every year.

The present debris collected by the university might have washed ashore as the Rushikulya river had been in spate recently, due to heavy rains, he said.

Biswajit Mohanty, secretary of Wildlife Society of Odisha, a non-profit, however said it was not possible to accumulate such huge quantities debris in a small area through the river water, when there had been no major flood in Rushikulya recently.

He said the solid waste had taken several months to accumulate.

“The forest department needs to regularly clean the beach to ensure the smooth nesting of the Olive Ridleys,” Mohanty said.