When it comes to managing their waste, small cities are showing the way through key policies and strict monitoring 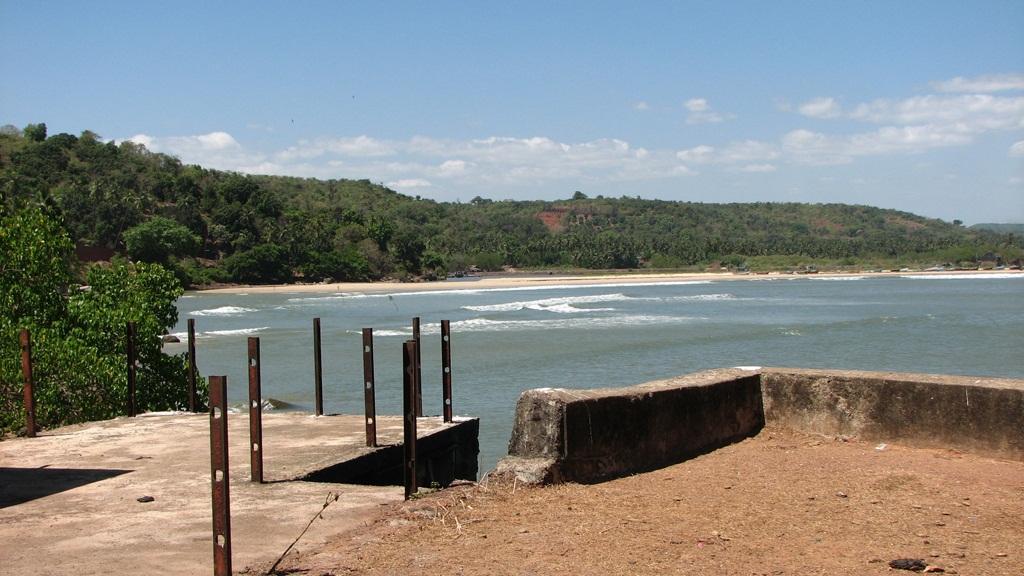 small municipalities and mid-size cities are outperforming large cities in the way they manage their waste. Credit: Credit: Wikimedia commons

Three years ago, Umesh Lad, a resident of a coastal town in Maharashtra’s Sindhudurg district, was about to sell his home due to the foul smell emanating from a 2.6-hectare dumpsite nearby before a remediation of the site changed things for the better. “Today, I feel like I live facing a park,” he says. Welcome to Vengurla, one of the few towns in India to have converted a dumpsite into a waste management park called the Swachh Bharat Waste Park.

The cities were assessed for their performance in 2017-18 on parameters like waste segregation at source, efficiency in collection and transportation of waste, processing of waste, disposal in landfill, adoption of decentralised systems, inclusion of informal sector, enforcement of solid and plastic waste management rules, e-waste collection and innovation.

Public participation is a must for any city to become clean besides waste segregation at source, says Vengurla’s ex-chief officer Ramdas Kokare, who took over in 2015 and is credited for its transformation. The town has achieved more than 95 per cent of segregation in three years. It is also one of the very few towns generating revenue from waste, earning Rs 1.5 lakh per month by processing about seven tonnes of waste produced every day. In November 2016, it banned plastic bags of less than 50 microns and imposed fines for any violation, littering and non-segregation. A defaulter is fined only after two warnings and implementation is ensured by a close monitoring mechanism. The waste park flaunts a biogas plant, a briquette-making plant, a segregation yard and a plastic crusher unit today besides fruit trees and an organic farm. “The idea was to make waste management look hygienic and pristine, not a mess as it is generally perceived to be,” says Kokare.

Once known as the kachra (garbage) point, Panchgani is today a beautiful hill station, among the cleanest in the country. The city, with a population of 14,000, achieved 100 per cent segregation in four years. It generates seven tonnes of waste every day and processes every bit of it. There is a composting facility in the city, where 3.5 tonnes of wet waste is treated every day, and helps generate revenue.

The bulk generators like parks are also composting in situ. Being an eco-sensitive zone, the dry waste is sent to the recycling centres in Pune. The saleable dry waste is sold to waste collectors, generating more revenue. The non-recyclable plastic is shredded and sent to a contractor to build roads. The city has no disposal facility; the landfill has been turned into a public park, which is now a major tourist attraction. 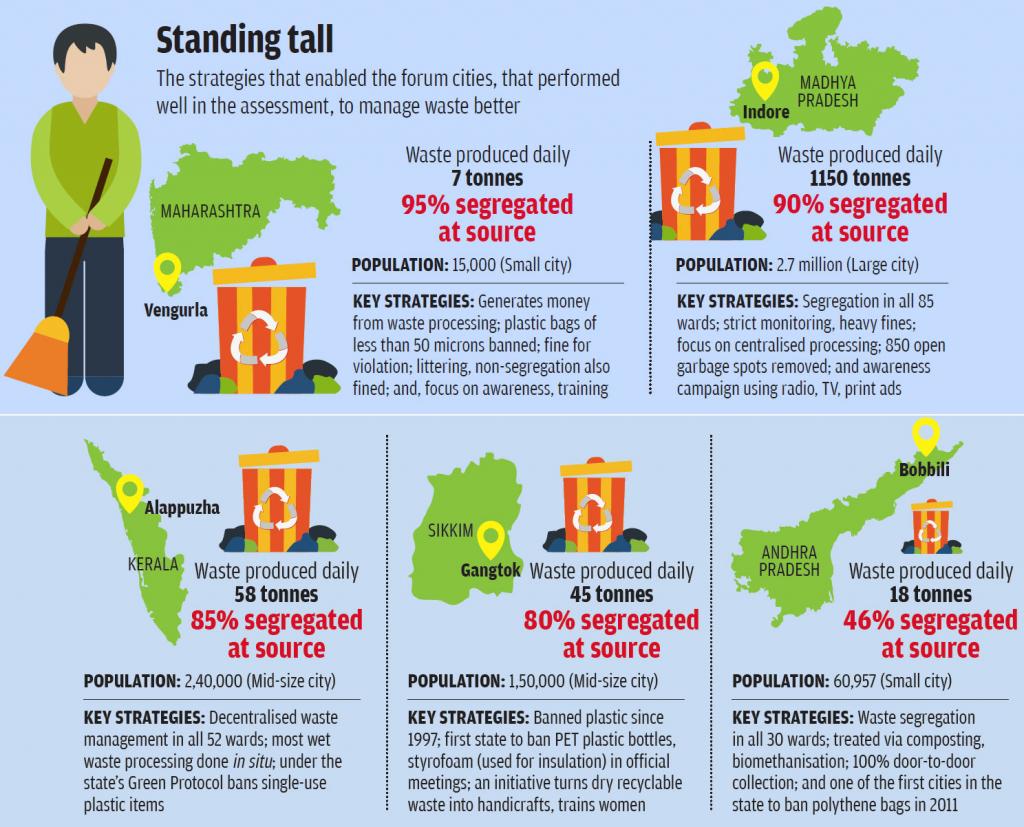 Alappuzha in Kerala practices decentralised waste management in all its 52 wards. Eighty per cent of its residents consider garbage disposal as important as eating food. The municipality collects only dry waste and most of the wet waste is processed by the residents at the source. Under Kerala’s Green Protocol, single-use plastics are banned.

Technologies for installation of biogas and compost plants in households are subsidised and 15-20 tonnes of wet waste is treated in the 23 aerobic composting centres in the city every day.

In Indore, 400 volunteers from non-profits as well as radio jingles, television and print advertisements, and slogans painted on one-and-a-half lakh square metres of wall space across the city have built a strong awareness campaign. Waste segregation takes place in all 85 wards under strict monitoring. Defaulters pay heavy fines (spot fine collection has been roughly Rs 80 lakh in the last 18 months as per Indore Municipal Corporation) and around 850 open garbage spots have been removed.

In Bihar, Patna and Gaya received only the 1 Leaf Award. Delhi-NCR also performed poorly, with south and east Delhi municipal corporations receiving the 2 Leaves Award, while Gurugram got just 1 Leaf. The Indian Institute of Technology Delhi recently noted that no restoration of the Ghazipur landfill site—where over 1,600MT of solid waste is dumped daily, 17 years after its scheduled closure—was possible. The landfill’s height has touched 65 metres and is extremely vulnerable to accidents.

Segregation percentage of south and east Delhi is below 33 and they landfill nearly 50 per cent of their waste. “What is required is source-segregation, proper treatment, recycle and reuse. Zero landfill should be the goal of municipal waste management in India,” says Chandra Bhushan, Deputy Director General, CSE. S P S Parihar, Chairperson, Central Pollution Control Board, says adopting the policy of reusing and recycling is critical, and CSE Forum can “help identify those catalysts”. The forum cities will further work to adopt bylaws as per the Solid Waste Management Rules, 2016 and focus on strict implementation of plastic ban.