Swachh Survekshan 2018 should be more than visibly clean 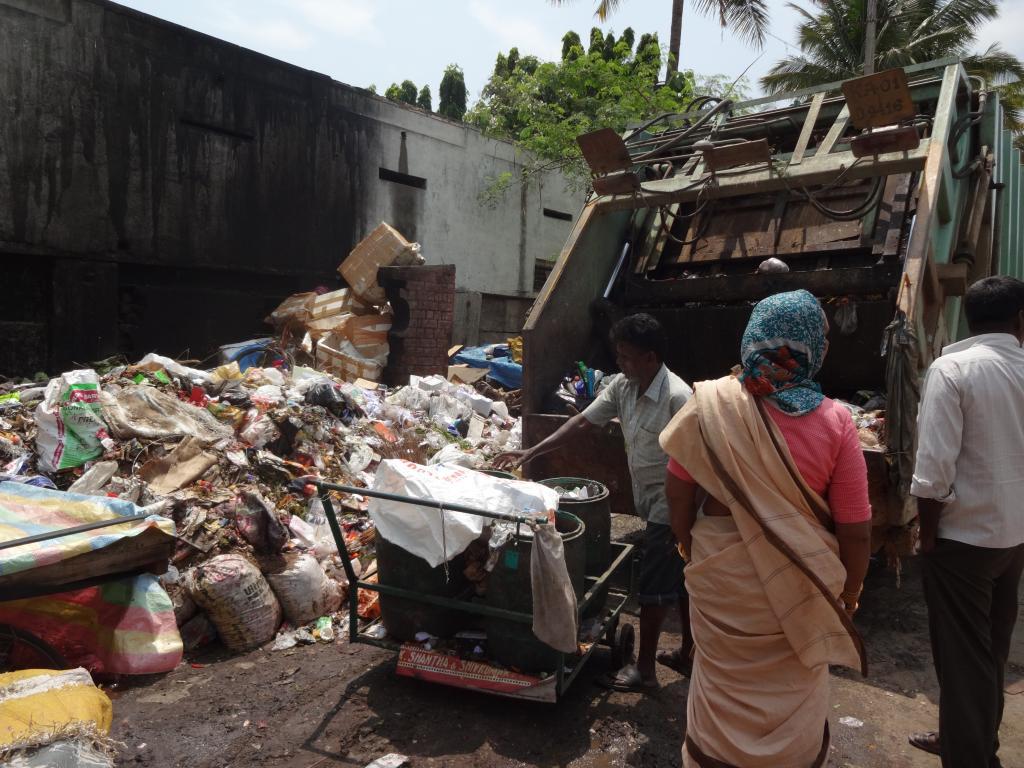 Majority of the top 50 cities have low segregation percentages, and very compromised systems for processing and disposal, says CSE's assessment of the Swachh Survekshan 2018 results.

The government did a study, awarded winners but how reliable is it?

On June 23, Prime Minister Narendra Modi and Union minister of housing and urban affairs Hardeep Puri gave out awards to cities that excelled in 49 different categories such as cleanest city, best solid waste management, highest citizen feedback, best innovation and best practices, and fastest mover cities, etc. These awards were based on the Swachh Survekshan 2018, a pan-India study conducted by the government to assess the state of cleanliness of the country.

Three states—Jharkhand, Maharashtra and Chhattisgarh—were adjudged the best performing states. The national ranking was done for 485 cities with a population size of more than 1 lakh, while other cities were given zonal rankings.

But the Centre for Science and Environment (CSE)’s assessment of the Swachh Survekshan results, says that although the methodology has definitely made significant improvements, it does not reflect in the results. The CSE study shows that while the method followed to assess segregation, innovation and decentralised treatment is way better than last year, the results failed to show that majority of the top 50 cities have low segregation percentages, and very compromised systems for processing and disposal. 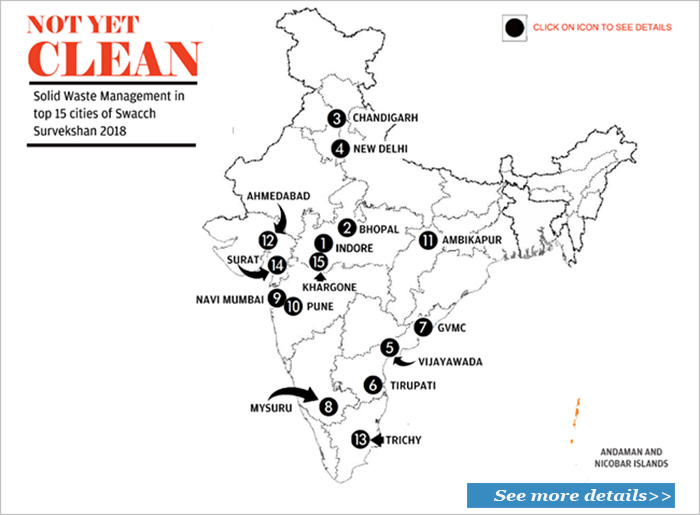 Indore, which ranked as the cleanest city in the country, has definitely created systems for segregation, collection, processing and disposal, but its model has been found to be highly capital-intensive. It is based on centralised processing and many cities cannot afford to manage their waste with such a capital-intensive waste management system.

Eleven out of the top 50 cities are from Madhya Pradesh. Though, collection has drastically improved in these cities, segregation at source, processing and disposal is still a concern.

Chandigarh, the third cleanest in the recent results, has no effective system to segregate waste at source. The city has received much flak in the recent past from its residents for its ineffective collection and transportation of waste. The city’s processing plant, managed by the Jaypee group in Dadu Majra, has been under legal turmoil.

In North Delhi Municipal Corporation (ranked 4) and South Delhi Municipal Corporation (ranked 32), garbage disposal has been mechanised by using waste compactors, but 80 per cent of the waste processing happens at waste-to-energy plants. And, the waste-to-energy plant in Okhla has been under intense scrutiny for causing pollution.

Tirupati (ranked 6th) also won India's Best City award for solid waste management as 1-3 lakh population has a segregation rate of just 30 per cent. Similarly, Ghaziabad, which was awarded as the ‘Fastest Moving City’, has a very poor source segregation rate and hardly any waste is processed.

Chaibasa in Jharkhand, which received the best city award in the solid waste management- East Zone category, and Ranchi (ranked 21) have no waste management system at all on the ground. All the unsegregated waste is being indiscriminately dumped. Of all the awarded cities, Varanasi (ranked 29 nationally), Samthar and Aligarh in Uttar Pradesh also do not have an end-to-end waste management system in place. Jaipur (ranked 39) in Rajasthan has a centralised composting plant (handles mixed waste) and a dump yard where all the garbage is indiscriminately discarded.

On the other hand, Ambikapur awarded for ‘Best Innovation and Best Practice’ in 1-3 lakh population category (ranked 11 nationally), has a remarkable decentralised waste management system. The rate of source segregation in the city is also commendable. The CSE’s assessment found that many of the towns and cities in Maharashtra are practising source segregation and are moving towards effective waste management solutions. Panchgani, a small hill town in Maharashtra, topped in the zonal rankings of the Survekshan 2018.

CSE has been working with 26 cities under the ‘Forum of Cities that Segregate’ initiative to push cities for 100 per cent source segregation and build effective systems for waste management. Many of the cities in the forum have been acknowledged in the recent Survekshan.

However, there still seems to be a lack of push for complete decentralised solutions in the Survekshan rankings. The cities should shift their focus towards creating end-to-end systems to support segregation with effective processing and disposal mechanisms not just on papers but also in practice. Survekshan should capture this.