In absence of robust framework and infrastructure, segregation of domestic hazardous waste remains a distant dream for most Indian cities 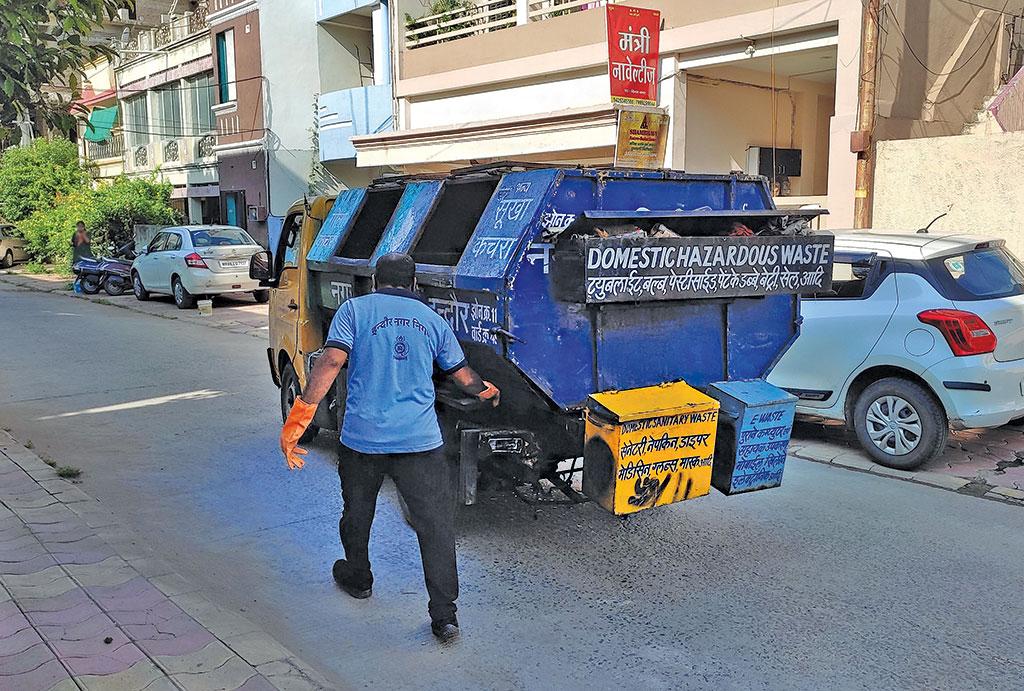 Harmful chemicals have become a constant companion of modern life. They are used to sanitise houses, power bulbs and tube lights and they even find safe refuge in medicines, ointments and the like. While these potentially dangerous products are handled with extreme care at home, similar caution is not exercised when throwing them out with household garbage.

The reckless handling of such toxic garbage, classified as domestic hazardous waste, continues even outside households because of the country’s vague legal framework and a virtually non-existent management mechanism. As a result, such hazardous waste, though produced in small quantities, piles up in landfills and other dumping grounds.

According to the the US Environmental Protection Agency:

The dangers of such disposal methods might not be immediately obvious, but improper disposal of these wastes can pollute the environment and pose a threat to human health.

Yet, India continues to live in denial. The country, which has close to 8,000 towns and cities as per Census 2011, has never officially estimated the domestic hazardous waste it generates. Traces of this toxic waste, though, can be found in most landfills. In 2020, researchers from the Indian Institute of Technology (IIT) Delhi and IIT Bombay analysed fine particles from eight dump sites across the country — including Delhi, Mumbai, Kadapa (Andhra Pradesh), Hyderabad and Ahmedabad.

They found a significant level of toxic heavy metals and persistent organic contaminants like pesticides in these particles. There is a very real possibility that a large portion of this toxicity is due to dumping of domestic hazardous waste. But in the absence of proper monitoring there is no way of ascertaining just how much.

The definition is not exhaustive, and so leaves a lot to the imagination of individual households and local government bodies such as Panchayats and municipalities. For example, the rules leave out cigarette butts even though they contain traces of heavy metals and other chemicals.

Further, according to the rules, households must segregate waste into wet, dry and domestic hazardous categories. Local government bodies must collect the hazardous waste, and / or set up collection centres every 20 km so households can deposit it on their own.

The local authorities must then safely deliver the collected waste to disposal facilities. The rules also direct the authorities to develop the necessary infrastructure and sensitise people by 2018. But none of these requirements have translated on the ground.

“More than half of the municipal solid waste is biodegradable, followed by dry waste and inerts. While domestic hazardous waste is generated in small quantities, if not handled separately, it can contaminate the entire quantum of waste,” said Asad Warsi, consultant at the Indore Municipal Corporation, the only local government body in the country that segregates and treats domestic hazardous waste (see box ‘The lone exception’ below).

Even if the waste is collected, the country does not have enough disposal facilities to safely treat them. A disposal facility typically has engineered landfills that stop the percolation of toxic leachate into the ground, and / or controlled incinerators. Currently, there are only 45 of these facilities, as per the Handbook on Chemicals and Hazardous Waste Management and Handling in India released in 2019 by the Union Ministry of Environment, Forest and Climate Change.

Their distribution remains skewed. At least 18 states and Union Territories, including Delhi, Bihar and Assam, do not have safe disposal facilities. Twelve others such as Punjab and Haryana, have one facility for the entire state.

Given the poor performance, the country may consider including hazardous waste under Extended Producer Responsibility (EPR), a policy intervention where manufacturers have the responsibility of collecting and channelling their post-consumer products. India currently has an EPR policy only for plastic products and electronic and electrical equipment. In Canada, domestic hazardous waste has been under EPR since the 1990s.

The policy has relieved the government and taxpayers of the cost of domestic hazardous waste collection.