Controversy mars India's ambitious target of generating 800 MW of energy by burning waste. Ironically, the country does not even generate appropriate waste to sustain these waste-to-energy plants

South Delhi residents protest against the pollution caused by the Okhla waste-to-energy plant. The plant, like most in the country, prefers collecting unsegregated waste (Photo: Toxic Watch Alliance)

On March 23, 2019, over 300 South Delhi residents organised one of the largest open-chain rallies to protest against the Okhla waste-to-energy (WTE) plant. Their grouse was that the plant, located in the heart of the city to generate electricity from municipal waste, is spewing toxic fumes, filling the atmosphere with stench and making people ill. More than 1 million people live in the residential colonies that surround the plant.

"The number of asthma patients admitted to emergency and intensive care units has gone up since the plant was set up," says Shailendra Bhadoriya, consultant cardiologist, Fortis Escorts Heart Institute, one of the three hospitals in the plant’s vicinity. Vinayak Malik, secretary of Sukhdev Vihar Welfare Association, one of the residential colonies closest to the plant, alleges that every day open trucks transport toxic ash and discarded waste from the plant to the Okhla landfill site 8 km away. "If the government does not act immediately, we will boycott the Lok Sabha elections," he says.

The Okhla plant, like most WTE plants in the country, has remained controversial since its inception. In 2009, a public interest petition was filed in the Delhi High Court against the plant proposal. It was still commissioned in 2011.

“Doctors and residents highlighted the inevitable environmental consequence of having a plant that basically burns waste. Yet, the court gave the project a go-ahead,” says Ranjit Devraj, a resident of Sukhdev Vihar and member of the Supreme Court-appointed committee on waste management set up in 2018. Now, the plant is increasing its capacity from 16 megawatt (MW) to 40 MW.

India is betting high on WTE plants. The NITI Aayog has a target of constructing WTE plants with total capacity of 330 MW in 2017-18 and another 511 MW in 2018-19 under the Swachh Bharat Mission. It has also proposed the Waste to Energy Corporation of India, a nodal agency to set up plants through public-private partnership.

In September 2017, the National Thermal Power Corporation invited developers to set up 100 WTE plants in the country.

The government’s enthusiasm in WTE is not shared by many. “Why is the government planning backwards when it comes to waste management? Initially, it focused on landfills and now, after widespread protests, the focus has shifted to WTE plants,” says Shibu Nair, director, Thanal, a think tank based in Thiruvananthapuram which trains communities on zero waste management. The government should instead focus on minimising and segregating waste at source and then compost and recycle the waste.

“WTE should be the third step in the waste process where only rejects, such as rubber tyres, multi-layer plastics and paper, are sent. The last step is a sanitary landfill site,” he says, adding that the government is rooting for WTE plants because it is the easiest way to give the impression that something is being done.

India’s experience with WTE plants has been unsatisfactory. The country’s first WTE plant was set up in 1987 in Timarpur, Delhi. The Rs 20 crore-plant ran for just 21 days before it was shut down due to poor quality of incoming waste, says a paper by Dharmesh Shah, who works as a policy advisor to Global Alliance for Incinerators Alter-natives (GAIA). The project was officially scrapped in July 1990 after a Comptroller and Auditor General inquiry, ordered by the Delhi High Court, found that the government had spent Rs 1.25 crore on maintaining and insuring the inoperative plant. Since then, 14 more WTE plants of 130 MW capacities have been installed in the country. Out of these, half have already been closed down and the remaining are under scrutiny for environmental violations (see ‘A great gamble’,). 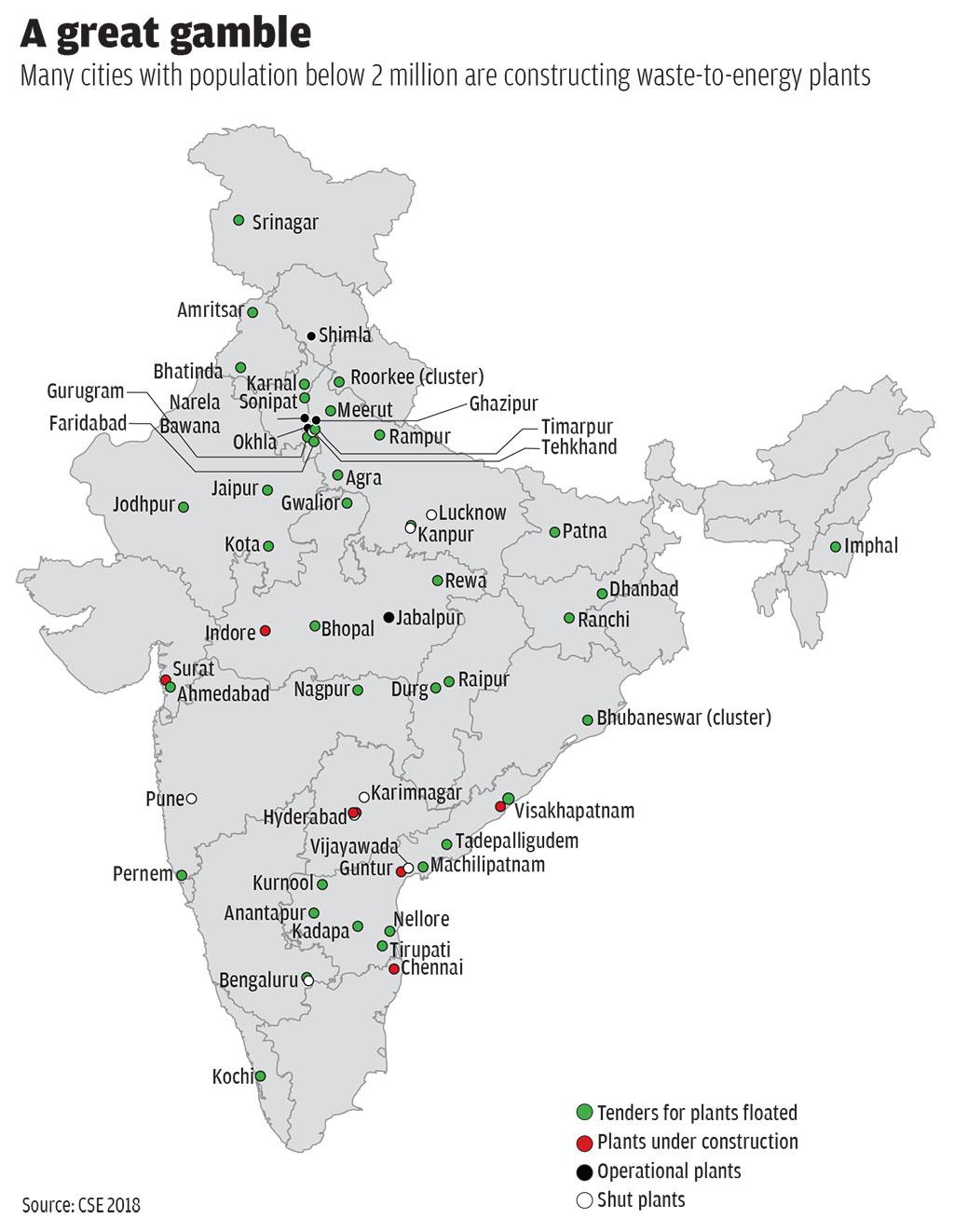 Amsterdam, the capital city of the Netherlands, has one of the biggest incinerator-based WTE plants in the world, which treats about 4,400 tonnes of waste every day and has an electricity efficiency rate of over 30 per cent, the highest in the world. It produces 1 million megawatt-hour of electricity and up to 600 giga joules of heat annually, which is enough to service 0.32 million houses in the city. There are over 2,450 WTE plants in operation worldwide, with a capacity of around 330 million tonnes of waste per year.

The same technology, however, has failed in India because of three peculiar reasons. The first is the quality and composition of India’s municipal waste. Most cities in India still collect unsegregated waste, which has high moisture content (around 50 per cent) and low calorific value (the amount of heat or energy produced when waste is burnt). The calorific value of the mixed waste in some of the WTE plants is so low that they use additional fuel to burn. The calorific value of waste in India is 1,411-2,150 kcal/kg, as per To Burn or Not to Burn: Feasibility of Waste to Energy Plants in India, a report recently published by Delhi-based non-profit Centre for Science and Environment (CSE). Waste should at least have 1,800 kcal/kg for self-sustaining combustion. Garbage in Sweden, Norway and the US, which have successful WTE plants, ranges between 1,900-3,800 kcal/kg. The CSE report adds that low calorific value was the reason behind the closing of WTE plants in Vijayawada, Bengaluru, Kanpur, Hyderabad, Lucknow, and Karimnagar. Yet, the Ministry of New and Renewable Energy in 2007 told the Supreme Court, which was hearing a case on the closure of WTE plants in Lucknow and Hyderabad, that WTE plants can function on unsegregated waste. Interestingly, most WTE plants in the country prefer unsegregated waste as they receive a lucrative tipping fee from municipal bodies for direct waste collection. “Since… tipping fee is paid on quantity, not quality, operators are inclined to get heavy and unusable unsegregated waste. This substantially adds to the processing costs, and the waste has high amounts of rejects and little resource recovery,” says the report. 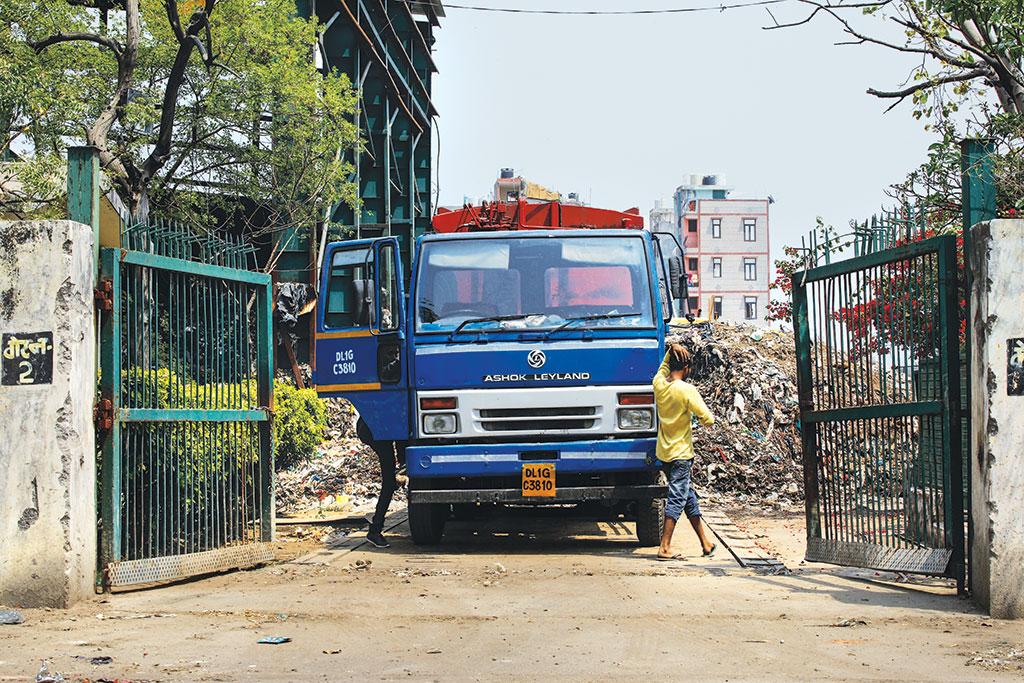 Secondly, India’s WTE plants remain expensive despite several subsidies that are roughly equal to 40 per cent of the project cost. The Manual on Municipal Solid Waste Management, 2016, says the Centre provides urban local bodies financial incentive of Rs 1.5–3 crore per MW for supplying garbage free of cost to WTE sites and land on long-term lease at a nominal rent. State nodal agencies are further given Rs 5 lakh per MW to promote, coordinate and monitor WTE projects.

There is also a concessional customs duty on imported parts. Yet, the plants sell electricity at Rs 7 per kWh (kilowatt hour), which is twice the sale price of electricity from coal and solar plants ( Rs 3-4 kWh). “They (WTE) are generally small and produce less electricity than other thermal power plants… The result is that the cost of power generation from WTE is the highest among all major sources of electricity,” says the CSE report.

The last reason is the repeated violations by most WTE plants which has triggered widespread protests and, at times, hefty penalties from the court. In 2016, the National Green Tribunal slapped Rs 25 lakh fine on the Okhla WTE plant for affecting the environment. Similarly, while all the four operational incinerator-based WTE plants in the country have installed Continuous Emission Monitoring Systems (CEMS), which sends real-time pollution data to the environment ministry and the Central Pollution Control Board (CPCB), the implementation has been lax. CSE, in all the annual assessments between 2016 and 2018, found a lack of equipment standardisation, faulty installation, and inadequate maintenance in most plants. They also found that data could be fudged easily in most CEMS.

India’s obsession with incineration-based WTE plants comes at a time when the developed world has moved to cleaner alternatives. “Incinerator plants are on the verge of being phase-out in the developed world and countries are working to move towards a circular economy. Thus, to make their sales, these developers are approaching developing nations especially India and China,” says Shah. According to German development agency GIZ, many countries have shifted to gasification and pyrolysis—including plasma pyrolysis—as these are technically and financially viable alternatives to waste incineration.

The US has not set up a single incinerator-based WTE plant since 1997 as the US Environmental Protection Agency and the European Commission have developed comprehensive standards for municipal solid waste incineration. Shah adds that the three regions with significant reliance on incineration—North America, Europe and Asia (Japan, Singapore, Korea, Taiwan)—are trying to minimise waste generation and maximise recycling. Japan incinerates close to 74 per cent of its waste because of limited land for landfills. It, however, segregates waste at source into more than eight streams to ensure maximum recycling. The country also follows strict norms and has modernised 21 major plants in line with the European standards. 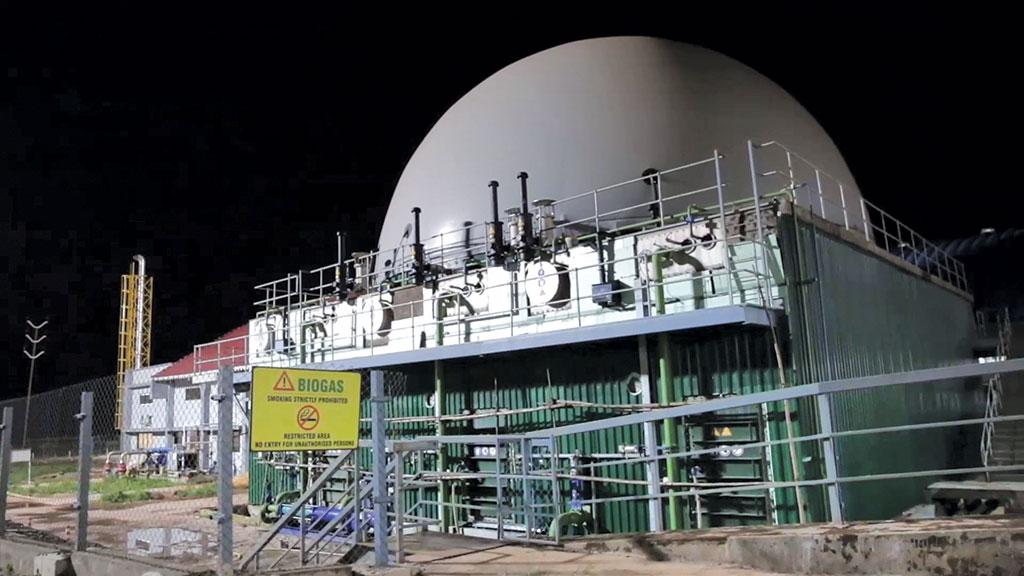 Closer home, the Goa State Solid Waste Management Cell has success-fully set up a biomethanisation-to-electricity plant to treat 40 tonnes of wet waste to produce 0.2–0.3 MW of electricity. The plant collects mixed waste from 25 coastal towns and villages and sorts it using machineries. The plant’s WTE technology is based on anaerobic digestion, where micro-organisms break down biodegradable material in the absence of oxygen.

The process provides volume and mass reduction of the input material. Two products are formed by this—system biogas and digestive. The biogas generated is passed through a scrubber to remove hydrogen sulphide and then through a chiller unit to remove moisture. This clean gas is used to generate electricity through a gas engine. Half of the electricity produced is used in-house, while the rest is supplied to the grid.

India needs WTE plants, but the current approach has to change. For the uninitiated, only segregated waste should be burnt. The Centre also needs to pragmatically decide on the number of WTE plants needed. Of the 55 million tonnes of municipal solid waste generated every year, only about 15 per cent is non-biodegradable, non-recyclable, high-calorific value waste.

This comes to about 30,000 tonnes of waste per day for WTE plants. “The total waste treatment capacity of the 48 existing, under-construction and proposed WTE plants is over 37,000 tonnes per day. The question we need to ask policymakers, plant owners and cities is: Where is the waste to burn in WTE plants?” asks Chandra Bhushan, deputy director general, CSE.

As the country grows, so does its waste. There is clearly a need for different technologies to manage waste sustainably. But the choice of technology—whether waste will be burned or recycled or composted— depends on the quality of waste.

The recent Okhla protests and past experiences clearly indicate that WTE cannot be the first choice to manage municipal solid waste in India. They can at best be an option for a fraction of the waste that cannot be managed by other technologies.

(This article was first published in Down To Earth's print edition dated April 16-30, 2019)