129 tonnes of fish die due to lake contamination; Telangana springs into action

Laboratory tests confirm presence of chloromethane in water, a solvent used in the pharmaceutical industry 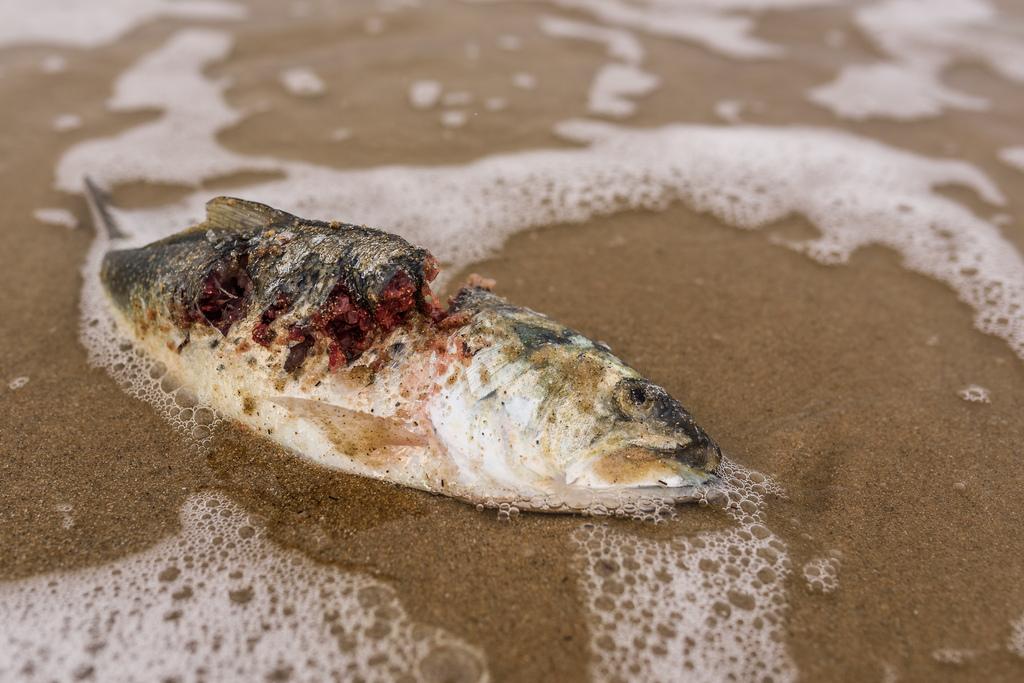 Contamination of lake is a problem that has been brewing in Telangana for quite some time now. Credit: AER Wilmington DE / Flickr

Millions of fish have died in Gandigudem Lake due to discharge of toxic effluents by pharmaceutical companies in Kazipally Industrial Estate, located in Telangana’s Sangareddy district. The recent development has come as a rude awakening for the state.

On October 4, locals started noticing fishes being washed ashore. Soon, hundreds of them were seen lying dead. As they started decomposing, the stench could be felt from few hundred metres away.

After receiving a complaint from the Fishermen Cooperative Society, local police filed a criminal case against five pharmaceutical companies: Aurobindo Pharma, Hetero Drugs Limited, Mylan, SMS Pharma, and Vantec and Sriram under Section 277 and Section 278 of the Indian Penal Code for polluting water of public reservoir and creating an atmosphere that is detrimental to health.

The Telangana State Pollution Control Board (TSPCB) has collected 72 samples from the lake, out of which 10 have traces of chloromethane, a solvent used in the pharmaceutical industry. Chloromethane is known to affect neurological and reproductive systems in humans.

Interestingly, the 266-acre lake was not linked to the Kazipally Industrial Area, until recently, when a local politician allegedly diverted the water of Kazipally Lake into Gandigudem. “We discovered this only two days back when our staff visited the site. Earlier, the effluents from the industries used to get collected in seepage tanks and later shifted to treatment plants. With consecutive days of heavy rain, the effluents spilled over and found their way to the Gandigudem Lake. Due to this contamination, 129 tonnes of fish died, causing a loss of Rs 1.04 crore,” says TSPCB member secretary P Satyanarayana Reddy.

According to Reddy, results of about 45 out of 72 samples have come. “In the next two days, the reports of all the samples will be ready, following which action will be taken against the industries. They will have to pay for contaminating the lake water and the money will be given to fishermen as compensation. Further actions will be taken based on the final report and other evidence,” he adds.

Contamination of lake is a problem that has been brewing in Telangana for quite some time now. Take Medak district for example. Located north of Sangareddy district, Medak is home to over 300 pharmaceutical firms. Effluents, laced with antibiotics, are discharged by these industries into the lakes, making them breeding grounds for resistant bacteria.

In the first week of October, heavy rain led to Saroornagar Lake spewing foam. In case of Isnapur Lake, the TSPCB has banned seven companies from releasing their toxic waste into the lake. However, a lot needs to be done to treat its contaminated water.

While harmful chemicals from nearby industrial units are plaguing lakes in and around the city, not all of them are frothing because of contamination by industrial effluents, according to Reddy. He cites example of R K Puram Lake, which is not in the vicinity of any industrial area. “I have got the water sample tested. The frothing is happening due to high level of filamentous bacteria,” says Reddy. Experts say that these bacteria have a million tail-like phalanges that move rapidly in water, causing lakes to froth up quickly. These bacteria are known to multiply when there is less oxygen in the lake due to sewage and waste.

For the TSPCB, the treatment of domestic sewage remains a challenge. "Out of the 1600 MLD domestic sewage generated by Hyderabad every day, only 700 MLD is treated,” rues Reddy.