As Tanzania’s Lake Rukwa continues to dry up, NGOs focus on sensitising locals 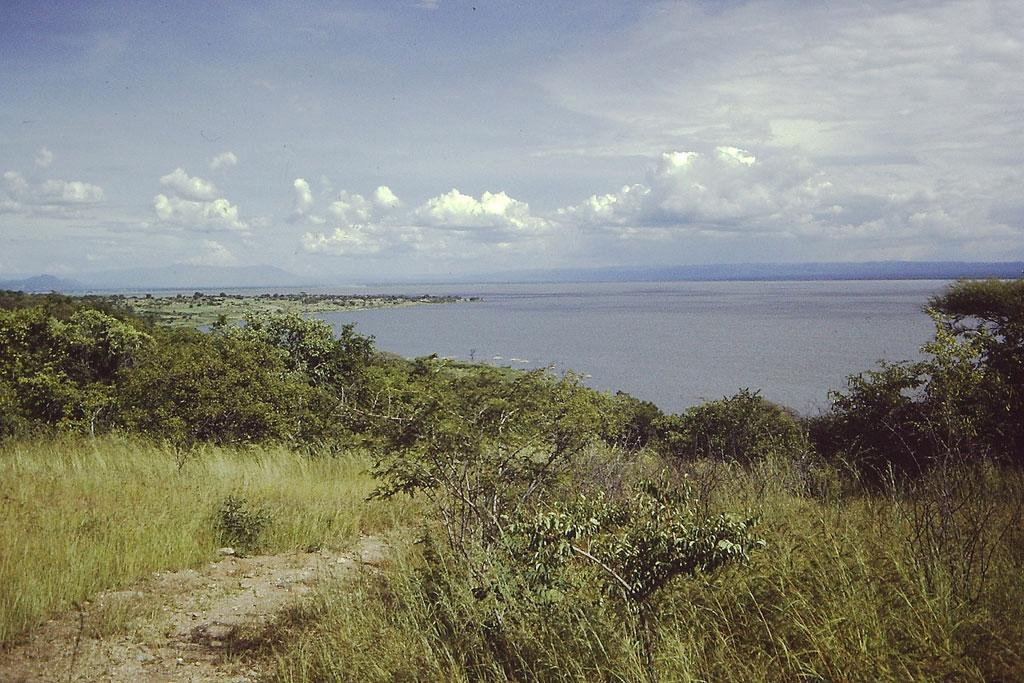 Covering an area of 5,760 sq km, almost half of the lake lies within the Uwanda Game Reserve. Credit: Wikimedia Commons

In the north lies Lake Victoria—Africa's largest lake. To the west is Lake Tanganyika—the continent's deepest lake known for its unique species of fish. Situated parallel to Lake Tanganyika is Lake Rukwa, a water body in southwestern Tanzania that has the largest population of crocodiles in the country.

In the words of January Makamba, Minister of State in the Vice President's Office for Union Affairs and Environment, the ecologically-sensitive region has experienced "colossal environmental degradation". This observation was made in October 2016.

Six months later, in April 2017, the Shared Resources Joint Solutions (SRJS) Initiative was launched in collaboration with the Dutch Ministry of Foreign Affairs, International Union for the Conservation of Nature, Netherland (IUCN NL) and World Wildlife Fund, Netherlands (WWF NL) with an objective saving the lake and the entire Rukwa-Katavi landscape from further degradation. 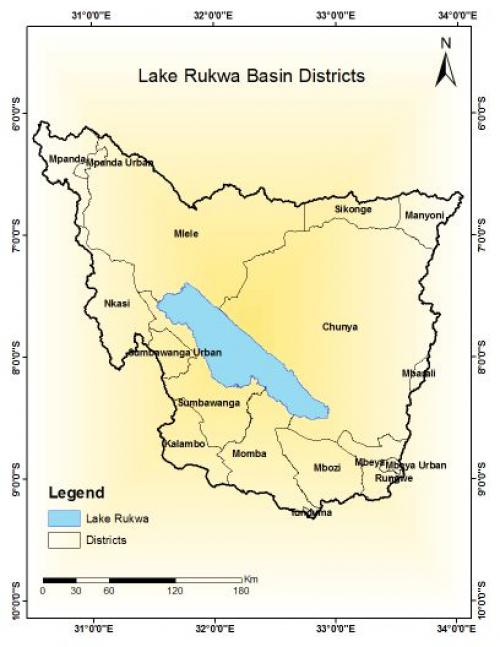 Straddling four regions—Rukwa, Katavi, Tabora and Songwe—the alkaline Lake Rukwa is located midway between Lake Tanganyika and Lake Nyasa at a height of about 800 metres (2,600 ft). Covering an area of 5,760 sq km (2,220 sq mi), almost half of the lake lies within the Uwanda Game Reserve. "Wild animals and associated biodiversity at the Uwanda game reserve, Rukwa game reserve and Lukwati game reserve depend fully on water from this lake for their survival," says Andrew Mariki, SRJS Programme Manager at Kaengesa Environmental Conservation Society (KAESO). The lake basin is frequently visited by hippopotamus, otters and more than 80,000 breeding great white pelicans. The lake is also home to nearly 60 fish species, of which one-third are endemic.

Unfortunately, the depth of the lake significantly dropped from 9.5 metres to 3.4 metres in the last 10 years. The 2014 Bathymetric Survey, which was jointly funded by the USAID and Global Water for Sustainability, had pointed out the waning water level.

Major rivers draining the Lake Rujkwa include the Rungwa River (from the north), Lupa, Chambua, and Songwe rivers (from the south) and the Momba River (from the west). Despite the lake being fed by 17 rivers—both perennial and seasonal ones—it continues to get shallower every year. Intensive damming and development of irrigation systems in villages in the catchment area are reducing quantity and duration of water flow and hence, affecting the availability of water in the lake.

Illegal cultivation on buffer zones by the side of rivers has led to siltation of rivers. Overuse of pesticides for agriculture has also affected the health of the lake. “Local communities are not aware of the damage they are causing by doing cultivation around river banks and in the hills where streams start. Agricultural runoffs, including silt, are causing sedimentation of rivers that feed Lake Rukwa. Even pesticides are also getting mixed with the water. You can tell that by the muddy colour of the water,” says Mariki.  Slopes are deforested for agriculture, exposing the top layer of soil to the first rains. These soil particles are carried by the rivers and deposited when the speed of the flow is reduced in the floodplains of the Rukwa Valley. The quantity and quality of fish catch, essential source of protein and income for locals, is also affected. 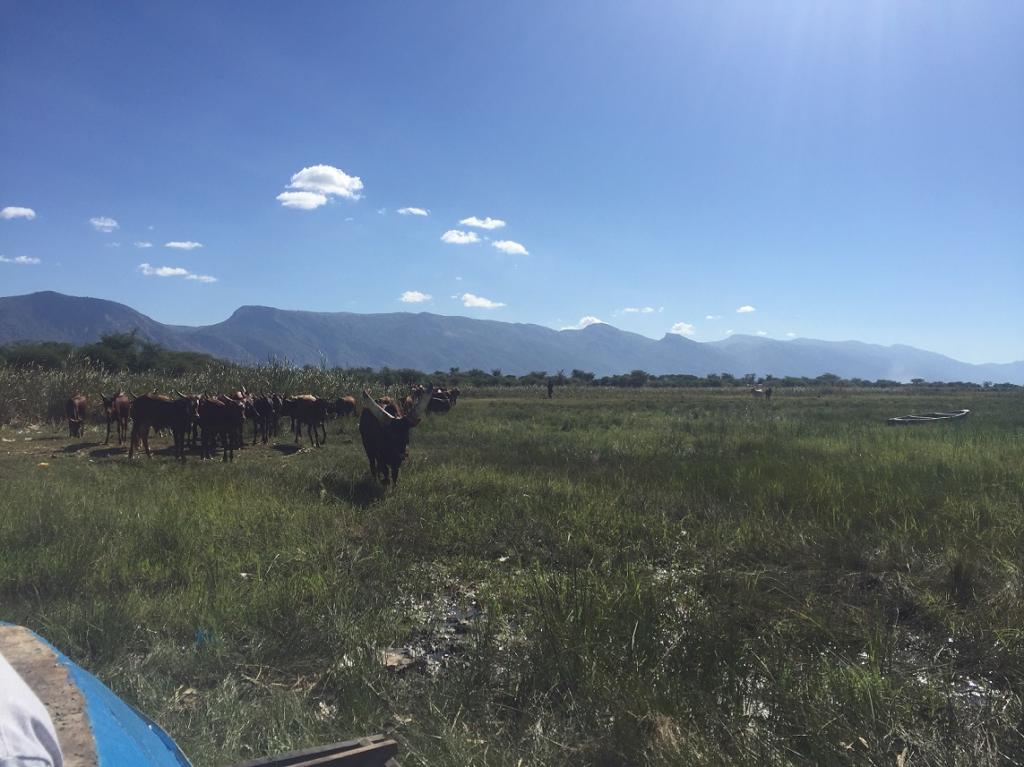 The Rukwa-Katavi landscape has a population of over 1.5 million, mostly Fipa people, who sustain on subsistence agriculture (main crops are maize and paddy) and livestock. While southern Tanzania generally receives rain from November, the rain didn’t happen last year. It started only at the end of February this year. It was not only the timing that was unusual but also the fact that it brought less water than usual. With erratic rainfall and unpredictable climate limiting the scope of agriculture, locals are now becoming more dependent on livestock to ensure food security. But the population of cattle is very high compared to the carrying capacity of the area and Lake Rukwa comes under further stress to quench their thirst. “More than 80 per cent of the water from this lake is now used for domesticated livestock,” confirms Mariki.

Mining is rampant in the region and so is mercury contamination. While artisanal and small-scale mining continues to be a hope for locals, processing of gold ore with mercury is a major concern as the same mercury reaches the river that feeds Lake Rukwa. The colour of the lake’s water now resembles that of a cesspool. 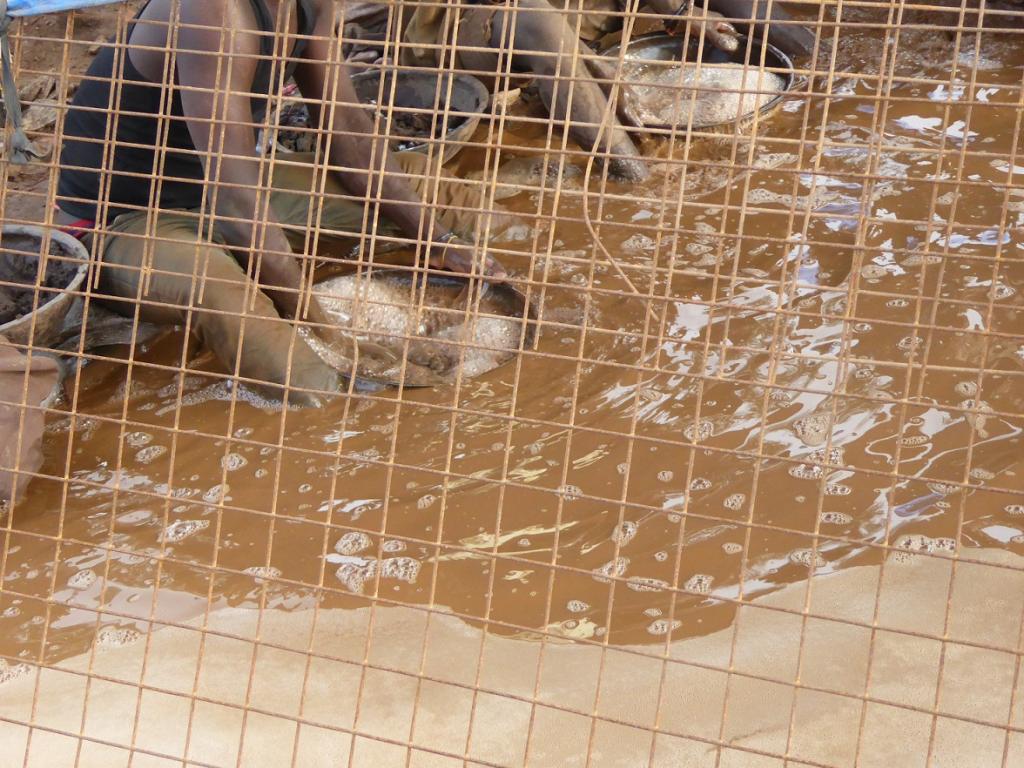 What does the country’s law say?

The lesser protected areas (LPAs) constitute 18 per cent of Tanzania’s land surface. They include Game Controlled Areas (GCAs) and Open Areas (OAs) where extractive resource use is permitted under license. Lake Rukwa belongs to the latter category.

Problems are known by now: poor land use planning, unsustainable agriculture, lax implementation of environmental regulations and a civil society that’s not strong enough to act as a public interest watchdog. The SRJS initiative, which is expected to run until 2020 at an estimated budget of US$ 1,055,120, is headed by KAESO—an NGO based in Sumbawanga municipality in Rukwa region.

By partnering with Lawyers Environmental Action Team (LEAT), Action Aid Tanzania and HakiArdhi, KAESO will “mobilise and establish dialogues with key stakeholders; build institutional capacity of the civil society organisations and support the policy development for the establishment of responsible investment in mining”.

The initiative will look at implementing Strategic Environmental Assessment (SEA) around Lake Rukwa basin. This will complement the use of Environment Impact Assessment (EIA) and Integrated Water Resource Management (IWRM) for Lake Rukwa.

Another challenge that the SRJS initiative has taken up is Social Accountability Monitoring (SAM) for local government authorities and communities to ensure that all environmentally-damaging human activities around Lake Rukwa are controlled. Limiting livestock population around the lake and protecting rivers that feed into Lake Rukwa are some of the measures on the agenda.

Through this initiative, the advocacy organisations also plan to lobby with the government to ensure effective enforcement of laws and policies related to the conservation of biodiversity, natural resource management. This lobbying will be done through different forums and workshops.

From May this year, capacity development training has started to sensitise local communities and community-based organisations (CBOs) on how to protect the lake and the associated rivers. It would help them create awareness about local laws so that they are better equipped to question illegal or environmentally-damaging activities.

But where does the government figure in all this? Has it intervened so far? “Yes, it has started to initiate some activities. Lake Rukwa Basin Water Board, established under the Ministry of Water, has started integrated water resource management programmes. The National Environment Management Council (NEMC) has started community awareness training,” Mariki tells Down To Earth.